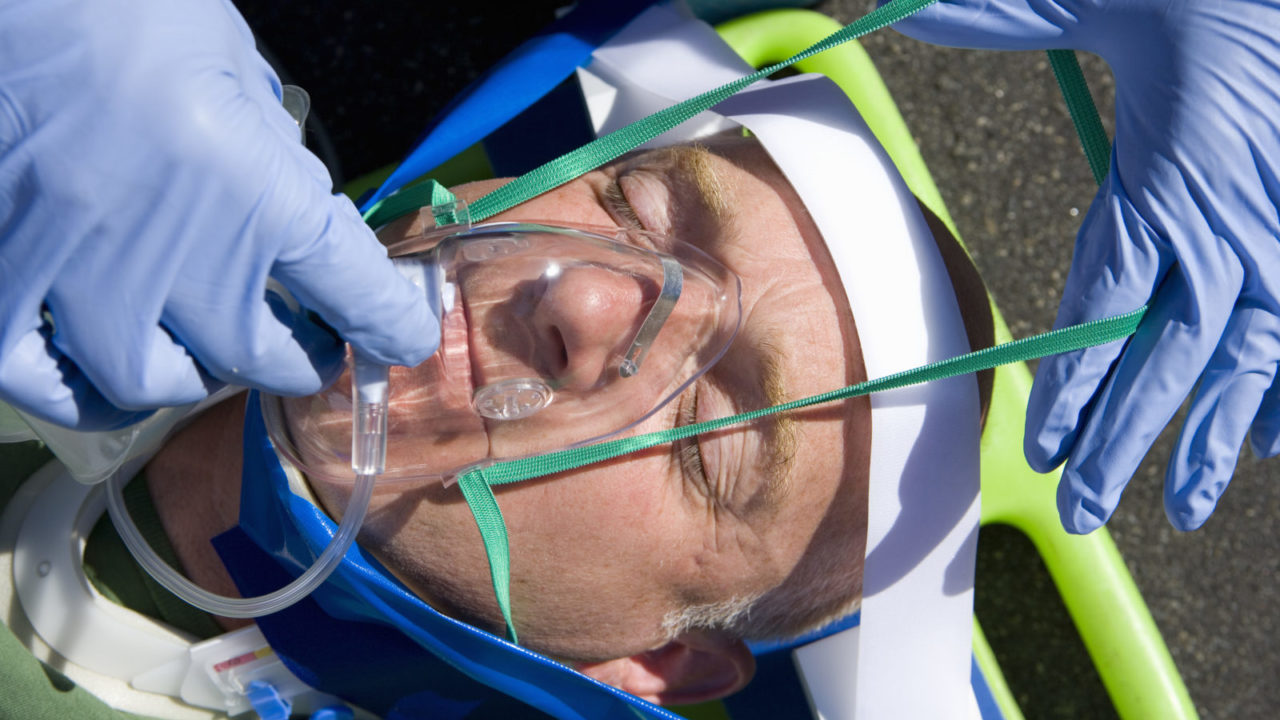 This article first appeared in The Havok Journal on November 24, 2014.

As his eyes closed, I took notice of the blood-soaked gurney he rested on in my peripheral vision. My concentration focused on the small wheel I created with the needle and syringe on his throat. Calling to the nurse for the scalpel, I looked at his oxygen level plummeting on the monitor in front of me as I began cutting into the thin flesh on the front of his neck. The bloody father of three was unconscious with no idea what was happening. I identified my landmarks, quickly punched through the hard cartilage with the scalpel and inserted a tube to allow his lungs to inflate with oxygen, in my attempt to save his life…. 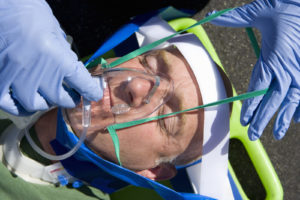 I am currently an Emergency Medicine resident and prior Special Operations Army Ranger Medic who has been given the chance to comment on the new regulations the Army has passed in regards to the use of animal labs. For those who don’t know, the military and many medical schools/residencies have used animals (pigs, goats, dogs) as training tools to practice invasive life-saving procedures.

Many of these procedures require chests to be opened, hearts squeezed by hand or even sewn, and lungs re-inflated as a means to save a life. As both an Army Ranger and ER Doctor I have had the unique opportunity and privilege to conduct these procedures in live tissue labs as well as real life.

For years, PETA and other groups have aggressively protested the use of animals for this type of training, arguing that it can be accomplished using simulation mannequins or “Sim-Men” to train future Special Operators or Doctors. The argument has always been that the Sim-Men can be programed to create the same environment and reactions that one would see without having to sacrifice an animal. While I agree that the Sim-Men absolutely have a place in medical training, I wholeheartedly disagree with the belief that the training obtained in live tissue labs can ever be recreated. The coping mechanisms that a mammal creates in which to survive are unparalleled and impossible to be recreated in a simulator. Many of the arguments I’ve heard in regards to abolishing this barbaric act are:

1. The anatomy is different thus the procedures would be different.

Yes, the location of goat testicles is slightly more posterior than human testicles (don’t ask me how I came to know this). However, the heart, lungs, liver, and brain are essentially in the same place. When these vital organs are not receiving blood and oxygen, it will kill a human or goat almost instantly. By satisfying this need (blood and oxygen) both goats and humans can survive. In order to make that happen, the same procedure needs to be accomplished in virtually the same location.

2. Just do the procedures on Sim-Men.

Yes, most of these procedures can be accomplished on Sim-Men. However, these Sim-Men are used so repetitively that the locations to place certain tubes and needles are already easily identified. As a new trainee, there’s no need to identify certain anatomical landmarks, because the holes are already there from previous use. In addition, the muscle memory and technique used for these procedures is significantly different when performed on plastic compared to live tissue. For example, for those male readers, you know the care and finesse it takes to put your penis into a real vagina vs. just cramming it home in those fake plastic things. When I’m putting a chest tube in a live patient, it’s very similar. I want to make sure I’m very careful and get the technique down so I don’t inadvertently cram the scalpel through a chest and puncture a liver, lung, or God forbid a heart. The pressure you exert on live tissue is EXTREMELY different from what you exert on a Sim-Man.

From a layperson’s perspective, I can agree. However, from an individual who has been a part of both Special Operations and now the medical community, I whole-heartedly disagree. These animals are treated as if they were a patient that we were actually seeing. The care and compassion given is often times more sincere than “real” patients receive. There’s no laughing, giggling, or joking around. It is 100% business as we all understand that this is a unique opportunity. This animal is contributing to not only my education, but as a means to save your life in the future. When all is said and done, I feel sad that a life has been lost, but I know in the future, inevitably a life will be saved.

What I’m most concerned about is the effect it will have on the Special Operations community. As an ER doctor, I have a seemingly endless supply of patients and resources, with mentors who continuously overlook my every move to make sure I don’t mess up. I have people who coach me through every procedure watching to make sure I insert the chest tube “between the 4th and 5th intercostal space, mid axillary line in a cephalad direction” for a collapsed lung.

As an Army Ranger Medic, the only oversight you might have is the 240 gunner, hopefully suppressing the enemy wit 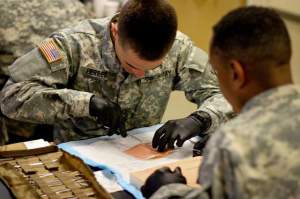 h fire power superiority, so you have a wet farts chance in hell to maybe “throw some dirt on it, take a knee and drink water,” and by the grace of God save your buddies life. Before being deployed, the only opportunity Special Ops guys get to actually try these procedures is in these live tissue labs. The reality of the situation is that you are asking Army Ranger Medics to learn a specific skill set in nine months that takes EM doctor’s years to learn; but to make it more fun, Rangers have to do it in austere environments, potentially with night vision on and frequently under fire.

We are now taking away the most effective modality our medics have to learn this skill set. I, for one, am glad that I obtained the training I did and am heartbroken for the medics and line guys who are going to be sent in to continue the good fight with one arm tied behind their back. I absolutely believe the live tissue labs serve a purpose, and should not be removed from the military medicine curriculum. They provide an invaluable benefit to all of us as a society. The animals are treated with unbelievable dignity and grace and are the cornerstone for improving healthcare for all of us.

I threaded the tube through the hole, down into his lungs and quickly attached oxygen to the tube. The patient was silent, unmoving. His oxygen level on the monitor was in the 30’s. I waited and waited. I was nearly sweating as I stared at the monitor showing his vitals. I couldn’t hear anything, but I looked at the nurse who was smiling ear to ear and talking to me. It took a second for me to realize. His blood pressure normalized. His heart rate was within normal numbers. His oxygen level was back to 98. I listened and heard breathing in both lungs. He was going to make it.

That could have been the first time I had ever conducted that procedure on live tissue, but I’m sure that his children appreciated that it wasn’t.

Imagine if that was your father on the table and this was the first time I had performed this procedure on live tissue.

Imagine if that was you on the table and this was the first time I was performing this procedure on live tissue.