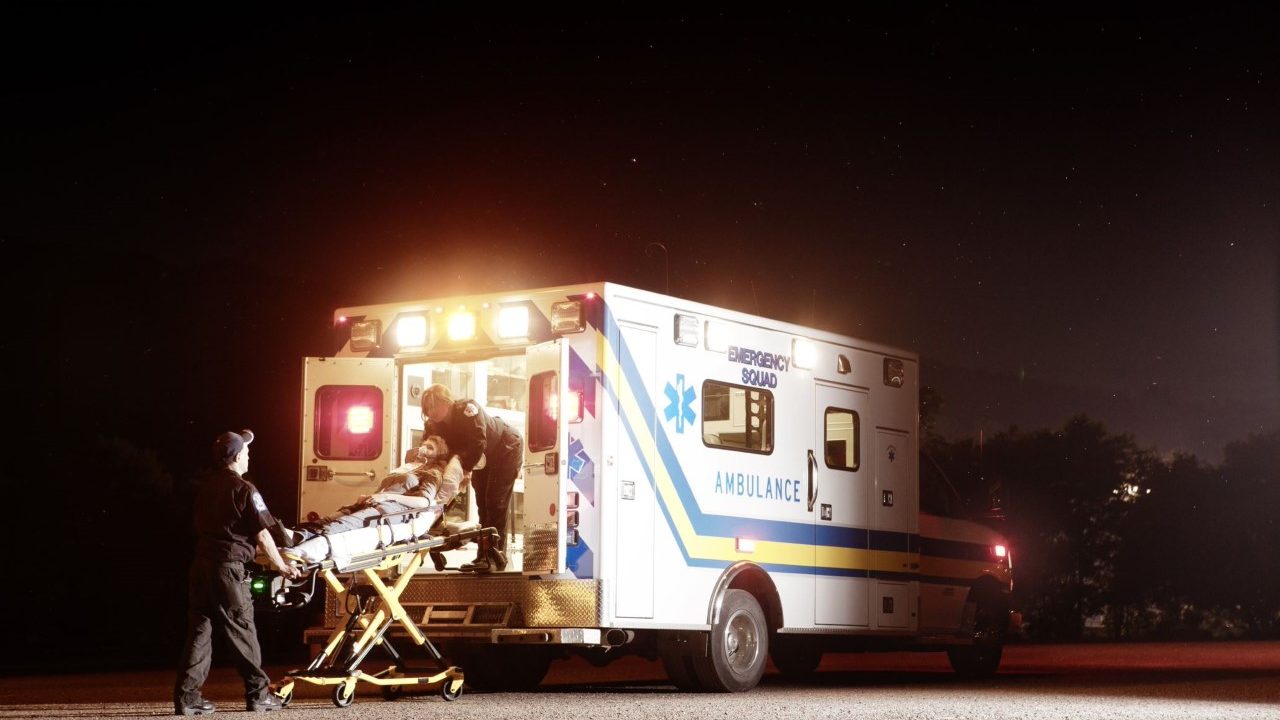 Noah Kelley*, a 4th generation law enforcement officer and first responder, had seen it all; from the evilest domestic assaults to burned bodies and Hollywood-worthy car accidents. A seasoned veteran of the curveballs the job would offer daily, he felt he could handle anything.

“We received a call for an overdose,” recalls Kelley. “Nothing outside the norm for that area of Atlanta. The scene was complete pandemonium. People were screaming; our team was trying to keep the scene secure from every onlooker trying to be the next cell phone journalist, while the body of the overdose victim lay on the kitchen floor. The needle lay beside her, almost proud of what it had accomplished.”

A sight all too common for first responders working in a post-pandemic world. Signs of desperation litter overdose scenes, from prescription medications to empty liquor bottles.

“I thought it was another standard overdose until I heard the screams from the other room. Immediately on alert, we took off down the hall to a small corner bathroom; where my nightmare began.”

Kelley stood in the doorway of that bathroom, staring at the grey, lifeless body of a little girl, face-down in the bathtub; left by her mother, for what was likely only supposed to be a moment for a temporary high.

“She was 2 years old, the same age as my daughter at the time. Her black hair, spread on top of the water like an oil painting. She looked so innocent… she was so innocent.”

Plagued by anger, hatred, and disbelief, Kelley finished the call and went home. A place he once considered his only solace from the evils he saw daily; he now faced a new nightmare. He walked in the front door, to see the face of the little girl from his call a few hours earlier. Only, she wore the smile of his daughter. He couldn’t shake the image or separate the two.

“I couldn’t look at her without feeling hatred or remorse that I couldn’t protect that little girl. I didn’t think it was fair that I held the lifeless body of an innocent soul, only to be comforted by one of the same age, build and purity at home.”

Kelley withdrew, as the world around him began to unravel. He was drinking heavily to numb the sadness and blur the images in his head, and his marriage of 12 years was nonexistent. His regular smile at Wednesday night kickball ceased to show up. “I was a shell.”

Kelley was soon asked to move out of the home the family shared. He was no longer fit to be a husband or father after he was pulled over for driving under the influence with his daughter in the back of the car. “I forgot she was there.”

After a night of binging, Kelley passed out, and nearly burned his apartment to the ground from the still-lit stove. He had just received a call from his ex-wife that she was moving to Oregon with their daughter, and he wasn’t to be a part of her life anymore.

“I didn’t realize it at the time, but I was suffering from PTSd. I didn’t think that was something that could happen to me, but I couldn’t get the image of that little girl’s face out of my head. The weight of her lifeless body in my arms lingered – it was as if I never put her down.”

In a 2017 survey of 2,000 first responders, nearly 40 percent said they feared negative repercussions at work for seeking mental health services.

“First responders rush into burning fires or deal with the most catastrophic scenes — that’s their job, it’s what they’re trained to do,” stated Tom Spooner, Co-Founder of Warriors Heart- a private treatment facility providing care for addiction, chemical dependency and PTSd for active military, veterans, law enforcement and first responders. “We expect a level of super-human when we see a hero in uniform – inside though, they’re mortal.  They are continually faced with trauma while being expected to ‘suck it up,’ or ‘push it down and carry on.’”

The rigors of the job contribute to increased cases of substance abuse. Drugs used as a coping mechanism often include marijuana, benzodiazepines, and methamphetamine, with the most popular drugs of abuse being alcohol and opioids. “As a first responder, we see these horrific images first-hand,” Kelley explained. “The aftermath is where you see peers withdraw. For me, alcohol was my escape, numbing and silencing the details that played in my head. That little girl haunted me – I couldn’t look at any child without seeing her face.”

Warriors Heart recognizes and understands the unique demands of first responders and works to successfully navigate healing and recovery while in the company of people who personally understand individual experiences. “Law enforcement and first responder jobs require you to be combat-ready while maintaining the capacity to serve as a counselor, priest, lawyer, or social worker all at once,” stated Spooner. “Police officers and other law enforcement are often unwilling to seek help, fearing it will jeopardize their jobs or make them look weak. Or even deeper, many of the treatment programs or groups put them in the company of others who they may have dealt with in the past; putting them in an unsafe environment. There needs to be a cultural shift to provide these warriors with the support they deserve, without the fear of appearing weak.”

Kelley credits his recovery to his brother, professional help from doctors, and support from his peers. “I have learned that you don’t simply cure PTSd, but how to combat the triggers in a healthy way. The old me would have reached for a drink. Now I talk to someone in my support network, go for a run or work on my bike. Sometimes I don’t talk about anything, other days it gets heavy. But having a consistency has kept me balanced.”

It’s important for first responders to remember that it’s normal to have a mental and emotional response to tragedies. Treatment is a viable option for first responders experiencing addiction and PTSD. Treatment centers across the country, like Warriors Heart, offer comprehensive services catering to the specific needs of law enforcement professionals; providing various levels of care, including inpatient and outpatient treatment and support groups.

At Warriors Heart, heroes in every walk of life are welcome, offering a variety of treatments for those undergoing the damaging effects of PTSD as well as chemical dependency. For those who have fought battles to defend our country and our citizens, fighting the battle against addiction and depression doesn’t need to be done alone.

If you or a warrior need help with addiction, PTS, or co-occurring issues, please contact Warriors Heart’s 24-hour hotline (844-448-2567) answered by warriors, and/or visit https://warriorsheart.com.