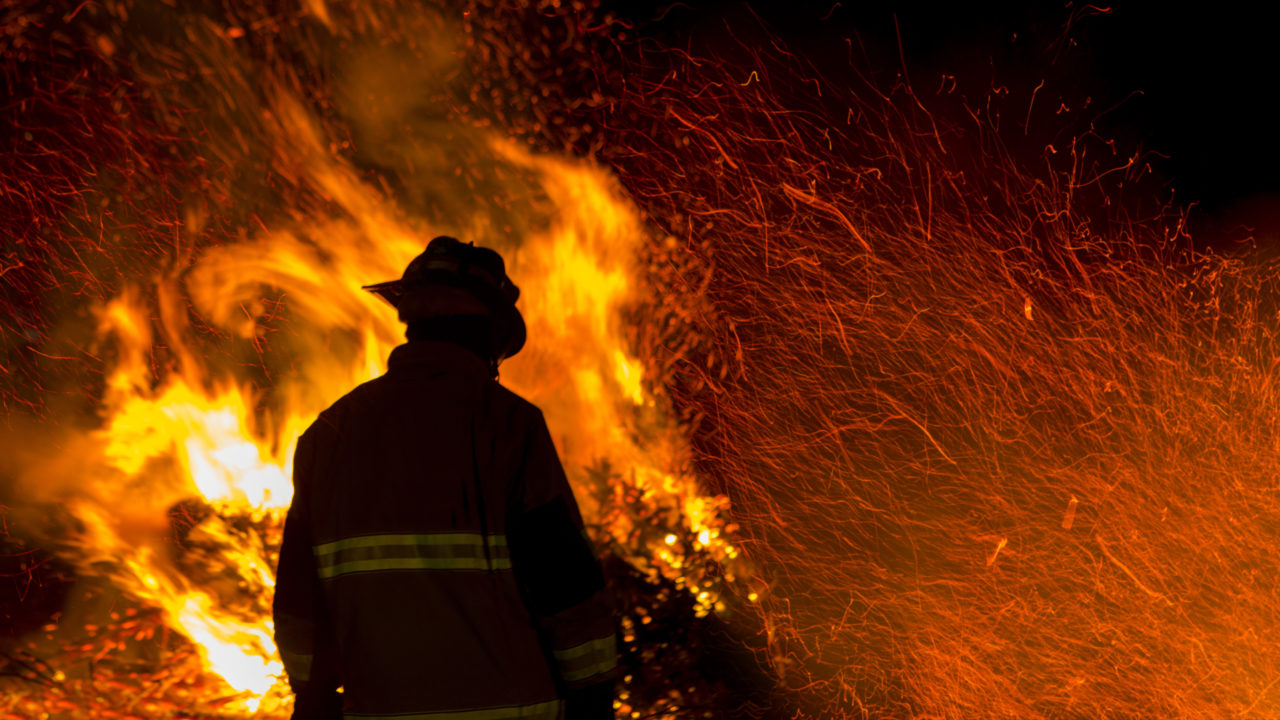 by a Volunteer Firefighter

I had been a volunteer firefighter for a few months. I was 16 years old at the time. My father dropped me off at the fire department and I made my way through the door when the alarm went off. It was a medical call, an accidental shooting. It was the beginning of a new shift change and I still had my gear in hand. My captain, we’ll call him Captain P, ran out of the conference room, shouting: “Andrew go put us en route* and hop in the truck.”

*[editor’s note: “put us en route” means relaying to dispatch that the unit is on its way to a particular call.]

“Yes sir!” I ran to the truck to put us en route. I tossed in my gear as Captain P got in the driver’s seat. Our paramedics were out on a different call and the backfill unit was on its way but delayed as they were coming from a different station. Captain P was an EMT, so it was just the two of us.

I pulled up the dispatch notes related to the call: it was reported as an accidental shooting with the possibility of a death. There was little other information. As we rolled down the street, I gave directions and read the notes to Captain P. We pulled up to the residence and were the first to arrive on scene. We saw police lights down the street as we got out of the car.

I grabbed the medical bag and my gloves and wasted no time making it to the door. Captain P and I rushed in yelling: “Fire Department anyone here!?”

I will never forget what I saw.

A mother was kneeling on the floor in the living room; her face and hands were blood-stained. You could tell she had tried to wipe away tears that were rolling down her face. On the floor in front of her was an infant child who was missing her head. It had been completely blown off from a shotgun blast. The shotgun lay but a few feet from her.

I was stunned. I suddenly snapped out of it as Captain P shouted: “Andrew grab that child!” I was just now seeing that there was another child there. I quickly walked over to what appeared to be a 12-year-old girl who was standing at the edge of the hallway not far away. I guided her out of the room as Captain P was trying to talk with this woman who was sobbing hysterically. Words came out of her mouth but nothing made sense. She was clearly in shock.

I led the kid outside and talked to her. I wanted to make sure she was ok. I asked if she needed anything and what happened. I got nothing from her but a blank stare. I assumed she too was in shock from seeing her dead sister. The police rolled up and checked with me. I directed them to Captain P and the woman inside the home. I warned them to prepare themselves for what they were going to see inside.

Captain P walked out of the house with the woman who was still clearly in shock. I kept my attention on the kid. There was just something off, but I couldn’t place it. There was not even a hint of emotion on her face. It was not until I saw her rub her shoulder a few moments later that it hit me. She did this.

I thought I was going crazy for even having the thought until I asked, “Hey, is your shoulder ok? I just want to make sure you don’t need anything. Feel free to say or ask for anything.” Up until now she had said nothing and had no expression whatsoever.

She mumbled under her breath: “My shoulder hurts.” I asked to look at it and she nodded but said nothing. I saw a red mark on her shoulder and then it hit me: this girl shot that baby.

I asked her if she saw who shot the gun. She mumbled something unintelligible. I yelled over to the cop, relayed what she had said, and showed him her shoulder. The cop looked at her arm, handcuffed her, and told her to sit down. They also put the mother in cuffs.

I went back to the medical squad. Captain P said, “Well Andrew, it looks like we are heading out because the medic unit is on the way.” Before we left, one of the cops told us the mother had calmed down enough to get the words out that it was her own daughter that had taken her shotgun and walked up to the infant that was doing belly time. The mother happened to be looking away as her other child walked into the room with the shotgun and point-blank shot the child in the head.

Everything lined up: there was no emotion on the child’s face. There was something messed up with her. No normal person would do anything as sick and evil as this. I was so just taken back that anyone could do something so evil to your own family, a child.

That next week Captain P found out more information and told me the cops had been called to that house in the past for their daughter who suffered from severe mental health problems. One of the first things that came into my mind was: Why was there a gun in the house? Let alone where a child had access to it AND that child has mental health problems.

I still have no idea why this girl shot her baby sister. All I know is that there was a nanny cam in the room that caught the whole event on tape. That’s how the cops confirmed she was the shooter.

I never saw the video nor do I ever want to see it. Just seeing the aftermath was upsetting. This was an experience that made me question if this was what I really wanted to keep doing. But more than two years later, I am glad to be a volunteer firefighter. I have learned so much in that time and look forward to many more years of service.