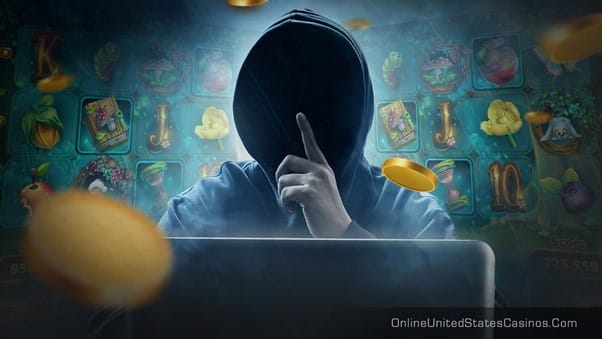 Online slots debuted in 1994 when Isle of Man’s Microgaming created the first internet casino software. Nevertheless, it took two more years for real money play to become available to players worldwide, facilitated by proprietary payment technology developed by Canada’s WagerLogic, a subsidiary of CryptoLogic. That company was founded in 1995 by brothers Mark and Andrew Rivkin from their parent’s basement, which the Amaya Gaming Group acquired in 2012.

As cited above, digital reel spinners are nothing new. They have been around for two and a half decades, and no massive scandals about their hacking have ever popped up. Why is that? Well, most online casino sites boast expansive title lobbies and advertise that any comers can try any of these slot games and table options if they can afford the minimum bet. But the reality is that they need to host the offered products. They usually run from providers’ servers or companies that supply casino software solutions after operators have struck a partnership agreement with a game developer/distributor. And this entity has made its creations available to the brand in question.

That means hacking an online slot is more complex than gaining access to a set of information hosted on a given website. Moreover, when one attempts to hack a reel spinner, they are not cracking a database of information but an algorithm designed to indiscriminately churn out random numbers which no one can predict, not even the entity offering gambling games.

What Are RNGs & How Do They Work?

RNG is the acronym for random number generator. That is software that arbitrarily creates figures whose behavior no one can affect. It works in such a way that it receives a number called the seed and runs this figure through sets of complex mathematical operations that produce a new one. Technically, these algorithms are not precisely random, as the seed often gets predetermined. Thus, they are pseudo-random number generators. Real ones do exist. They utilize seeds generated by naturally occurring phenomena, such as wind speeds or cloud movement. These are factors whose exact physical expressions no one can accurately guess ahead of time. However, this technology is too costly for casino game suppliers to run, so they stick to RNGs of the pseudo variety.

Can RNGs Get Hacked?

Theoretically, yes. That would entail a coding-savvy person accessing the code of a pseudo-random number generator and changing its math model so that it more frequently produces winning symbol combos. Return-to-player and variance are the top two specs that decide how often and what amount of prizes a slot creates. High RTP casino games have a return-to-player percentage above 96%. In other words, these titles return more than $96 of every $100 bet on their reels. Variance is the attribute that determines in what size chunks and how regularly these $96 will get returned to gamblers. For someone to hack a slot, they would have to know how to modify its math model, which requires complex mathematical knowledge. Few people possess high-end math and coding skills and can get by with state-of-the-art firewalls.

Has Anyone Hacked Slot’s RNG Before?

There are no notable examples of someone cracking an online slot’s RNG, but a few cases of hackers reverse engineering the RNG software of older casino machines have gotten documented. The most famous instance of this occurring is a Russian mathematician and programmer named Alex, who bought and studied the RNG software utilized by a slot device from renowned European gambling game manufacturer, Aristocrat Leisure. Alex did not hack the RNG in question, but he managed to decipher how it produced its results. He then sent a team of gamblers who supplied him with a video feed of their gameplay on said machine, and he told them when and how much to bet.

Eventually, casino operators became wise to the team’s scheme, as they noticed that different electronic games on their floors paid more sizable than expected rewards, with an unusual degree of frequency. That led to the FBI launching an investigation that produced several arrests of members of Alex’s team on US soil. But their leader remains at large in Russia, claiming that he did not violate any of his country’s laws.

Can You Beat Slot Games?

No. That said, gamblers can maximize their winning chances by studying the game specs of the titles they are considering, knowing to fine-tune their reward expectations during each session. That entails understanding key slot concepts like RTP, variance, max exposure, and hit frequency. Also, it is wise that everyone looking to test their luck on games of chance does so by implementing proper bankroll management, claiming bonuses with favorable terms, and modestly incorporating progressive betting patterns when spinning virtual reels.