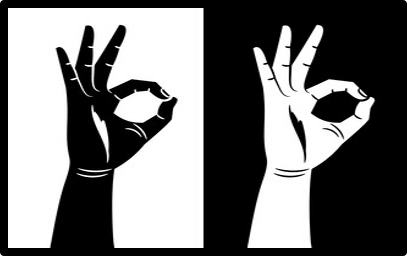 No high-profile event in America is complete without an unexpected controversy and this year’s Army-Navy game was no different. During the live broadcast of the annual rivalry game between West Point and the Naval Academy, a handful of cadets, both Army and Navy, appeared on camera making the okay sign hand gesture. 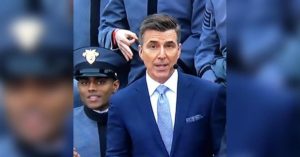 In military circles, the okay sign held upside down and below the waist is commonly known as the circle game. The rules of the circle game are generally simple – discreetly display the upside okay sign below waist level while using surprise and/or trickery to lure someone else into casting their gaze into the circle. If successful, one is rewarded with being allowed to punch the recipient hard in the upper arm while loudly declaring, “You looked!”

Yes, dear readers, the circle game is every bit as juvenile, nonsensical, and frat-boyish as that description sounded. And inexplicably fun.

Particularly among the lower ranks, e.g. those with the most hurry up and wait time, the circle game can take on a life of its own, with participants developing ever more elaborate levels of subterfuge to achieve victory over their peers.

The game surged into popular culture recently. An advertising company even put up a billboard with the inverted okay sign and the caption, “You looked. Hitting you since 1902.” (For the record, the billboard was clearly above the waist, so it was not valid). 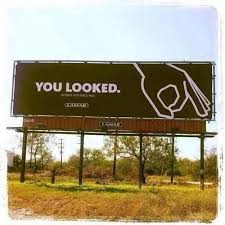 In 2017, a satirical graphic appeared on the website 4Chan detailing how the okay sign is, in fact, a white power symbol. According to the graphic, the three extended fingers represent the W in white and the wrist, thumb, and index finger form a P for power. By all indications, the graphic was a trolling effort designed to misrepresent something commonplace with a more sinister meaning. 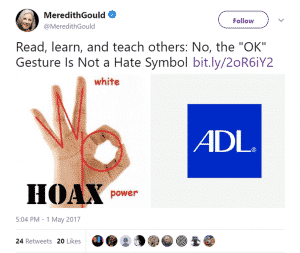 And it worked, even though anyone with half a brain would be able to quickly realize it was a hoax.

Some were fooled by the graphic, which was slick and well-made, but then life began to imitate art. Members of the white power movement and alt-right groups like the Proud Boys began using the sign more frequently. Whether this was an effort to legitimize the darker meaning of the hand gesture or just to troll the media and “trigger libs,” the end result was a legitimate affiliation between the okay sign and white supremacists.

Along the way, there have been several incidents in which military and law enforcement members have made the sign in public settings and sparked outrage. Which brings us to this weekend’s Army-Navy game.

As usual, the reaction has been one of wagon circling with one side claiming the cadets are secret white supremacists signaling to their cohorts and the other side claiming it is just a circle game college prank not worthy of a second look. And, as usual, they’re both wrong. And right.  Sometimes, a simple game isn’t as “black and white” as some might think. 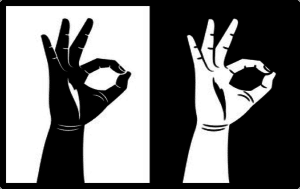 There is no denying to simple facts – the circle game is a harmless, juvenile game which goes back decades and the racists and alt-right have co-opted the okay sign as their own. So, how do we fix this?

To start with, members of the media and others who serve as watchdogs and allies for disenfranchised groups need to consider reacting less impulsively. Look at situations with a little more critical thinking.

What makes more sense: that a bunch of cadets with promising careers ahead of them as military officers are secretly members of a racist, white supremacist cabal, but chose to throw secrecy to the wind and declare their proud extremism to the world on live, national television, because of what… Trump? Or they are just college students playing a circle game prank when presented with a high-profile venue?

Absent of any other accompanying issues which might suggest affiliation with extremist groups or holding racist views, maybe we can slow down on calls for expulsion and punishment.

On the other hand, they are military officers in training and should probably understand the importance of perception.>It is undeniable that the okay sign has some affiliation with extremist groups today. The reaction from the Army-Navy game antics should not surprise anyone. The cadets involved should at least be sat down by their respective cadres and spoken to about how throwing the okay sign in photos and public venues is just bad optics for a leader.

Members of the community or even soldiers and sailors under their command may not recognize the symbol as innocent or funny. Incidents like this could damage their trust or credibility.

Unless there is evidence of some nefarious intent, these cadets should not be punished for their actions. But the academies should not squander the learning point, either.