HomeCultureThere Will Be Blood: A Ranger Dad Teaches His Kids to Fish 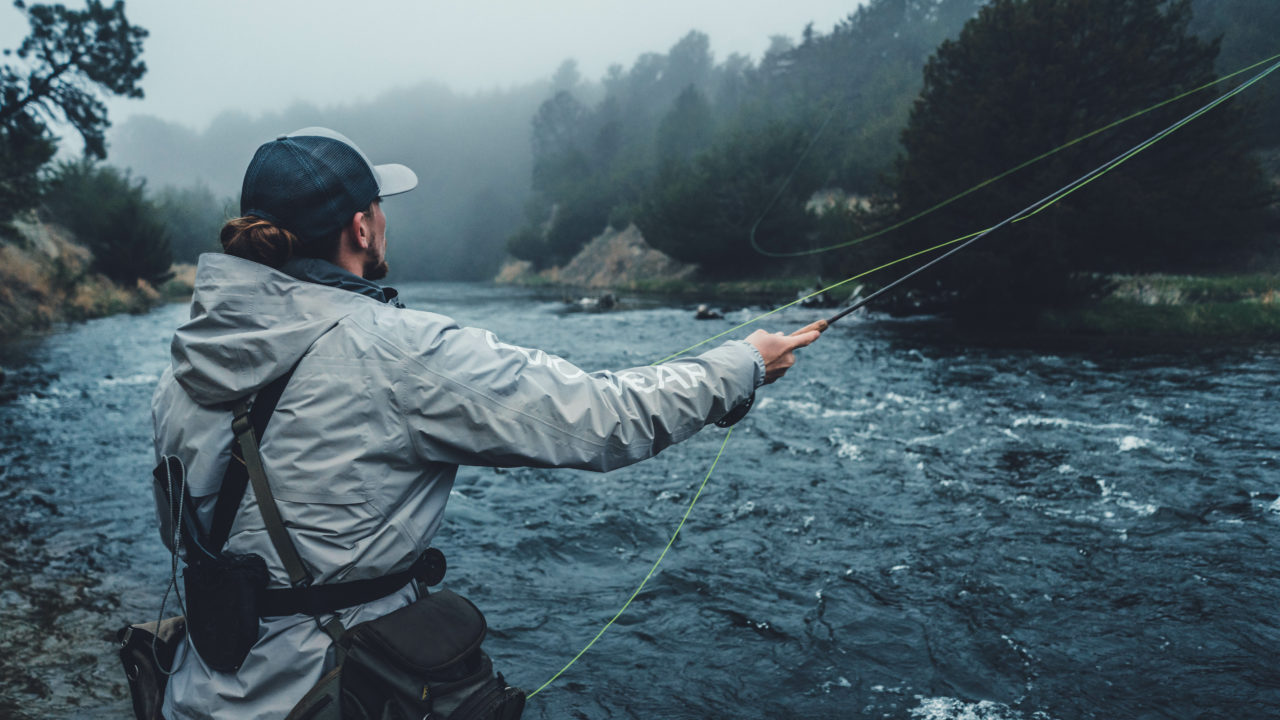 “DAAAAAAAAAD. I’m stuck!” I don’t even acknowledge him. Caleb is barely out of wet clothes and he is already stuck. I get Caleb changed and get back down with both of the young ones and I see that Caden has hooked his own shoe on his cast. The line has yard-saled every god damned where. I look at my son, who is basically cocooned in monofilament, and tell him his fishing day is over. I have to literally cut him out of the line. I also had to cut his shoe to get the hook out. I realize he is wearing his school shoes, and his mom is going to beat me up. I decide to throw his shoes in the pond as we leave, to hide the evidence. I get that twinge of doubt that I get, when I go in public with my children. As if something awful is about to happen. I ignore it.

Caleb and Colton are both about to shit bricks, because they want to fish so bad. I tell Caleb to go ahead and cast out at the tree stump in front of him. He does. I had let him pick out what lure to use. He has a glob of powerboat the size of a racquetball on a jig. I tell him to leave it on the bottom and just twitch it. He starts reeling in as fast as he can.

I turn to Colton to help him cast out his little floating crank bait. Before we can get to it I hear, “Dad? I think I have one on.” I look over at him. His rod is bent in half and the fish is taking out line. All I manage to get out is, “Shit! Reel!” He starts reeling as hard as his little noodle arms can crank that handle. He finally gets the fish to the bank and I see what is it. It’s a damn catfish. He’s pumped. All the boys are gathering around. I congratulate Caleb on his big fish. I am silently cursing at the fish. I know I have to take this devil fish off of the hook. Not a big deal.

…except it is because catfish have slimy skin and poisonous barbs. So I’m trying to get this fish that’s going bananas off of the hook. The fish is fighting for its life, I’m trying to remove the hook, the kids all jockey for position to see, and I’m trying to keep them back. AAAANNND I get tagged. I look down at the barb lodged in my hand. Right in the webbing between my pointer and middle finger going down towards my wrist. I let out six or seven straight curse words. I rip the barb out and spike the fish back into the water so hard, it kills it. I kind of feel bad. But not really. Caden sees the blood start pouring out of my hand and he dry heaves. I am starting to think this was a bad decision.

I tell Caleb I will rebait his hook, but I’m going to help Colton cast out first. My hand is throbbing. Catfish sting literally sting. Like a really bad bee sting. But the stinger is the size of a freakin’ crayon. As I help Colton cast, I feel a tug at my hip. That tug turns into a sharp pain. We had accidentally hooked me on the cast. Luckily, the hook didn’t get stuck but instead ripped a ditch into my flesh. I revert back to my cursing. Colton looks at me and starts crying. He thinks he did something wrong, so I assure him he didn’t and tell him we will try again. We cast as hard as we can. The lure goes flying out. And the reel literally disintegrates. It falls apart into probably 30 pieces and sinks to the bottom. That’s it. We are done. I’m calling it a day. I decide that this trip was destined to fail.

We get all our crap loaded back into the car. I realize that Colton has slipped out of sight. He is over at the top of a dest of stairs. I yell at him to get away and get over here now. My voice must have startled him because he jumped like he was surprised. That little jump caused him to lose his footing. And cartwheel down the steps. Only, it wasn’t any cartwheel I had ever seen. Imagine doing a cartwheel downhill, without using your hands. And where you would’ve used your hands, you use your face instead. That’s what I saw my three yr old son doing. He went down about 11 cement steps and into the drink. I was over to him so fast that I was grabbing his shoelace as he went face first into scummy pond water. I yanked him out by his foot and immediately hugged him. I feel like a terrible parent. He is crying. His lip, cheek, and forehead are scraped up and bleeding. He has a fat goose egg on his melon. I feel like an even worse parent. I clean him up real quick, calm him down, and put him into the car. I decide that the best decision I made all day, was to leave while we are ahead. I then decide we aren’t ahead but will leave anyway.

We are home. I don’t even unload the car. I tell everyone, “It’s nap time.” Nobody argues. As I walk into the bedroom, I am holding Colton and he is facing me. My wife asks me what I am home so soon. I just turn Colton around and show her his face. I also show her my hand and hip. She laughs at me hysterically. Colton is even laughing. Pond scum in his hair and all.

I decide I will go fishing in the morning. By myself.

This first appeared in The Havok Journal on December 5, 2015.