HomeCultureThe Ranger Dad: “Take Your Kids to Work,” They Said, “It Will Be Fun,” They Said… 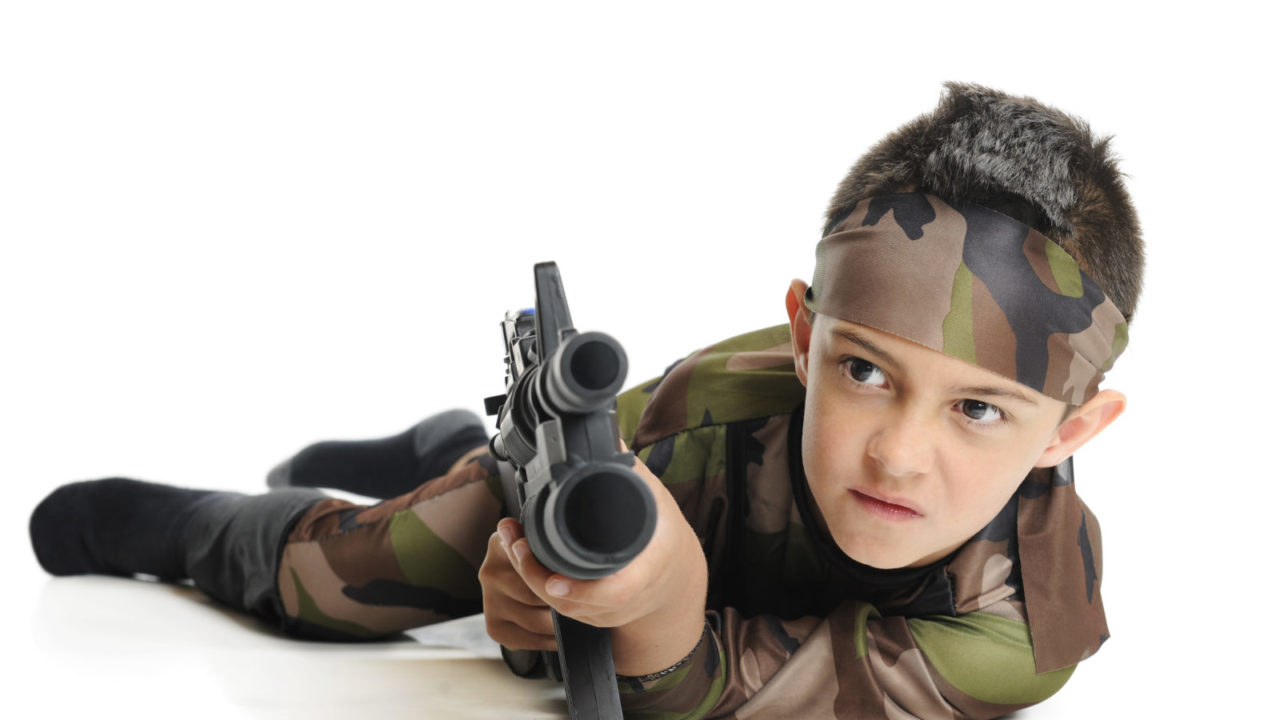 So, as most of you who follow my writing know that I like to write about my 3 boys. Why wouldn’t I? They are an endless source of material; because they are bat shit crazy. It also doesn’t help that I’m a damned idiot. I’m kind of my own worst enemy. I come up with these ideas, that I think will work out, but really are just destined to fail. Destined to fail hard. For example, offering to take my kids to work with me for a weekend CQ shift because my wife has to work.

I am roused from my slumber by a horrible taste in my mouth. I barely register the shrill beeping of my alarm. Normally, I shoot up out of bed but and flail about wildly. Something has me off of my game. It’s the taste. There is a god awful symphony of flavor happening in my food hole. By symphony, I mean as if you had to watch Mylie Cyrus making out with Bernie Sanders, listen to anything Kesha has ever made, and stand at parade rest during a long-winded Change of Command speech, all rolled into one. Then turned into a flavor. Yeah, it’s just like that. As I open my eyes to greet the day, I realize I have a damned foot in my mouth. Apparently my four year old, Colton, decided to get into our bed at some point in the night. He also decided to use my mouth as a foot holster. I am pretty grossed out, but then I remember that my mouth has had stranger shit in it. The morning breath, combined with the pizza from the night prior, and the foot, has my mouth tasting like a communal litter box.

After power washing my mouth out, I jump in the shower. It is the only solace I will receive for the next 12 hours. I’m in the shower and just finishing the shave job on my face. I get the weird feeling that I’m being watched. I step to the end of the tub, pull the curtain back, and look around the bathroom. Nope, nothing. It’s probably just my mind messing with me because I watched an old episode of Unsolved Mysteries the night prior. I return to my position under the showerhead to finish up. As I do, I see a beady set of eyes about waist high. Right as I make eye contact, the face attached to those eyes just says, “Hi Dad.” He scares me so damned bad, that the sound I make scares my creepy little kiddo just as bad. At the same moment that I squeal, I jerk my arms away from my face. I proceed to cut myself. Then fall.

After stopping the bleed, and getting my heart rate back down under 100, I get dressed. I realize I did nothing the night prior to prep for today’s duties. So I get my game face on and start waking up the other two boys. Caden, my 11 old, is as easy to wake up from slumber, as the fricken dead. You can literally slap him in the face. As if you were a pimp, and one of your night “employees” showed up short on cash. Tweens are that weird mix of kids that still wake up at the crack of dawn on their own, but if you try to wake them up, you can’t use anything less than a lawnmower in their room. Caleb, my 7 yr old, wakes up and is instantly running. I have no idea why. He’s still half asleep, glazed over look in his eyes, and just banging off of the walls and furniture. I actually love waking him up. It’s hilarious.

I finally get my two oldest animals up and around. I jam a bunch of snacks, and a pork chop, into a cooler. I tell them to get whatever iPods, coloring books, toys, reading books, and video game systems they want to take with them and pack them up. Caleb brings out an old chem light, a half drank bottle of water, and the Nintendo Wii. Caden shows up looking like a hobo from the future. He has the Xbox, an iPod, about 9 reading books, an old Gameboy, and a complete box set of Minecraft strategy books. Every bit of it, stuffed into a pillowcase. I can’t do anything but shake my head. It is like he has packed for the boredom apocalypse. My wife is still getting herself ready, so I even pack her an excellent lunch. Because I’m a sweetheart like that. And because I hope she will reward me with sex when I get off of my shift.

Considering how long my wife and I will be gone, I decide to take my pitbull Athena with me. Normally she would stay in a kennel. If I leave her in the kennel for 10 hours, she would be floating in her own piss. She has the bladder of a hamster. Additionally, when she is out of her kennel and left alone, she turns a homeless goat and will eat the trash when you aren’t looking. And toys, pencils, stuffed animals, eggshells, paper towels, 70 feet worth of hose, sticks, an arrow, butter, cat turds, and Crocs. Speaking of, the night prior she ate an entire meat lover’s pizza. I am not shitting you. She ate an entire large pizza. Pulled every piece out of the damn box, and scarfed it down. She didn’t even disturb the box the pizza was in.

I completely forget about the pizza until we get in the car, and Athena reminds us. She reminds us with something that smells so bad, I have a legit flashback to when the “case race” incident happened. It is at this moment, I feel a familiar tug inside. The familiar voice says, “Shane, this is a shitty idea. Don’t do it, man.” Naturally, I ignore it.

We arrive my office, and my wife drops us off. I ask if she will run to the shoppette and get the kids some breakfasty stuff. She obliges. As the kiddos and I enter the building, we approach the CQ desk, with the two CQ runners sitting at it. As we walk past the desk, my 75lb, all-muscle pit bull makes a b-line for the CQ runners. There is a little nervous kid at the desk. All he sees is this slobbering pit coming for him, at breakneck speed. He literally whimpers and curls up in a ball in his chair. The other kid, a big ol’ gator fed country bumpkin from the swamps of Florida, bursts out in laughter. He cackles at his buddy. He then points straight at him, and in the single thickest Southern accent I have ever heard says, “Oh my god. Hahahahaha. You wimp… It’s just a lil ol dog, not a damn dragon.” I turn to the Florida kid and say, “You’ll do just fine here.”

We move past the desk and go down to my locker, so I can change. We get to where my locker is and set all our crap down. Athena displays her approval for being at my work by shitting a huge orange pile of napalm. Pretty positive it was the pizza from the night before. The smell is visible. It’s so bad, that I forgo changing, grab my uniform and just take all of our stuff upstairs. I return downstairs with a shovel and a sandbag. I scoop it all into the sandbag. I can feel the heat coming off of it. I mop up and use an entire bottle of Febreze to mask the poop smell. (Hey, if it smells clean, it is clean) I disposed of the poop in a dumpster. That dumpster may, or may not, belong to another unit….

I get changed and relieved the NCO on duty. He leaves for the day and we begin to get settled in. We set up the Wii for Caleb. He immediately pulls it off the shelf and breaks it. That causes Colton do go bananas because he wants to play Mario. After breaking up the argument between those two, Carisa shows up. With Dunkin Donuts. This is both good and bad. On The one hand, the kids love donuts. On the other hand, we are in a small confined space. I thank my wife for the children’s high, and the eventual let down, and give her a kiss goodbye. This will be the last happy moment of the next 12 hours.