HomeCultureOfficers And Stolen Valor: Why Is This Man Still In Uniform? 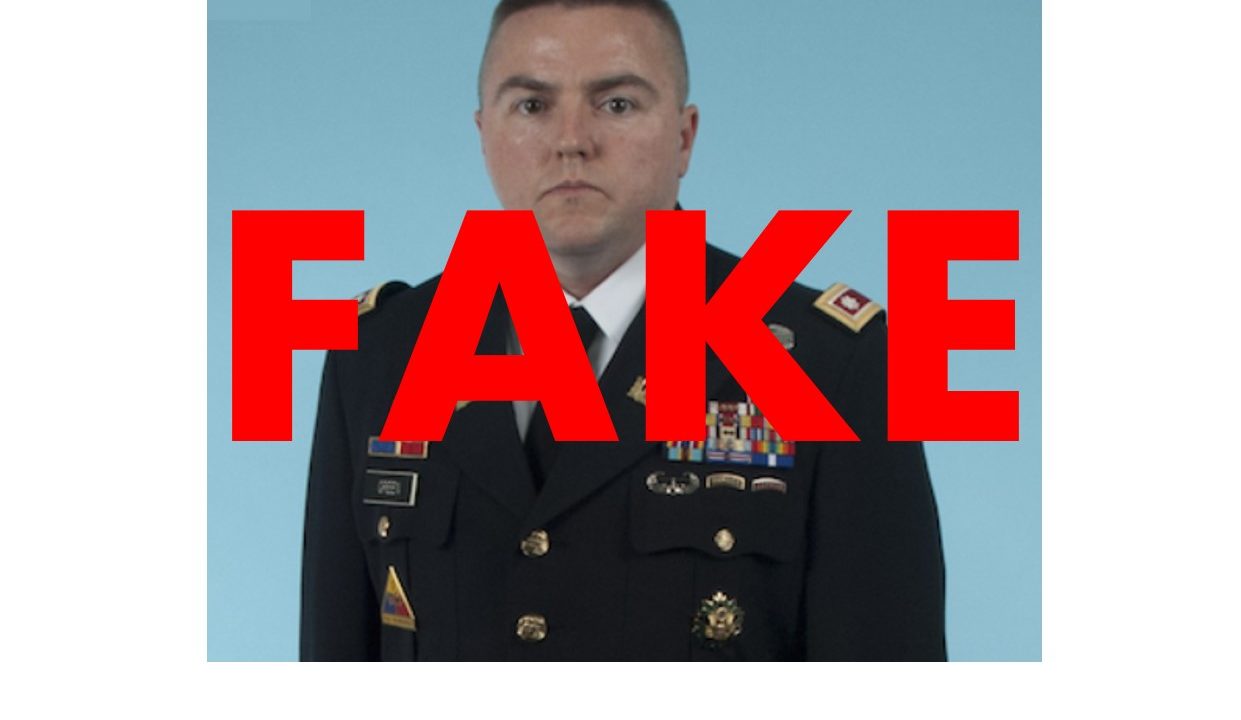 Why is Gerald H. Green III still permitted to wear the uniform and draw the paycheck of a lieutenant colonel in the US Army? 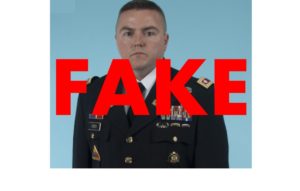 You might recall that LTC Green made headlines back in 2014 when allegations arose about the validity of several awards he claimed to have earned, many of which are visible in his official Army photograph (right).

Over the course of an investigation that concluded several months ago, LTC Green admitted to or was found guilty of wearing a slew of unearned decorations, including:  the Ranger Tab, the Sapper Tab, the Air Assault badge, the Expert Infantry Badge, the Presidential Unit Citation, a Combat Action Badge, and an Army Commendation Medal with “V” device, signifying valor in combat.

Folks, that is a LOT of Stolen Valor.

Stolen Valor cases can land civilians in prison, and it would seem logical that the Army would take an even dimmer view of such misconduct when it occurs within its own ranks.  Yet the Army shockingly chose to handle LTC Green’s case by means of “non-judicial and administrative action” instead of pursuing criminal charges under the Uniform Code of Military Justice.  This “administrative action” included removing Green from his position as commander of the Warrior Training Center at Fort Benning, Georgia, which is a big deal, but didn’t go far enough.  And it definitely shouldn’t have resulted in LTC Green being allowed to remain in the Army.

Because of sequestration and other really, really bad decisions that Congress and the Army are making right now with regard to personnel retention, the Army has started cutting manpower.  Why we are not starting with people like LTC Green, I can’t comprehend.  We have had officers leading troops in combat receive “pink slips” and being immediately sent home to start outprocessing the Army, yet the service allows someone like LTC Green, who is clearly unfit to be an officer, to stay in.  Why?

Is the Army stalling on discharging Green in order for him to have enough time in to retire?  Green was commissioned in 1995, meaning he should be hitting 20 years of commissioned service in May or June of this year.  The Army should have started separation proceedings immediately after the investigation concluded.  Why did they not do so?  Army Chief of Staff GEN Raymond Odierno has repeatedly said that he was going to take aim at “toxic leaders” in his Army.  Well, here is your chance, sir!  I can’t imagine many things more “toxic” to a unit than an officer who is a contemptible fraud.

What kind of example does it set to allow such a man to hang on and quietly fade away into retirement?  How fair is it to the thousands of other officers who served honorably yet nonetheless saw their own careers capriciously curtailed?  What about the other officers who competed for command against LTC Green, but lost out because of Green’s fake “bling?”  How do we explain this situation internally, when we can point to similar situations in the enlisted ranks in which enlisted troops and non-commissioned officers were thrown in jail or bounced from the service for much less severe cases of Stolen Valor?

But hey, at least LTC Green isn’t guilty of something that the Army is REALLY worried about… like, you know, getting a big tattoo.

This situation is ridiculous.  I’m embarrassed that LTC Green is part of my Officers’ Corps.  I don’t care if he has nineteen years and 11 months of service, he has dishonored himself and our profession, he is unfit to be an officer, and should be separated immediately.  Cut Green immediately and pick someone—anyone—who got a pink slip in this latest round of cuts and allow him or her to stay instead.  After all, as the recent troop cuts show, a body is a body in the eyes of the Army.

This article first appeared in The Havok Journal on 4 April 2015.  If anyone has an update on this story, we’d love to hear it.