HomeCultureWhy as a Veteran, I’m So Passionate about My Country and Her Symbols 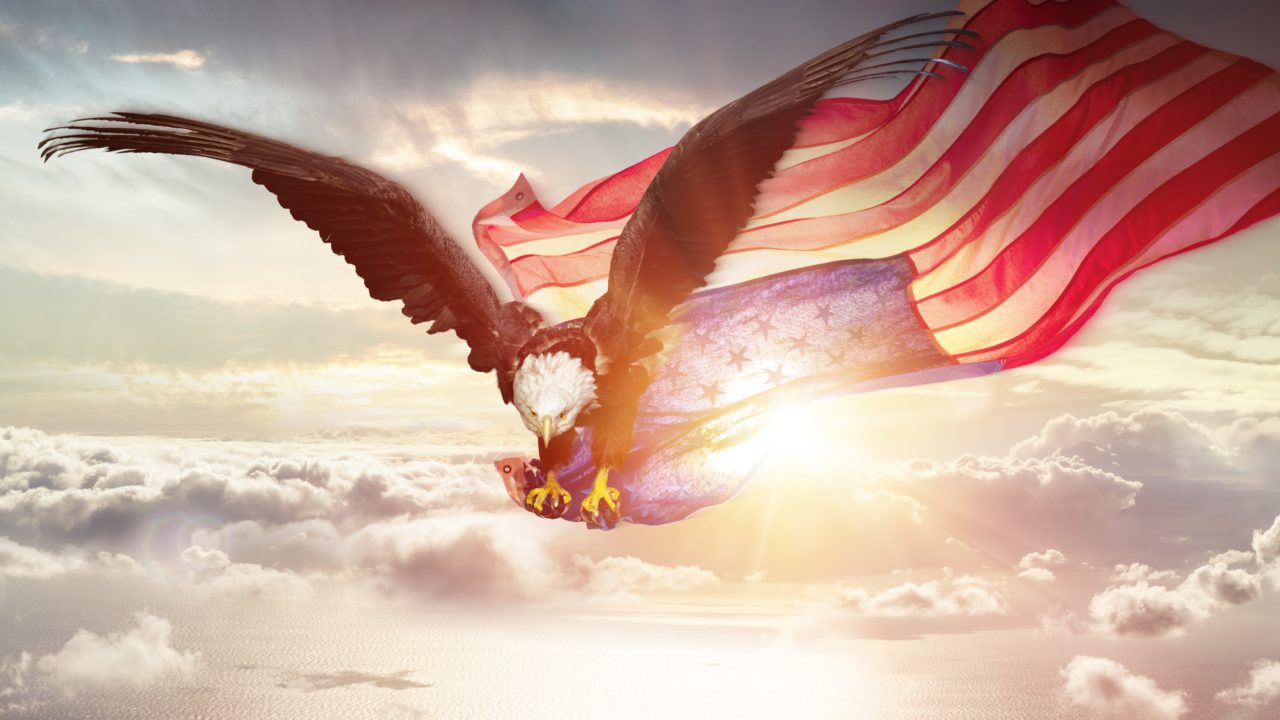 Growing up as a kid in Buffalo, NY, I had many of the same iconic heroes as millions of other children.  I spent countless hours with my friends and on my bedroom floor imagining myself as Hulk Hogan, The Ultimate Warrior, He-Man, and countless other iconic characters from our childhood.  However, to me there was an even bigger superhero than any of them, my father!

He was an Army Medic on a Huey flight crew in the closing years of Vietnam. I can’t even estimate the amount of hours I spent just flipping thru page after page of photographs he had taken while on different missions, and Vietnam in general.

My father’s time, along with both of my grandfather’s and some others in my family, greatly influenced my sense of duty, and passion to defend my nation and all she stands for. A nation that empowers the individual man to achieve levels of personal and professional success thru his own pursuit.  This to me is a virtue worth defending.

I was a product of the campaign of the Reagan administration of the 80’s to bring back a sense of pride and patriotism that many felt was lost by a great part of the nation after the effects of the Vietnam War.  I have clear visualizations of Hulk Hogan, Lex Luger waving around the American flag and feeling a sense, even at a very young age, of great pride in being an American.

At 13 years old, my family and I moved to Oklahoma City and what might as well have been Mars for a kid from Western New York.  But there was one thing that was the same, if not even more prevalent.  An obviously proud patriotic city, who had no qualms with having an American or service flag on what almost seemed to be every other house, and definitely on what appeared to be most businesses.

Being around these influences has a huge effect on someone who not only loves his country, but is willing to defend a document and the principals and symbols that made all of that even a remote possibility.  So many anti war folks are quick to point out that our wars are only for corporate interest.  Maybe they are!  I don’t know, I’m not a congressman!

However, I do know that if there’s an existing situation where millions of lives are in immediate threat, and as the world’s most proactive and responsive nation, if we don’t react and stop the bad guys with the guns and rockets from killing people, we’ll also be chastised by those same people complaining about action.  As a nation we’ve grown to a point where we’re damned if we do, damned if we dont.

When I joined the Marine Corps in 2008, my feelings of patriotism and pride only intensified. Some people may call it brainwashing, I think it’s instilling a sense of pride in yourself as an individual for answering a call to duty, and pride for the unit as a whole. An espirt de corps. As an artillery Marine, the training, long field ops, lessons in core values and countless hours spent with my brothers taught me what it takes to not only maintain the freedoms and opportunities we have now, but enabled me to imagine the price that generations of the past paid to pave the way for those opportunities. Not only with the lives lost and blood shed, but the absolute and mindnumbing mental pain and heartbreak that comes with losing friends, that to some, are closer than the brother they’ve looked up to their whole life.

When I see video clips online of people, who for whatever reason, feel so inclined as to step on the flag that millions of men and women have died under, bled under, rushed over to at the knowledge of certain death, just to hold up off the ground and motivate the troops forward. I don’t see just a piece of cloth that you can buy at any store, I see them stepping on the graves and wounds of every man and woman who made that freedom to perform such an act of defiance without the prospect of death or severe retribution, a possibility. On that same note, however, as a Marine veteran, whether I like it or not, that was a right of expression that I signed up for and so many of us defended. That doesn’t mean however, that I don’t believe I shouldn’t have the equal right to non violently voice my disgust for the act, and as a veteran, try to retrieve the flag from desecration in as peaceful a way as possible.

Many of us have seen our friends pass under some horrible circumstances overseas. Being in garrison and hearing about friends downrange getting hit or killed, and the countless suicides that have afflicted the active duty and veteran communities have for many of us, strengthened that sense of family and duty to serve one another. It’s not that we think we’re better than the average individual who works a 9-5, has the stay at home wife and 3 kids and a minivan, many of us are actually envious of that life.

But with the countless shared, similar experiences, we band together the same as any large biological family would when they defend themselves. We love our country, we love our countrymen no matter how sane or crazy they are, but we are tired of our soulless politics and policies we feel do not put us on an even footing with the rest of the populace that stayed behind while we served.

This article first appeared in The Havok Journal on August 9, 2015.