HomeCultureWhat Veterans Are (Still) Owed On The 4th of July 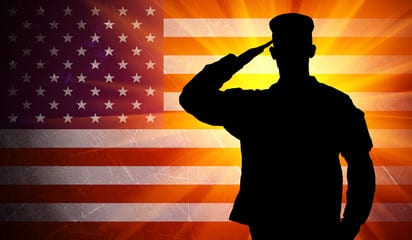 Author’s Note: About this time in the year 2014, I wrote an article about what I felt we veterans were owed on the 4th of July. This article was, in part, a response to what I saw as the steady increase of self-entitled veteran behavior creeping into our community. It seemed that every time a veteran got into trouble, or got into some kind of argument, or wanted some kind of special benefit, the “let me off the hook because I’m a vet” card was played, the “you owe me” attitude cropped up, or the “I’m right, because I’m a veteran” retort came out.

Moreover, I increasingly saw veterans playing up the “dysfunctional veteran” persona, or asking for people to be “considerate of fireworks” around combat veterans, thereby reinforcing the negative stereotypes of “veterans as victims” that the media wants to lay over our entire community and making all of our lives harder.  So, I decided to write about these issues.

Predictably, the article ruffled some feathers when it was first posted.  A frequent response, as you can see in the comments section in the original article, was along the lines of “you must not be a veteran” or  “did u serve,” as if a true veteran can’t think or speak critically of his or her own community.

Well, I *am* a veteran, and yes I did serve, for a lot longer than most people reading the article. If you want to check out my bio, feel free. But regardless of what my credibility is or is not with regard to being able to write about veterans’ issues, the article should stand or fall on its own merits, and this article seems to have stood the test of time.

Much like the article about sketchy PTSD claims that I wrote, which also elicited extreme emotional responses, I think it’s very telling that after an entire year and countless posts, messages, and other statements expressing outrage about last year’s 4th of July article not a single person was able to rebut the basic premise. And guess what? Other veterans feel the same way about these issues that I do. So don’t get mad at me for exposing the truth.

Without further ado, I wish all Americans a happy Independence Day, and I urge all of my fellow veterans to consider, once again, what our country owes us on this 4th of July. And if this year there is someone out there who thinks he or she can offer a suitable rebuttal, you know where to send the email.

I get it, you’re a veteran. You’re proud of that, and you want everyone around you to know it. You have the t-shirts, the hats, and the bumper stickers to prove it. Your Facebook profile sports a picture of you in uniform. You might even have a sign in your yard announcing to the world that you’re a vet. I get it, because I’m a veteran too.

And because we are both veterans, I want to ask you for two things. The first is to ask if I can shake your hand and say thank you for standing with me and all of the rest of our brothers and sisters in arms as part of that .01% of Americans who have what it takes to serve in the military and preserve our country and our way of life through the profession of arms. I’m immensely proud of that, and I’m glad you are, too.

The second thing I want to ask you is to just turn it down a notch.

If you’re wearing, saying, or doing something to constantly remind the rest of America that we are better than they are, or that they owe us something, you are wrong. If you’re reinforcing negative stereotypes about us, particularly that we’re all broken, mentally unstable, or otherwise victims of our time in the service, you’re not helping. And if you’re using claims of service-related disabilities to excuse your shortcomings or behavior, you’re not doing yourself or the rest of us any favors.

Let’s take a look at what veterans are owed on the Fourth of July. As a veteran, there are certain things we are entitled to based upon our military service. We’re entitled to the benefits we earned, we’ve earned the gratitude of those who want to give it, and we’re given the honor (and responsibility) of being called “veteran” for the rest of our lives. But while we are “entitled” to certain things from the government, the American people as a whole don’t “owe” us a damn thing. And we need to stop acting like they do.

The cops and judges don’t owe it to you to cut you a break when you make a bad life decision, especially if that decision is related to something that’s not allowed in the service either. And they definitely don’t owe you a break if you keep making that decision over and over again. If you are being honest with yourself, you know your fellow veterans would be even harder on you for representing the rest of us that way.

Your classmates and online friends don’t owe it to you to defer to your judgment over theirs every time there is a political disagreement. I hate to break it to you, but just because you served overseas does not make you a geo-political expert of any sort. Welcome a good debate, and be the consummate professional even if the other person is not.

People you meet in bars don’t owe you free drinks or their phone numbers because you’re a veteran. Sally may be impressed that you served, but she also might be impressed by the guy with the Harvard Law degree sitting down the bar from you. Danny might think it’s cool you did some time downrange, but he spent the last four years in South Sudan with the Peace Corps, and he didn’t even get to carry a gun. Sometimes you’re not the coolest kid on the block. Deal with it.

Businesses don’t owe you discounts. I love going to Home Depot and getting that 10% discount when picking up supplies for my next doomed-to-failure DIY project, and I appreciate that they offer it – but I certainly don’t hold it against a business who doesn’t do the same.

Your neighbors don’t owe it to you to fundamentally alter their lifestyle around your needs and preferences, even on New Year’s or the 4th of July. After living the rough and tumble lifestyle of a service member, do you really want to be treated with kid gloves for the rest of your life? I don’t. I would rather go next door, grab a beer, teach little kids how to (safely!) blow stuff up, and enjoy our exceptional American lifestyle. After all, isn’t that why we put on a uniform in the first place?

In short don’t confuse what we are all “entitled” to by custom, contract, and law with what we are “owed.” In or out of uniform, veteran or not, we are all Americans and we are all in this thing together. We need to stop stiff-arming the American people and start extending our hand in friendship. And we start that by ceasing to think that they owe us for our service to them.

This article first appeared in The Havok Journal 4 July 2014 and has been updated annually since. You can also check it out in Ranger Up’s Rhino Den.