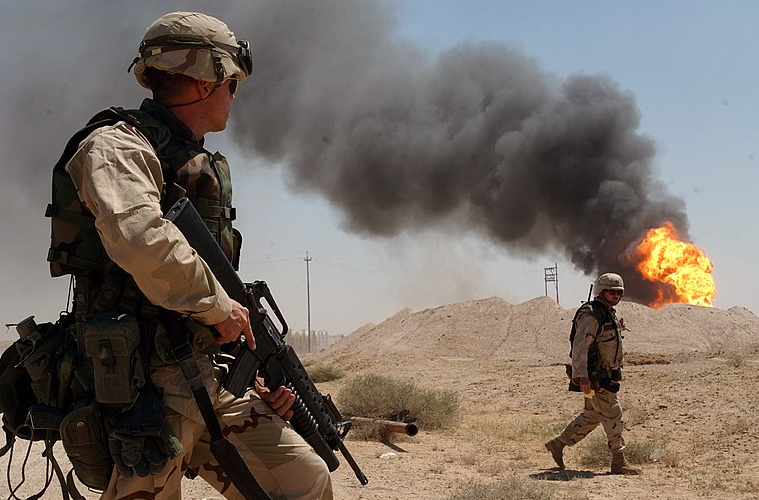 Yesterday… I was walking patrol with Travis and some locals. Locals had been hit three times in less than a week. They were jumpy.

Someone was having a gunfight in the distance.
I heard a “Snake” coming in fangs out — low and fast.

Six must have called in air assets.

Fish heads were probably already inside the wire.

I heard her making that distinctive “whoopp whoopp whoop” of a hard return to target and knew they were about to put fire right on top of us… Commo down for 20 mikes.

Travis and I were separated from the team and had no idea where Six was. We started taking heavy fire from our left flank. We were screwed!

I headed for cover and lost sight of Travis, I think he went down.

I hoped he was just taking cover. I took up a firing position and waited…

And I saw the look of concern on the old woman’s face; gazing in at me…

through the cases of paper towels,
past my bunker barricade of rolls, on into my hole…
as I frantically tried to figure out how I’d lost my weapon.

Then the realization that I was still at Walmart in Lodi California.

It seems Walmart has a ventilation fan that sounds much like a Cobra gunship in a turn if you just happen to stop directly below it to get your paper towels.

I almost think she understood. — DO YOU?

This first appeared in The Havok Journal on February 25, 2015.