HomeCultureA Veteran’s Take on ‘Not a War Story’ 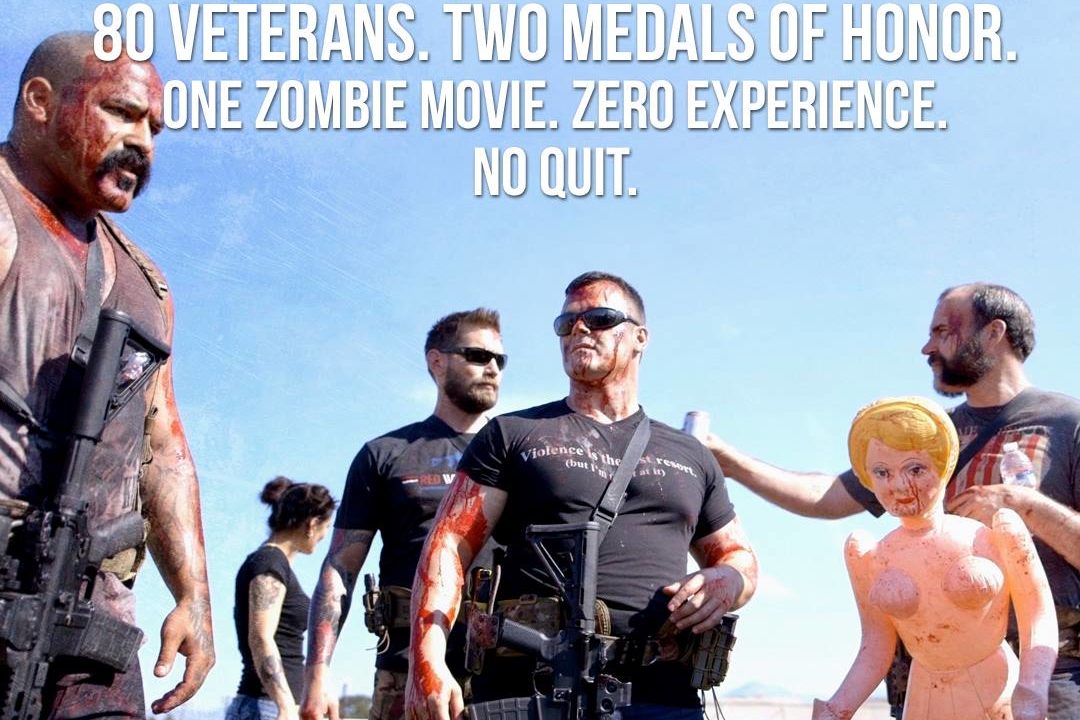 There are two types of people in this world: those who have seen Range 15, and those who have not. Which is about like saying everything in the world either is or isn’t a potato when you really think about it.

If you’re one of the people who both haven’t seen Range 15 and isn’t a potato, it’s best summed up as a veteran screwball comedy masquerading as a zombie movie. The humor is pitch black and wildly inappropriate by pretty much any standards.

This should come as no surprise to anyone familiar with Ranger Up or Article 15, the clothing companies turned viral video powerhouses (or was it the other way around) who collaborated to create it. It’s dark, transgressive, and perfectly suited for the veteran audience. You’ll see a family of anti-gun activists suicide in gruesomely hilarious fashion, a man with a blowup doll glued to his crotch, and a woman with no arms try to pick up keys off the ground.

Oh, and there are zombies.

Range 15 has been called many things in the year since its release: hilarious, offensive, over the top, you name it. But what it hasn’t called, at least by my count, is inspirational.

That might all change with the release of Not a War Story, a behind the scenes documentary that chronicles the trials and tribulations the masterminds of Range 15 went through to get it made.

By the standards of a behind the scenes documentary, Not a War Story isn’t groundbreaking, but then again, it doesn’t set out to be. It’s very much a meat and potatoes look at what went into making the movie: behind the scenes footage of how certain shots were composed, interviews with the actors and crew, and candid glimpses into the messy and often shady world of Hollywood movies make up the majority of the film.

If you’ve cruised the special features of your favorite blockbuster before, chances are, you’ve seen all this before. It’s extremely well done, but it doesn’t break any new ground.

But Not a War Story has something that the average behind the scenes documentary lacks: it has heart. 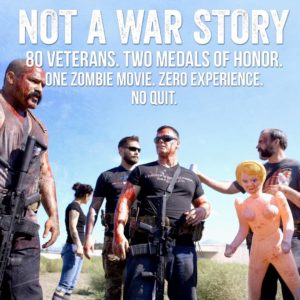 See, making a movie is hard. Experienced crews working for huge Hollywood production studios take months and can spend tens or even hundreds of millions of dollars to make a movie. The team behind Range 15 had none of that.

They had a shoestring budget. Much of the crew consisted of veterans with zero filmmaking experience. And they had a grand total of 13 days to shoot.

By any reasonable standards, it would have been an impossible task. But apparently, no one told that to them, because they said to hell with it and did it anyway.

That’s what makes Not a War Story inspirational. It is, above and beyond all else, a story of the veteran community coming together to achieve the impossible. And not only do they do the impossible, but they also do it in their own inimitable fashion.

When one of the trucks they were using broke down, they put out a call for help, and servicemen from a nearby base snatched a set of slave cables and drove out there. When Nick Palmisciano screwed up his ankle, he taped that shit up and drove on. Nearly every day, something went wrong in spectacular fashion, but rather than whine and cry about it, they did what they had to do and got the job done.

That’s what makes Not a War Story something truly special. We live in a day and age where an ant can fart and the entire country will tear itself apart arguing over it. Our nation is as divided as it’s ever been, and it seems like every day, something drives that wedge a little deeper.

Not a War Story is proof that we as a community can come together and do the impossible. All that crap your guidance counselor fed you about how you could do anything if you set your mind to it? Turns out, it’s true. All the veteran community needs is a goal and a plan, and we can embarrass a multi-billion dollar industry.

Just imagine what we could do with a whole country.

Purchase Not a War Story on Amazon and iTunes!

This first appeared in The Havok Journal on November 6, 2018.