HomeCultureVeterans, It’s Our Fault the Public Doesn’t Understand Us 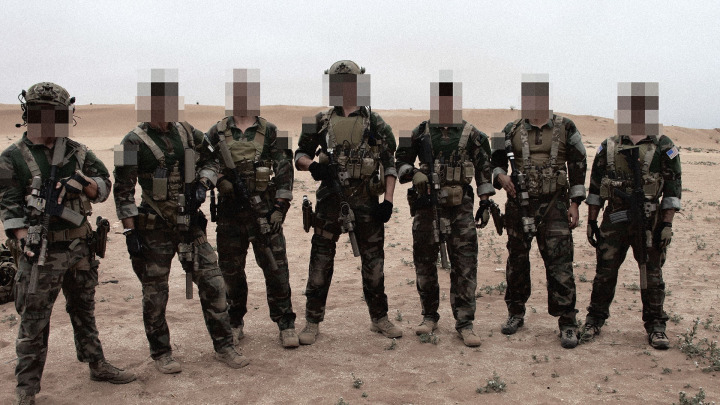 Having looked at why we as a veteran population typically keep silent, why does the uninformed public often choose to remain uninformed? Consider the society in which we live. We are used to things being neat, clean, orderly, and quick. Haven’t we all heard the analogy about how we get our meat clean and packaged from the grocery store so we don’t have to see the real blood and death that comes with the slaughter? America has done the same thing to the combat veteran. When he comes home, we want to see him sanitized of war, lest he infect the rest of us normal people with it. He should get off the plane with a fresh haircut and a clean shave. “He’s home, and needs to leave all that dirty combat behind him!” When people think of the Marine Corps, they see the crisp dress blues uniform and the spinning rifles of the Silent Drill Team. They don’t want to think about the dirty infantryman putting a bayonet through another human’s face.

It is also a reason behind the push to allow women in combat zones. No one wants to see a female fighter go against a male fighter in the UFC because we all see the violence of professional sports on an almost dailybasis. If Rhonda Rousey were to fight Mirko CroCop, or Chris Cyborg fought Tim Kennedy, the slaughter would be palpable through the TV screen. Nobody wants to see that kind of beating in sports, but the realities of war are so far removed from most Americans that they would instead gladly send (someone else’s) daughter into life or death, kill or be killed situations, just to call it “workplace equality.” If you don’t believe me, study the women in the Kurdish army fighting ISIS right now. Find out what happens when they get captured, and tell me if you would be ok with that happening to just one American servicewoman.

Large parts of our society may love the military (the other parts of society hate the military, so this doesn’t apply to them).  But they only love the yellow ribbons, patriotic songs, videos of Marines coming home to their families,and soldiers standing at attention during the National Anthem at an NFL game. These images are all they see of the military, and because of that they don’t see the consequences of war. If they do see real images of combat, it is in unabashed glorification of it, making it seem awesome. They don’t see that, while it is indeed awesome, it’s awesome in the same terrible way a tornado, earthquake, or the wrath of God is awesome. They will gladly send a rifleman to “fight for freedom against those (insert racial slur of choice here),” so long as they don’t have to deal with the visceral nature of what goes on in the smoke, blood, and battle.

I’ve had quite a few run-ins with guys like this. The mouth-breathers come up to me in their American flag t-shirts and Carhartt hats, asking if I’ve heard of ISIS, and when “we’re going to do something about it?” I end up asking, “What’s do you mean ‘We?’ Are you going over there too?” To guys like this, a conflict in another country was simply an “away game” to watch as entertainment as they armchair quarterback men greater than themselves. It is a simple matter of an almost deliberate ignorance regarding violence.

Unless we educate regarding our experiences, they will continue to cheer for any war on the horizon, advocate “bombing hajis into glass,” or any number of retarded foreign policy strategies. It will be just one more excuse to wave an American flag and quote “Team America.”

On a side note, don’t get me wrong, I firmly believe that quoting “Team America” while waving a flag is a viable use of my time.

Yes, our nation has covered its ears and closed its eyes to the Darwinian violence of combat.

Sure, when you come home after a deployment to Sangin, Afghanistan, your parents hug you, but look at you in horror when/if you describe what you did over there.

I agree, a majority of the population has sacrificed nothing while we fought two wars.

Should we put the blame only on civilians, simply to seethe in “righteous rage?” Are we going to complain about “society” passive-aggressively, while offering no solutions to the divide between civilian and military?

Shouldn’t we instead educate, starting with those closest to us?

Can we take action, and take charge of how we are viewed?

Here are some steps I would recommend;

1. Speak to your families. Be honest with them. Not being an expert on child-rearing or a marriage therapist, I want to be careful not to tell you how to run your home. However, if your family is anything like mine, they genuinely want to assist in the transition to home, and support you when you’re gone. Your children will want to know what you did, and what was worth so much that you would leave for months at a time. I plan on encouraging my son to join the military, and I want him to know exactly what he is getting into. If my children ever ask if I’ve ever had to fight, I will be honest. I’ve already had a conversation with my oldest daughter about why I had to go to other countries so often, and it went well. I was honest without scaring her, and she was interested. They deserve to know what that can do to a man. If you’re honest with your family, they will better understand you, which is infinitely better than having them stand by helpless watching you struggle with readjustment.

2. Be honest (and appropriate) to your co-workers. Cut them some slack for their curiosity. They’re going to have questions when they find out that you’re a veteran of a war, and yes, some of those questions will be dumb in your eyes. When the fat pimply guy who lives in his mom’s basement so he can focus on his World of Warcraft account hears that you’ve carried an actual weapon for a living, he’s going to have questions. When the lady who has lived her whole life in the same town hears that you’ve been to another country, she’s going to have questions.
Granted, they may be enclosed in a futile arrogance as the fat pimply guy tries to prove his worth to himself, and the sheltered lady may ask weird questions about the weather in Iraq, but they’ll be interested. Who knows? Maybe that scrawny teenager who hears about the heroes with whom you’ve served will be inspired to go to the gym, study more on foreign history, or even sign the dotted line and carry a gun for a living instead of an X-Box controller.

Caution: Figure out ahead of time where you draw the line. If you start talking about that kid you shot because he was digging on the side of MSR Michigan in Fallujah in 2004, you’ll risk getting fired or alienating yourself from your co-workers. If a mouth-breather asks disrespectful questions, or says inappropriate things about your fallen brothers, honest kindness might not be your go-to response. Be prepared for ignorance, but also for giving an impromptu education.

3. Speak in school assemblies or town hall meetings.  Author Sebastion Junger in his Washington Post article “U.S Veterans Need To Share The Moral Burden Of War” described a concept lost to our nation, but shared by most early warrior cultures. “Often there was a celebration in which the fighters described the battle in great, bloody detail. Every man knew he was fighting for his community, and every person in the community knew that their lives depended on these young men.” Mr. Junger suggested a return to this tradition in order to both help the soldier, and to educate the civilian.

I’m not talking about standing in front of a kindergarten class and describing “opening heart and expanding minds with 5.56 rounds,” but give listeners a dose of reality. There are often school functions for Memorial Day or Veterans Day, and many would love to have an actual veteran tell their story. Tell them about your job. If you were a truck driver, tell about how vital supplies were carried by you. If you were a medic, talk about the cool procedures you were able to train on.

I’ve stood in front of my mother-in-law’s elementary school class as they asked me about Iraq. I’m not sure what it is about those ankle-biters and nose-miners, but I was more nervous about doing that than I was about getting ready for a combat patrol. They actually asked really good questions, and even though I didn’t talk about some “wicked cool headshot,” I think that they have a better knowledge base now.

I’ve heard it suggested that the VFW host an event to allow veterans of various wars tell their stories. They could host a dinner, and maybe raise money for various veteran charities at the same time. Many people in a given town have no idea that they’re living next to a Vietnam or Gulf War veteran, so imagine the wealth of knowledge that could be passed down from surprising sources.

I personally picture a town hall lit with torches on the walls. A hog turns on a spit over an open fire. The veterans sit on fur-covered chairs wearing helmets made of kevlar, 7.62 brass, and cans of Copenhagen. The veteran speaking to the dining civilians must stand in front of a “Punisher” flag, holding the ceremonial double-headed Viking axe. He will be given props to use in acting out his stories, and there will be lighting and sound effects to recreate explosions and thunder. In the background, “Preliator” by Globus is being played on a loop.

This article first appeared in The Havok Journal on 28 August 2015.

Nate Coffey spent four years attempting to become a preacher, and later a chaplain. After deploying with the Marine Corps, Nate realized that being a Scout Sniper was way more fun, and hilarity ensued as he spent the next eight years attempting to do that job for the glory of our republic and our illustrious Corps. After deployments to Iraq and Afghanistan, as well as a stint as a WPPS contractor, Nate set down the gun and devoted his life to teaching his family (and indeed the world) the wonders of beards, improper civilian attire, knife hands, and the DD214. He is a fan of chick flicks like “Commando” and “Boondock Saints.”