HomeCultureWhat is a “Veteran” and Why Should it Matter to You? 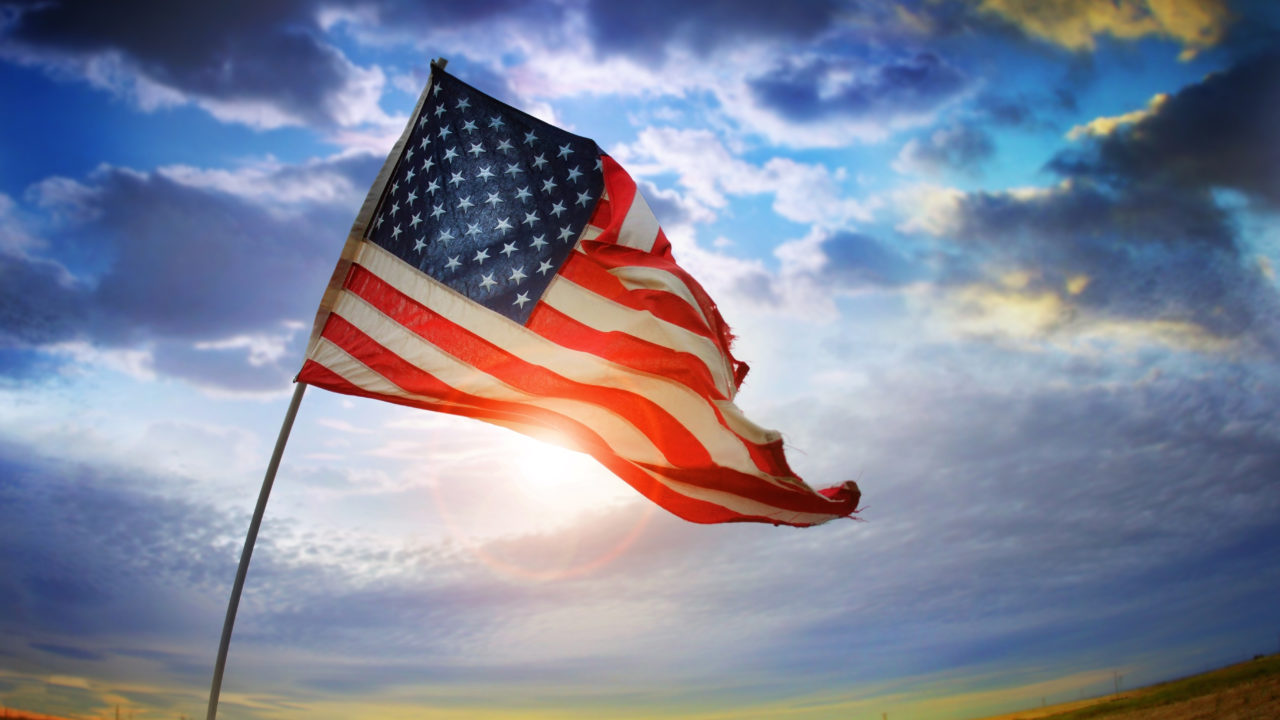 Your character will be formed by how you face challenges.

When I graduated from XXXX, I knew where I was going. I was going to the University of Virginia! After that, the details were a little fuzzy. I had some vague ideas about psychology, or maybe some sort of journalism. But if you think for a second that I was the kid who everyone had pegged as a future Soldier, well, I have to tell you, I wasn’t that guy. Coach XXXX will attest to my athletic prowess – or lack thereof. I sometimes had long hair, down to my shoulders, on occasion, and enjoyed tip-toeing the line between fun and trouble. Miraculously, I always ended up on the side of fun. My best friend then – (who still is, to this day, by the way,) had a father who had served in the Army in Vietnam. But the military? Not a chance. Not for THIS guy.

But after two semesters at Mr. Jefferson’s Academical Village, and perhaps a record for the lowest possible GPA, I asked myself the question… what am I doing with my life? The quote from John F. Kennedy is carved into Cabell Hall, within walking distance from here, actually… “you are here to enrich the World, and impoverish yourself if you lose the lesson.”

I drove down to the United States Marine Corps recruiter. He asked me how many pull-ups I could do. Not quite the challenge I was looking for. So my time with Uncle Sam’s Misguided Children was short. (By the way, MARINE actually means Muscles Are Required Intelligence Not Essential.) I have relatives who joined the Marines, so I feel comfortable making that joke. That’s your little dose of inter-service rivalry for the day.

But then I went to the Army recruiter. I told him that I wanted to jump out of airplanes and blow things up. He smiled and handed me a contract.

A few years later, as a brand new 2nd Lieutenant, I was given the responsibility of leading a platoon of 4 M1A1 tanks and the 14 men who crewed them. Not quite the same as being the shift manager at Denny’s, right? We spent the better part of each day together for years, eating, sleeping, doing maintenance, joking around, doing maintenance, going to the National Training Center, doing maintenance, blowing things up, and then redeploying and doing maintenance.

Only a few years later as a Captain, my first Company Command, I ended up in charge of 453 men and women and was signed for my own installation in the Republic of Korea in the 2nd Infantry Division. I was making decisions that affected the lives of hundreds of men and women, as well as their families, within artillery range of the Demilitarized Zone. The point here is not chest-pounding bravado, but that the Army provided me with “opportunities to excel” which are pretty much unheard of in other professional arenas. And every few years, a new challenge came along.

As a Major, I served as a Logistics Officer with the 160th Special Operations Aviation Regiment (SOAR). I had the privilege of deploying with the Nightstalkers to Afghanistan, in support of OPERATION ENDURING FREEDOM. I can tell you that Afghanistan was cold.

Two years later, I was in Command again, supporting the 5th Special Forces Group with the Group Service Support Company (GSSC). I deployed twice to Iraq with them, as part of the Combined Joint Special Operations Task Force, part of OPERATION IRAQI FREEDOM. I am proud to say that I brought every single Soldier under my Command back alive.

One of the favorite quotes from my time with the Nightstalkers comes from the Book of Job, 23:10. You’ll see it on T-Shirts all over the compound. “But he knoweth the way that I take: when he hath tried me, I shall come forth as gold.”

The quote means something special to me because in the Army they talk about the “crucible of leadership”. A crucible is a container that can withstand very high temperatures and is used to melt and purify metal and glass.

When you try gold in a crucible, the greater the heat, the purer the gold. The application of fire serves to separate every particle of impurity or alloy and leaves only the pure metal. So it is with the challenges you will face in life.

You should not dread the trials and challenges of life. They will not destroy you! You will be the more valuable for your trials, as gold is for the application of heat. There is no danger of breaking down a truly motivated person. You can’t burn fire with flames. All you need is to have faith.

My years in the Army have been an adventure, with a lot of unexpected twists and turns. I have seen things that have made me say “I can’t believe that they pay me to do this!” Jumping out of airplanes in the middle of the night with a full combat load. That is awesome. Getting shot at; not as awesome. I was there for my son’s birth. But I missed my son’s first three birthdays, afterward. Pride, great sadness, mind-numbing boredom, intense joy, absolute relief, and occasionally, complete exhaustion, the full range of human emotion, and memories to last a lifetime. And along the way, I have grown and changed, taking into myself the Army’s moral and ethical values.  It has been my crucible.

Which brings me to my final point. A summation, if you will.

Why have I served, and why do I continue to serve? Why have and who do Veterans place themselves in harm’s way?

I have been given the greatest gift that I believe a man can give to himself; I wake up in the morning (sometimes earlier than I would like), and I get to look in the mirror and respect the man that I see.  Because I do something I believe in.

It is not because I get to go to wars. No. A veteran is someone who has gone to war because his Nation tells him or her to. “The soldier above all others prays for peace, for it is the soldier who must suffer and bear the deepest wounds and scars of war.” – Douglas MacArthur

Why have Soldiers gone to Vietnam? Desert Storm? Operation ENDURING FREEDOM?  Iraqi Freedom?  Because their Nation has ordered them to go. It is ingrained in every service member that we must follow orders, as long as they are legally, ethically, or morally correct. We are likewise ordered to NOT follow any orders that do not meet those criteria.

We are all races, creeds, colors, and faiths.  Racism, sexism, homophobia, and hate speech are all punishable under the Uniform Code of Military Justice.

Also, we are apolitical. You may have noticed that there was recently an election. I do not serve one particular party or affiliation. When an officer is commissioned or promoted, they raise their right hand and swear an oath. They solemnly swear to support and defend the Constitution of the United States against all enemies, foreign and domestic, and to bear true faith and allegiance to the same.

And what does the Constitution say? “We hold these truths to be self-evident, that all men are created equal…” THAT is what we are sworn to uphold and defend.

You may be surprised to know that there are countries in this world who do not feel the same way. Some countries and some ideologies think that it’s perfectly okay to drop chemical weapons on civilians. Or that it’s entirely ok to force boys and girls into sex slavery, or behead nonbelievers, or push those of different faiths off of rooftops for fun. Others have a stated goal of seeing the United States wiped off the face of the Earth.

My time in Iraq with the U.S. Army Special Forces was undeniably some of the most rewarding in my career. Their motto is “De Opresso Liber”. Can I ask a Latin scholar in the audience to translate it for me? That’s right, “To free the Oppressed”. Into the breach between the things we cherish and the forces that would harm them, steps the Soldier.

So, to summarize, what being a Veteran signifies to me…

Answering the call of Service to the Nation.

Character is formed by the experiences, and how we respond to them, and

Dedication to a code of conduct, standing for something greater than yourself.

On a personal note, I have friends who are no longer with us, better men than me. I would like to imagine that if they could look down on us right now, they would say “Man… you talk too much.” And they might add this. Life is a one-way trip. You get one chance to make the world a better place, and then your time is gone. You get one shot – so make it count.

Thank you for your time.”

At first, stunned silence. Then, a standing ovation. Some students came up to me afterward and wanted to make a point of shaking my hand and saying thank you. Same with the faculty. One of the teachers came up and said “thank you for reminding the students that the military doesn’t take sides and that it has ethics. There are a lot of students who are worried… since the election.”

We live in strange times. The Cubs win the World Series, 70 degrees in November, and there is a megalomaniacal Oompah Loompah about to take over the leadership of the greatest country on Earth.

But the comment that really struck me was the kid who said “thank you for showing us there are still some people worth believing in.”

I submit that there is still a lot of good in this world, ladies and gentlemen.  And it is our duty to protect it.

This first appeared in The Havok Journal on December 26, 2016.

Disclaimer: this article represents the personal opinion of the author, and does not reflect an official position of the U.S. Army, the Department of Defense, or the U.S. Government.