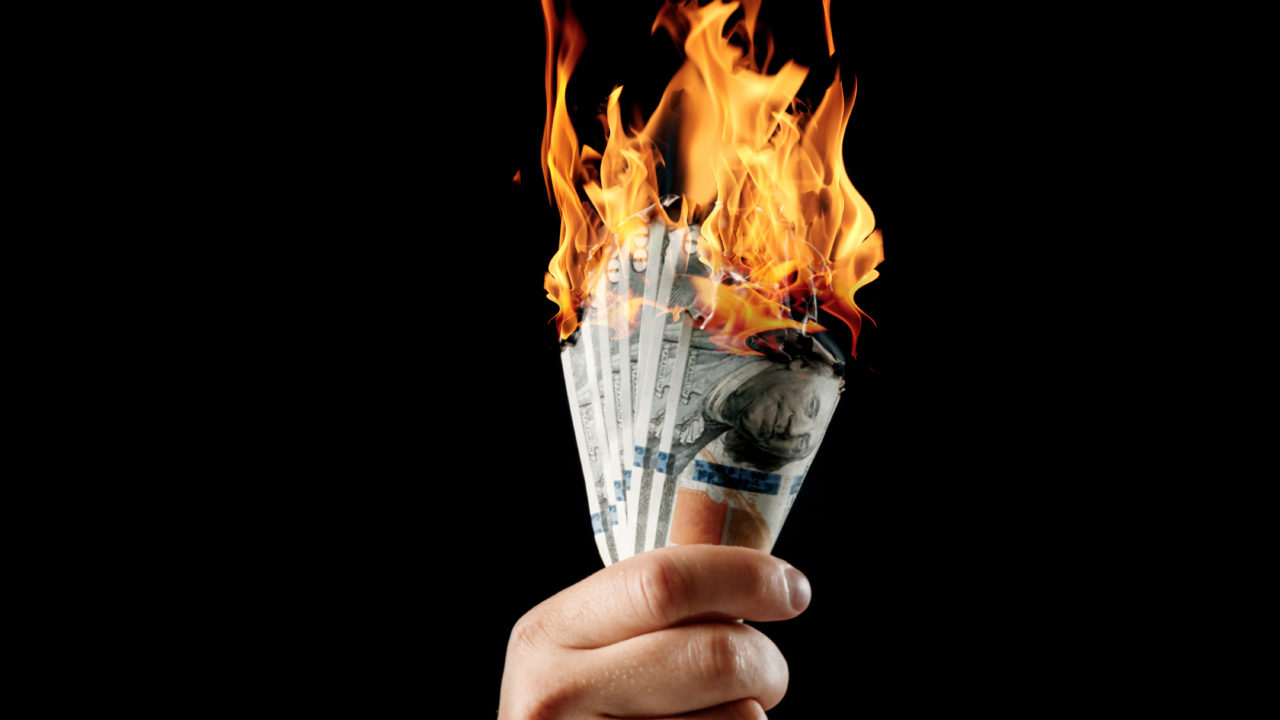 Ground warfare used to be simple: “Move to the sound of the guns, and shoot anyone not dressed like you.” Things aren’t that simple in the U.S. military these days, since first the Marines and then every other service abandoned the effective and “uniform” uniforms (battle dress uniforms, or BDUs; and desert combat uniforms, or DCUs) and began fielding a bewildering variety of service-specific (and often quite ridiculous) ground combat uniforms. The time, effort, and money wasted in these endeavors have been enormous, and the Army appears ready to repeat this blunder by rolling out a new ground combat uniform, its third in less than five years. The US military, particularly the Army, is so enamored with fixing uniform problems that didn’t even originally exist that it could be written up as a bad fiction novel; call it “50 Shades of Green.” 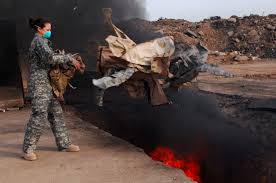 So, the Army is giving us another uniform. Awesome. Let’s pause to take stock for a moment and evaluate priorities: We’re broke as hell, as a nation, and as an Army. The Army’s upcoming “pay raise” isn’t going to be enough to keep up with inflation, effectively amounting to a pay cut. Sequestration looms over the entire military. The troops aren’t going to get paid at all if Congress doesn’t come together on a budget. Current manning levels across the armed services are poised to get slaughtered through a reduction in force that will likely be at least as bad as anything anyone currently in uniform has ever seen. Military benefits are about to take a major hit. We’re still involved in two wars in the Greater Middle East and preparing for a possible third. But hey, guys! Guess what—new uniforms!!! Yay! That will fix EVERYTHING!

Where is all the angst and cynicism in this article coming from? Well, in an article published in the 23 September edition of the Stars and Stripes, Sergeant Major of the Army Raymond Chandler indicated that the Army is soon to field a new field uniform. That’s great and long overdue. We’re finally getting rid of this train wreck known as the Army Combat Uniform (ACU), whose “camouflage” pattern is pretty much only useful if you’re fighting in a gravel pit. At night. Good riddance, ACUs.

The ACU, with its slanted pockets and copious amounts of exposed Velcro, was supposed to mimic the appearance of the non-standard uniform alterations adopted by special operations forces (SOF) personnel early on in the wars in Afghanistan and Iraq. In this regard, it is much like the infamous black beret, which was taken from the elite Ranger Regiment and distributed to the entire Army (the Rangers now sport a tan beret). The thought in both of these cases is, of course, if you make people LOOK elite, then that MAKES them elite. No need for special assessment or training; the clothes make the man.

Of course, the ACU was as big a failure as the black beret. No one is a “more elite Soldier” after donning a black beret and a faded gray uniform; they’re the same people they were before, they just look more ridiculous now. Aside from the ACU’s contemptible color scheme, the rush to mass-produce these uniforms inevitably led to quality issues. Specifically, the material to make ACUs was weak and tended to wear out early or rip easily. Many of us experienced this personally in Iraq and Afghanistan. And don’t even get us started on the buttons. The few buttons that the ACUs had fallen off so easily that they might as well have been attached with the Velcro that covered most of the rest of the uniform. Some of us went through more sets of ACU uniforms in half of one tour than they did in all other combat tours put together.

It was also hard to get matching accouterments to the ACU pattern such as magazine pouches, body armor, helmet covers, and backpacks. This led to “Frankenstein” compilations of different patterns, proving that it was, in fact, possible to look more ridiculous and out of place than with wearing ACUs alone. The fact that everything was attached to Velcro also annoyed me. In more than half a dozen deployments, I never once needed to suddenly rip off my American flag, my unit patch, or my name tag. A big white guy wearing an American ACU uniform and carrying an American kit is still identifiable as an American, whether or not I had on the flag. The only thing the exposed Velcro was good for was attracting mud and sticking to other Soldiers while brushing past them in the chow line. I take that back, it was also good for something else: sticking to itself while being laundered.

But enough about the ACU, that’s in the past. The Army eventually woke up to the fact that the ACU is a failure, and began issuing a commercially available uniform called MultiCam… but only to units deployed in Iraq and Afghanistan. The rest of the Army in garrison remained mired in a sea of ACUs. The Army has been using MultiCam as an “interim” solution to the ACU problem. This was a great idea and was something the entire military should have gone to originally if we needed a change from BDU/DCU. Multicam works, it comes in multiple patterns, and oh yeah, it blends in with something other than your grandmother’s grey-green couch. MultiCam is commercial-off-the-shelf, which means there’s already a production line, and there are already producers ready to meet the demand for not only uniforms but for other accouterments as well.

So, given MultiCam’s effectiveness, the fact that it is already fielded and field-tested, that troops love it, and it is already commercially available (i.e. no R&D costs), I’m relieved to know that the Army has selected MultiCam as the replacement for the much-maligned ACU.

Wait, what’s that? The Army DIDN’T pick MultiCam? That’s right boys and girls, upon closer inspection, it seems that the Army didn’t select MultiCam, it selected something “like” MultiCam. So let me get this straight. We left something that was already working (BDU and DCU), spent $5 BILLION dollars on a worthless replacement we didn’t even need, finally got something good (MultiCam), and now we’re abandoning that, too, for some other expensive Army-derived contrivance? Does that make any sense to the leaders of our country and our nation? It’s a lot like the GCCS vs. Palantir argument now roiling the corridors of the Pentagon: a government-contrived, multi-billion-dollar, ineffective abortion (GCCS and “something like MultiCam”) wrestling with an agile, functional, and cost-effective platform from the private sector, that the troops actually like and find useful (MultiCam and Palantir).

The Army’s uniform decision is even more perplexing given Congress’s guidance to all of the armed services to get their act together and stop wasting their time and taxpayer money on ridiculous new service-specific uniforms.  This is important because while the Army leads the way in uniform-related stupidity, the other services have been guilty as well. And as crappy as the ACU is, at least it’s not the Navy’s blue “tactical” uniform (complete with fuzzy black boots) or the Air Force’s aborted “blue tiger stripe” uniform. Given this Congressional directive, the announcement of the Sergeant Major of the Army comes across as a huge GFY to Congress. “Yep, I heard what you said about one common uniform, but here in the Army, we’re doing our own thing.” There is no word yet if the Army-designed uniform will come with an integrated reflective belt.

The ACU was a solution to a problem that didn’t exist. We would have been better off sewing pockets and Velcro on the old DCUs and BDUs and saved the BILLIONS of DOLLARS in R&D costs and fielding expenses, in addition to external ridicule and internal derision incurred from the fielding of the ACU. But while we’re dumping stupid uniform decisions, we might as well throw the black beret into the bargain. Although the Army has wised up (a bit) and left the wear of the black beret as an “optional” decision for commanders, no one seems to want to pull the trigger and put the black beret out of the Army’s misery forever.

This might be in part due to the fact that no one wants to run afoul of the still-politically-influential GEN (Ret.) Eric Shenseki, the mastermind of the black beret’s fielding. Or it may be to simple apathy. Regardless, the Soldiers of the US Army and the American taxpayers deserve better. Cancel whatever ridiculousness the Army is planning, and dictate MultiCam as the standard uniform not only of the Army but ALL of the U.S.’s armed services. Put a stake through the heart of the black beret, “the headgear that will not die,” and let us get on to more important things… like, you know… fighting the war, dealing with downsizing, and handling our ever-shrinking military budget.