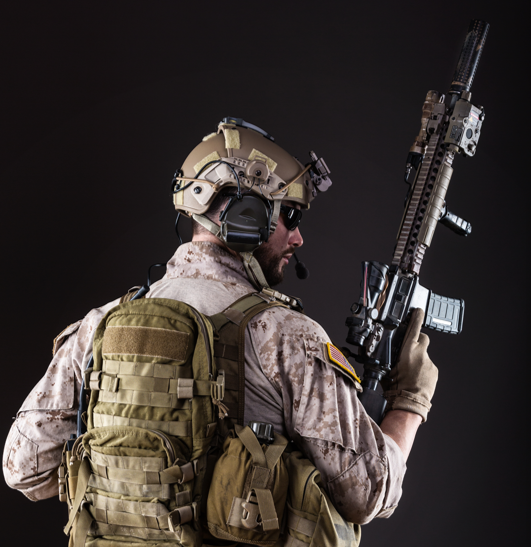 Editor’s Note:  In light of the recent controversy surrounding some of then-General Mattis’s combat decisions, a Marine Silver Star recipient who personally served with Mattis took a moment to offer an explanation of the now-SecDef nominee’s decisions in the early days of the war in Afghanistan.  Much of what follows is detailed at length in the book The Only Thing Worth Dying For by New York Times bestselling author Eric Blehm and is further explained on his web site.

In November, 2001, the soldiers of Operational Detachment Alpha (ODA) 574 stealthily deployed into the Uruzgan province of Afghanistan to foster a guerrilla war to overthrow the repressive Taliban government. These elite Special Forces operators helped an Afghan resistance leader named Hamid Karzai lead his Afghan militia through the mountains of the Uruzgan and Kandahar provinces to defeat the last vestiges of the Taliban government. 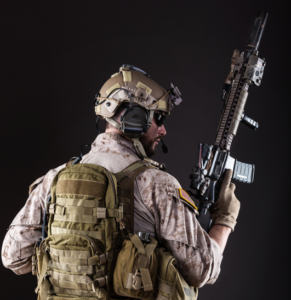 Karzai’s and his militia were resting with their comrades from ODA 574 after seizing the village of Showali Kowt, approximately 10 miles north of Kandahar, when tragedy struck. A 2,000 pound bomb accidentally landed in the middle of Karzai’s militia force on December 5th and killed 27 soldiers, to include two members of ODA 574. Captain Amerine, ODA 574’s commander, sent his immediate superior, Major Rob Cairnes, a request for medical evacuation on the radio.  Cairns raced to the Task Force 58 command post and asked their commander, General James Mattis, for assistance.

Mattis and the Marines from Task Force 58, an amalgamation of units created from the fusion of the 15th and 26th Marine Expeditionary Units, arrived at Camp Rhino south of Kandahar on 25 November. These Marines hit the ground running and were conducting raids across the Helmand province within days of arrival.  General Mattis was in the midst of executing a mission to block the Taliban retreat from Kandahar when Major Cairnes ran into his office. Cairnes told Mattis that he believed an enemy artillery or mortar strike had wounded some of his men to the north of Camp Rhino.

Cairnes had no information on the size or composition of the enemy force attacking ODA 574. General Mattis was not comfortable sending his Marines and their aircraft into an unknown situation on unfamiliar terrain without more information. Due to operational requirements and did not have a reaction force on stand by to conduct rescues, Task Force 58 was stretched thin. It is important to remember that these Marines had only been in Afghanistan for ten days at this point and their four CH-53 cargo helicopters were busy transporting Marines and supplies across the battlefield.

Rescue missions are extremely dangerous for a number of reasons. They are significantly more dangerous when they are conducted between different units and services that may not have compatible communications equipment. In 2005, a Navy SEAL reconnaissance team was discovered by the enemy and requested an emergency extract. Sixteen SEALs and soldiers died in the unsuccessful recovery mission that followed.

General Mattis told Major Cairnes that he was not willing to risk sending an ad hoc team of Marines into an unknown situation without more information. However, he was willing to dispatch a rescue effort if they could operate under the cover of fixed wing air support or wait until nightfall. An Air Force Special Operations Forces team was farther away but their training, equipment and caliber of personnel made them better suited for the mission in question. These highly trained Airmen successfully recovered the wounded members of ODA 574 a few hours later.

War is imperfect and chaotic. Senior military officers are often given imperfect information and asked to make decisions that may cost their subordinates their lives. General Mattis certainly did not callously disregard Operational Detachment Alpha 574’s call for help. He was simply unwilling to risk sending his subordinates into an unknown situation on unfamiliar terrain that they were not properly trained or equipped to handle. He offered to dispatch a rescue effort under the protection of jet aircraft or the cover of darkness but this proved unnecessary once the Air Force Special Forces team was launched shortly afterwards.

It’s easy to pick apart decisions after the fact. I have served with General Mattis and I can tell you that he personally feels the loss of every service member he has lost in battle. I have no doubt that he carries the deaths of these men with him as well. General Mattis is a caring, extremely competent, and highly decorated combat leader who does not deserved to be judged harshly for a single decision he made in the midst of combat, especially when it is taken out of tactical context in which it was made.