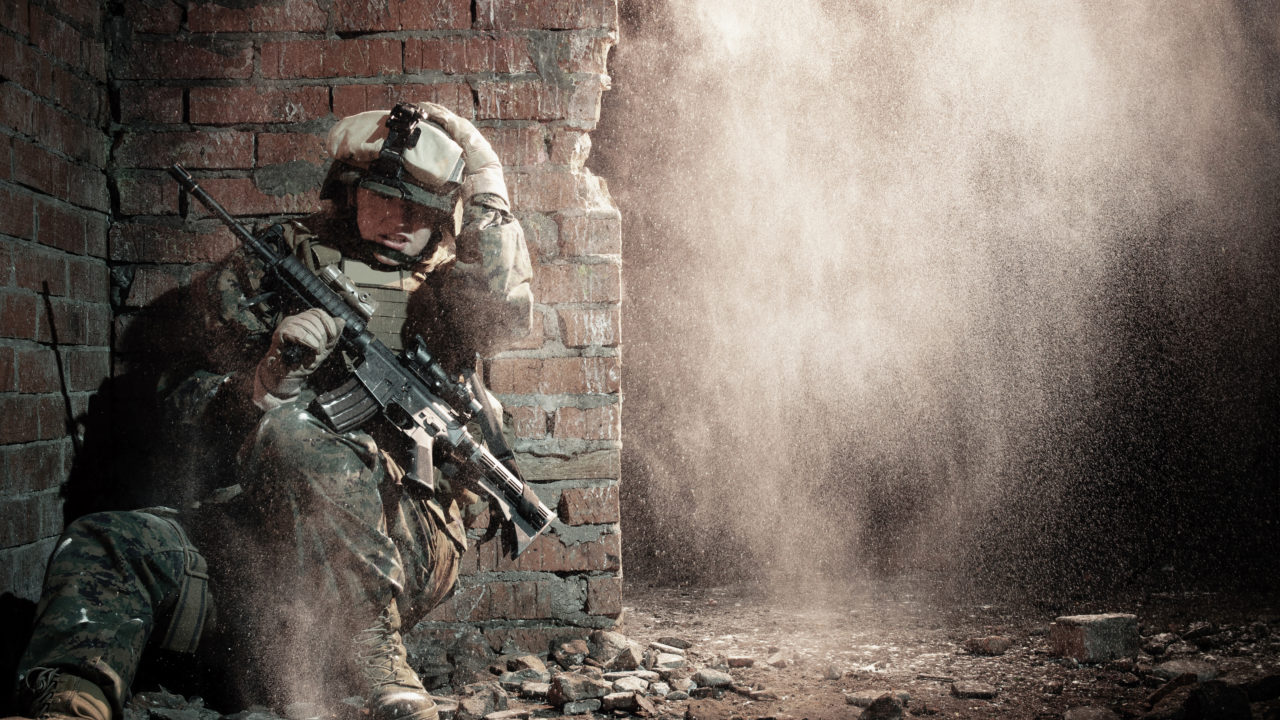 Editors Note: It seemed only appropriate to run this excerpt from Two Charlie by Grant McGarry today, on the anniversary of Spc. Christopher Wright and Sgt. Martin Lugo being killed in action. This excerpt details Wright’s actions in combat on one of the last missions he went on before the objective he was KIA on. Look for Grant’s book to be released sometime this fall.

Wright’s shot suppressed fire from the compound for only a short second though. An AH-64 Apache attack helicopter flew in overhead towards the target and began to engage the target, unleashing hell. In the morning sky, I saw two more RPGs streaking out from the center of the compound towards their assailant in the sky. The Apache banked left and then right dodging the RPGs with apparent ease.  After seeing this I told Wright to send another grenade round into the center of the compound.  Wright’s response was, “Roger that.”

As soon as he let that one go I said, “Again!” Wright continued to send three more 40mm grenades into the center of the compound with expert precision.  After the 7th grenade and the 6th direct hit from Wright’s well-aimed 40 mm HEDP (high explosive dual purpose) grenades slamming directly into the center of the compound, our squad leader ordered us to run to the lower side of the HLZ to cover the rest of our element, in case of a possible flanking movement by the enemy to come up behind us. Immediately Wright and I complied, picking up and sprinting towards the lower side of the HLZ.

Once we arrived, we found a pile of rocks that were only about six inches high.  We laid down in the prone position on our bellies behind the rocks, leaving just the tops of our helmets and back exposed to any enemy combatants that might travel up the hill below us.  The most prominent and likely avenue of approach leading to the HLZ was a dirt road. Meanwhile, we could hear the hellacious gunfight unfolding behind us.  Wright and I were pissed that we had to leave the firefight, but after thirty seconds, we saw a white pickup truck headed our way.  We were pretty sure it was the same pick-up from earlier in the mission that ISR identified but were not positive.  With that said, we started to zero in on it to see what the pickup was about to do.  As the white pickup drove into clear view we had a vantage point from 200 yards away (the maximum effective range for Wright’s M203) but a very effective range for us to utilize our M4s.

Once the truck came to a complete stop, the doors opened and the driver stepped out along with a few guys piling out of the back passenger side door. As they got out of the truck, we scanned through our magnified optics mounted on top of our M4s, looking for weapons.  At first glance, we did not see anything but simultaneously we started to hear rounds fly a few feet over our heads.  Wright and I could hear the rounds as they made the very distinct noise that one would only know if they have ever been shot at.   Wright said, “Are they shooting at us?” I responded sharply, “Yes”.

Immediately after I said that more rounds flew over our heads and then the driver reached back in to pull something out of the truck.  We identified that he was reaching for an AK-47.  As soon as I saw this, I opened up with a burst of 5.56 and instantly killed him. I could hear the truck’s glass windows shattering and the metallic thuds of rounds hitting the chassis.   Wright was joining in as if we were archers on top of a castle just lobbing precision-fired shots one after the other and not letting up.  We had them pinned down and were picking them off one at a time.  Those same noises we heard directly from the impact of metal on metal when hitting the truck were echoing off the mountain range producing a chilling effect. 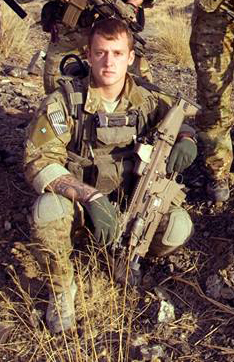 The remaining Afghans were pouring out of the truck trying to escape the death trap as if this truck was a Taliban clown car!  Wright and I had the drop on these guys at an elevated position and it was like shooting fish in a barrel.   As Wright was continuing to lay waste into the combatants with 5.56 ammunition from his M4, I gave him a fire command to shoot one more of his high explosive grenades at the truck.

“Wright, one round HEDP (High Explosive Dual Purpose), white truck, 200 meters.”  Again, as he had done so many times before, replying with, “Roger that.”  After going through the motions earlier he was a well-tuned machine, and pulled his second to last round out from his kit and loaded it into the M-203’s breach.  Wright got up on a knee, and with only a split second of dialing in his aim, he let it rip.  While Wright was doing this, I gave a quick radio call to my squad leader telling him to, “get over here.” He began to run to our position, along with our Platoon Sergeant.

While they were moving to our fighting position, Wright’s (HEDP) round impacted between five and ten meters in front of the truck, spraying shrapnel into the truck and enemy combatants both dead and alive.  Wright and I continued to suppress the vehicle along with our Platoon Sergeant and our Squad Leader.  There were now dead bodies lying all over the place, including one guy laid out on the ground in a black dish-dash in front of the vehicle who had foolishly tried to make a forward maneuver to our fighting position for cover.

Comedy always seems to work itself into even the most serious of situations. This firefight was no different; as a couple of SEALs were running to our fighting position one tried to take a light anti-tank weapon (LAW) off his back, which resulted in him tripping and falling right on his face. He immediately was back on his feet, dusting the dirt off and deciding to leave the LAW on his back, now acquiring and engaging targets with his assault rifle. He joined the four of us laying waste to what, at this point, had accumulated to fifteen dead terrorists and one very shot-up truck.

As we lifted our fires in order to reassess the situation we noticed a “Squirter” – an enemy combatant attempting to flee, sprinting away from the truck towards a rock. Immediately, the five of us opened up and just before he made it to the rock, he stumbled and fell due to the amount of fire that struck, paralyzed, and then killed him in his attempt to flee. Fifteen total insurgents were killed coming out of the truck.

At this moment there was finally a sense that maybe the HLZ was secure enough for a helicopter to fly in and pick us up. As if fate was playing a cruel trick at that very moment the compound on the north side of the HLZ started firing at us again with SAF.  The six of us quickly ran back to the embankment where we found cover earlier in the firefight.  On my run across the HLZ, I changed magazines and realized that I only had two left out of the original nine. I tried to put the now empty magazine into my cargo pocket, but there was no more room. I had to open up the dump pouch on my battle belt to put the empty magazine in there instead, and in the process, the clear lens Oakleys I had taken off earlier in the fight fell out of my cargo pocket and into the dirt.  Reaching down quickly to retrieve them, I threw them into my dump pouch along with the magazine. It may seem odd to pause in order to pick up a pair of glasses in the midst of gunfire flying all around you, but as a Ranger, you never leave your equipment behind. “Care of equipment” is literally in the Creed that we all lived by.

I also received a round count from Wright and told him that we will be conserving his last grenade round, and not to shoot it unless we are being charged. I remember one of the SEALs (the one who had fallen earlier) was upset with me for not having Wright shoot that last round at the truck.  It being in the heat of the moment, I told him, “I will manage my team and you can worry about yours.” My thought process was if we get stuck out here on this HLZ all day there is no telling what we could be facing later today and I did not want to use our last 40mm HEDP grenade unless we absolutely had to.