Homesick, and Hitting the Road
by Emily Loewer

This was originally published in the blog “A Little Loewer,” [Editor’s Note: link not active as of January 31, 2020] and is posted here with the permission of the author. This first appeared in The Havok Journal February 10, 2015.

So, I’ve been back home a couple of weeks now from the road trip Leo Jenkins and I took.  Once I got back I had some sort of upper respiratory infection for about a week. Physically, I am better; mentally, I am as homesick as they come. The problem is, I am home. With the exception of a couple of short stints in Alabama and Pittsburgh,

I’ve lived here my entire life. I shouldn’t feel homesick here (I could do with moving back to Pittsburgh, but Hellabama… No.). I’m not homesick for any place I am familiar with, I am homesick for the places I’ve never been. I’m homesick to see Igazu Falls on the border of Brazil and Argentina, for the Petra in Jordan, Plitvice Lakes in Croatia, the fjords of Norway, Angel Falls in Venezuela, the Matterhorn in Switzerland, Ha Long Bay in Vietnam, and the Great Wall of China. I am homesick for the world. I live in it, and yet I haven’t seen it.  So I’m going to.

A while back I had planned to take a couple of months leave of absence from work to go backpack through Europe. That plan fell through when my leave wasn’t approved, and I resigned to take a week long road trip in the US. The road trip only exacerbated the issue. I’ve never wanted to come home from vacation and return to work, but this time was different.
Not only did I not want to come home and go to work, I didn’t want to come home period. I didn’t want to drive my own car, use my own shower, or sleep in my own bed. These are all things I always look forward to when coming home. Especially sleeping in my own bed. I am in love with my bed, we have a special bond. If I’m gone and someone else sleeps in it, I get jealous. It’s bad. But this time all the usual comforts of home tasted like dirt. Since coming home, it’s just felt like I’ve had the worst case of cotton mouth in the history of man. So I did the only logical thing I could do. I put in my notice at work and booked a one-way flight to Spain. I leave in six weeks.
While this sounds like a spur of the moment type of decision, it’s actually been brewing for a long time. And by a long time, I mean that pretty much for as long as I can remember it’s been my dream to just quit life and disappear to travel the world. Ideally, I would leave without telling anyone, and just share my stories upon my return. Seeing as how my family and a few friends would probably be worried about me, I decided to share my plan with them. I’ve been obsessed with this idea to the point that I literally carried my passport and $2,000 in my school bag throughout most of my college career. Nothing made me want to run away more than college did, especially after I returned from Pittsburgh. 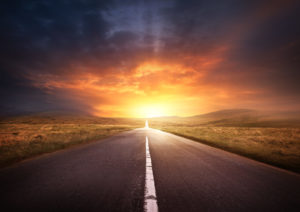 The night that I watched The Secret Life of Walter Mitty, I told my best friend Juli that I was about to turn it on. She must have set an alarm for the length of the movie, because as soon as it was over, she called me. I was on my laptop, credit card in hand, looking for the cheapest international flight I could find. She knows me too well.
It took her a little while, but she finally convinced me that it would be foolish for me to quit college in my last semester, and that it was about to be cold in Europe anyway (but it would have been warm in the Southern Hemisphere!!!). So I finished school. That was probably a smart move. Thanks for that, Juli.
But now here I am, a college graduate who has yet to move out of her parents’ house. I’ve become increasingly annoyed with my job. I love what I do, but it was only ever meant to be a stepping stone, and I’ve been firmly standing on it with both feet. That hasn’t been sitting well with me. My options were to look for a real job and start my career, or follow what I’ve always wanted to do and travel the world. So, I bought a backpack and a couple other essentials. I’ve sold all of my big ticket items except for my bed (I just can’t let it go!) and my car. I sent the final payment for my car and the title should be here next week. Once I get it, I’m going to sell my car as well. Then it’ll be off to Europe!
Tweet
Share
Pin
Share
0 Shares