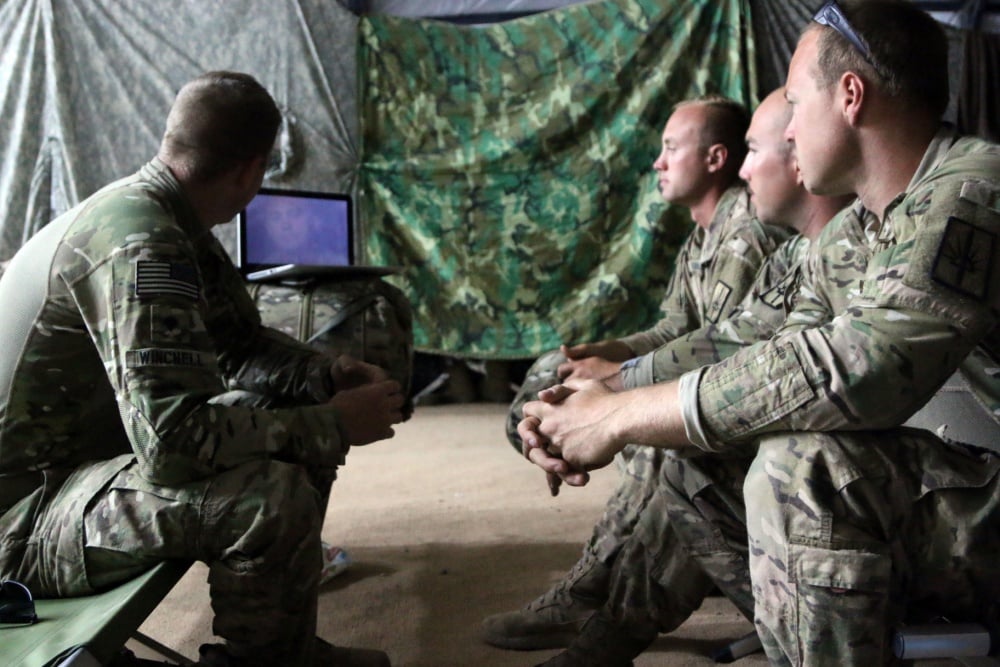 Top 5 YouTube Channels to Watch On Deployment
by Kevin Wilson

Face it: deployments are boring. Unless you’re one of the handful of folks out on the sharp end, chances are, you’re going to spend months on end with copious amounts of free time one your hands. Like it or not, you’re going to find yourself falling down many an internet rabbit hole in an attempt to stave off ennui, and YouTube is as good a place as any to start.

With that in mind, I’ve compiled a short list of channels that are pretty great for killing time. There’s no real criteria, aside from the fact that they’re all interesting, and all of them update fairly regularly, so you’ll have something to look forward to.

Ian McCollum is sort of an odd duck. He looks like a skinny hipster, but in reality, he’s one of the foremost experts on obscure firearms from all corners of the world, and his channel is an absolute joy to behold. Somehow, he’s managed to talk his way into a number of private and public collections to get his hands on any number of rare and exotic guns, and he then shares a bit about the history with us, the viewers. Along the way, he breaks them down, explains how they work mechanically, and sometimes even gets to shoot them.

If you’re a fan of history, antiques, or guns in general, this is a must watch channel. I thought I was pretty knowledgeable about guns until I started. It took all of thirty minutes to realize just how wrong I was, and I enjoyed every second of it.

Indy Neidell is a historian. Sabaton is a metal band that writes songs about history. They go together like chocolate and peanut butter. The Sabaton History Channel explores the real stories behind the band’s songs, taking an in depth look at the events and the people behind them.

With an average length of ten to fifteen minutes per video, they don’t overstay their welcome, but they manage to cram an incredible amount of information into that runtime. What’s more, Neidell is an excellent storyteller. His accounts are riveting, and he does an excellent job of selling the story without ever feeling like you’re getting a classroom lecture. With map overlays showing the events as they unfold, backed by a pulsing metal soundtrack, history has never been so easy to understand, or entertaining. And, if you’re a fan of Sabaton like myself, at the end they give neat little factoids about the songs themselves. If you’re a fan of history or metal, this channel is definitely worth checking out.

If you spend a lot of time watching movies, and on a deployment that’s sort of a given, you might be tempted to take a deeper dive into the stories behind how they were made. Mikey Neumann, a former writer for Gearbox who was part of the team behind the Borderlands game series, does just that.

There are a few things that set him apart from other YouTube critics. Firstly, his videos all enjoy consistently high production values. You never feel like you’re watching something kludged together by a nerd in a basement somewhere. Secondly, as the name of the channel implies, he doesn’t try to tear these movies apart, but rather, takes a look at the art and the artistry behind them to find the joy in cinema. Sometimes funny, often deep and thought provoking, Movies with Mikey is like comfort food for the cinema lover’s soul.

No, that is not a typo. Most of you by now should be familiar with CinemaSins, the channel that takes movies and nitpicks them to death, looking for flaws no matter how big or small to ding them on. While admittedly entertaining, I personally grew tired of them after a while, largely because so many of the things they sin really are just nitpicks.

CinemaWins, on the other hand, takes the opposite approach. Yes, the formula is more than a little derivative, but it doesn’t suffer for it. In fact, I’d argue that it’s far and away the better channel. See, anyone can pick a movie apart, looking for things to criticize. It’s a lot harder to find things to love, especially since some of them are pretty damned hard to love in the first place. CinemaWins does just that, though, and more. They also take care to place the movies in their proper context, giving viewers a sense of the history and events that might have influenced them. They also look at the more technical aspects, such as scene composition and lighting, things that help tell the story that you might not even notice while watching.

Every unit has that small group of needs who are obsessed with weird Japanese cartoons. Only, don’t call them cartoons. You’ll break their little weeb hearts.

All joking aside, Mother’s Basement is to anime what Movies with Mikey is to cinema. Whether you’re a longtime fan of the genre who wants to explore further, or simply curious as to what all the fuss is about, Mother’s Basement is an excellent place to park for a little while and learn something new. The channel breaks down why some shows and genres are popular, why some are hate sinks, explains terms you might encounter, and also offers a convenient breakdown of which seasonal anime are worth a watch. It’s also pretty damned funny, which helps.

Obviously, we can’t cover every single YouTube channel worth your time, but hopefully, this handy little guide will give you a good starting off point for your deployment. Once you watch a little, you’ll hopefully find plenty of recommendations to see you along. May the algorithms ever be in your favor.