I was only a private first class when I went to war. I opted to take my mid-tour leave around my anniversary, which meant I had to survive 11 months of intense combat before I could ever see America again. I didn’t have much hope. I was on the road 28 days out of 30. I was in a firefight or ambushed by IEDs 20 out of the 28 days at least 4 days a week for my first 11 months of my first tour of duty. 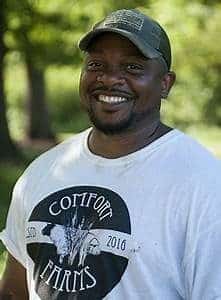 I remember standing in a crowd of soldiers all waiting to go home. I could tell only a few of us standing there had actually lived “outside of the wire.” It was at that moment the crew staff came down and gave some upsetting news. He said, “Sorry to inform you, not everyone will make it on the plane flight home today. We have to ship back the remains of our fallen and there are not enough seats and spaces on the plane for everyone. So we need to ask by show of hands who is willing to fly back with the fallen?”

Without hesitation the gentleman next to me and I both raised our hands at the same time. I looked around saw a few more hands raised. Ironically it was the few who I suspected lived outside of the FOBs. The man next to me turned to me with his hand still raised. We both looked at each other, knowing it would be our honor to ride home with the fallen. I realized he was a sergeant major, all the way at the other end of the rank chain from where I was as a PFC. He looked at me and simply said: “Let’s go, Troop.”

As I boarded the plane, the sight of caskets draped in American flags lined up in rows left a deep pit in my stomach. I was given my assigned seat with a casket draped in American flag right in front of me. I buckled up and took a deep breath. I just leaned over as best I could and stared at the casket. I could smell the solution they used to preserve the remains. I thought about the fallen.

I thought specifically about the Warrior in the casket in front of me. I thought about his family and what they were going through. I thought about me and why I was not in the casket. We both were going home, one in a casket and the other on his feet. As long as I am capable I will stand for the flag because the flag represents all those who have fallen. Fighting in combat was not the hardest thing I did in my life. Rather, it is giving my final salute to all my fallen brothers over and over and over again. This is why I stand. This is why I salute. I don’t give a damn about the bullshit politics of the day. The brave men and women who paid the ultimate sacrifice deserve our tribute.

This article originally appeared in The Havok Journal 8 September 2018.