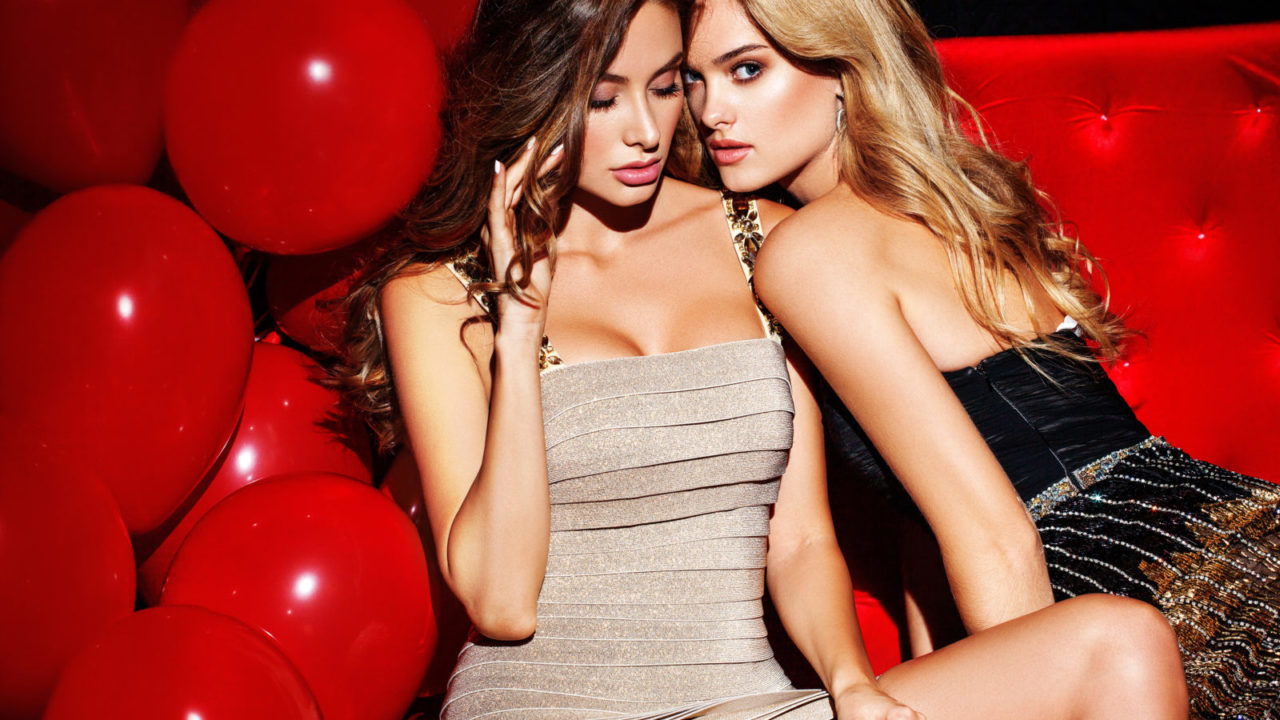 Note: The following is adapted from a chapter of Christopher Paul Meyer’s memoir, Icarus Falling: A True Story About the Broken Dreams, Broken Heart and Broken Bones of a Nightclub Bouncer in LA. This first appeared in The Havok Journal in June 2017.

I was bleeding. I felt light-headed and slightly nauseous. But, standing on the hard plastic tiles of my kitchen and staring into my studio bedroom, I had to smile: there’s nothing like coming home at the end of a rough night to find a lithe, blonde girl sleeping naked in your bed. As experiences go, it really doesn’t suck.

I was glad she wasn’t going anywhere because I wasn’t getting in bed just yet. It was a ritual of mine to take a long shower after work. I needed to decontaminate myself, wash off the spit and liquor and venom before it touched anything in my apartment, anything I cared about. And this morning, I had more washing to do than normal.

I stood in front of the bathroom mirror and unwrapped the bandage from my head. I should have looked a lot worse. My almost shoulder-length hair was matted against my forehead. My face was more pale than normal. My eyes were still a little spaced out. I flecked dried blood from my stubble.

“Come here.” Her eyes closed, she patted the bed.

“What took you so long?” She mumbled sleepily.

“Just got out of the hospital, babe.”

That opened her eyes. She didn’t like what she saw: the stitches on my head, the hospital wristband. She began to tear up. “I knew something bad happened.”

I had to laugh. She could afford to treat this seriously. I couldn’t.

So, of course, she got up and began examining me. “What happened?”

I’d moved to Los Angeles, that’s what had happened. And I’d gotten just what I signed up for.

When I trudged up the stairs from the parking garage to the club twelve hours earlier, my bones had felt tired. Working sixty hours a week would do that to any man. Working sixty hours a week as a bouncer on the Sunset Strip would do that to every man. And I worked at The Standard, a boutique hotel and nightclub with the only 24-hour restaurant within miles. Each night was another game of Whack-A-Mole — running into the club to break up a fight, then sprinting to the third floor hotel room where the Front Desk said there was a domestic disturbance and then racing back to the restaurant before that noisy crew of trannies left without paying their bill.

But tonight, I wasn’t worried. It was Monday night. Mondays were quiet. They didn’t have the giddiness of Fridays, the debauchery of Saturdays or the pure recklessness of Sundays. Working seven days a week, Monday nights were the closest thing I had to a night off.

My black high-tops thudded dully against each concrete step, almost keeping time with the bass lines growing louder in my ears. I leaned into the quick release latch, shoved the door open and heard the sound I hated most. People. Not just any people – party people. Hooting, hollering, laughing, yelling. My stress levels skyrocketed. My synapses awoke with a shock and a start, desperately trying to process why the hell we were busier than any club should be on a Monday. I knifed my way through the giddy miniskirts and NFL jerseys that had bottlenecked the entrance to the restaurant. The restaurant was essentially just a long “L” shape with the entrance on one end and the door to the club on the other. I stomped down the skinny aisle like a Hun, the noise from the booths on my left and the bar on my right sandwiching my face into a snarl. I rounded the corner of the “L” – and that’s when I saw the velvet rope blocking the club door. “What the hell?”

Ivana was the doorgirl, the gatekeeper who screened out the tired, the poor, and the huddled masses unless they were on the guest list or willing to do bottle service. This couldn’t be good — she never worked Mondays.

“Where’s Freddy?” I unhooked the rope and slid past Ivana as she pointed inside the club.

I’m not a huge guy, so there’s not many 5’7, 150lbs guys I felt comfortable working with. In fact, Freddy was about the only one. Taiwanese by way of Canada, he was a stuntman, a Thai Boxer and a Hayastan Judo guy who did it all with a smile on his face. And tonight he was going to need it. On Mondays, he was the only other muscle working with me. I found him on the back porch.

“Hey, did you know this was going on?”

He shook his head. “I showed up and it was like this. I’ve been running around ever since.” He looked more nervous than I liked. I couldn’t blame him. We knew no cavalry was coming for us. “Dude, I worked today…” That meant he’d been up with the rooster throwing himself off buildings or diving through car windows or whatever else stunt people do to earn paychecks. That meant, “…I’m tired.”

He didn’t need me to tell him I was the same way. My eyes were already bloodshot from lack of sleep. My contact lenses burned in my eyes. I’m sure I looked dogged out. “Hey bro, I’ll take the door. You stay on the back porch. We’re gonna lock this bitch down.”

So, of course, we were both racing all over the place.

My face rigid with tension, gritting my teeth until the night could end, I moved from one minor crisis to the next. Katrina, our cocktail waitress, was the first to pull me from the door. “There’s a guy who keeps bugging me at the register.”

I approached the six-foot tall Armenian and placed a gentle hand on his plether-jacketed elbow. He turned and I gave him a professional smile. “You having a good time, brother?” He ducked his ear close to me to hear better. That was a good sign. He couldn’t be too far gone. He must have put two and two together and figured out that the long-haired, unshaven, biker-gloved dude in front of him was security.

“Hey, brother, do me a favor. Leave my waitress alone when she’s at the register OK? There’s not enough room back there for the two of you.”

Wheels spun behind his dark, foggy, liquor-dulled eyes. I could see each option as he considered it. Was this an insult? Could he fight me? Would he win? I was glad he opted for reason. “Bro, I’ve been waiting for my round for a damn hour.”

I didn’t doubt it. The bar was four rows deep and the room was shoulder-to-shoulder. Even the barback was slinging drinks just to help out the bartender, Angie.

“I’ll take care of you, bud.” I turned towards the bar. “EXCUSE ME FOLKS. DO ME A FAVOR AND MOVE ASIDE, PLEASE.” Startled partypeople shuffled aside as I muscled past them, my Armenian buddy in tow. “Angie, baby.”

“Can you take care of this guy for me?” I looked her dead in the eye. She knew me well enough to know I wasn’t using my status blithely. But I wanted to make sure she didn’t misinterpret me. On a night like this, I needed to handle every problem pre-emptively. She nodded.

The Armenian cat shook my hand. “Good looking out, bro.”

I pulled him close. “Take good care of her, OK?” If he didn’t leave a big tip, I couldn’t say I didn’t try.

But Angie wasn’t done with me yet. She pointed towards the end of the bar. “Can you get him out of here?” Look, I’m a little under six feet tall. Not small, but small enough that I’d need x-ray vision to see who the hell she was talking about. “He’s sleeping.”

I lowered my shoulder and raised my voice. “‘SCUSE ME PEOPLE. WATCH YOUR BACK.” I knifed my way through the crowd. Sure enough, slumped against the wall was a twenty-something hipster with his mesh-backed trucker hat skewed to the side. I caught Angie’s eye. “Has he paid?”

“I closed his tab and gave him his card back.” Good for her. That would make this much more straightforward.

I nudged up against him. “WHAT’S UP, BROTHER?” In his ear.

His eyes slowly fluttered open. “I’m good,” he mumbled. Of course he was. Drunks always were.

“I know, bud, but we gotta get you moving outside, OK?” My hands were already searching for a grip on his waist.

He dismissed me with a wave. “Dude, I’m fine…” His thin bones and faint musculature put him around 140 lbs., which meant I didn’t have time for this. After all, I was supposed to be at the door. I didn’t like the idea of Ivana having to handle the onslaught of Fabian’s people all by herself.

“I know, man, but I can’t have you asleep in here.” I would have reminded him that if any vice cops saw him sleeping we could lose our liquor license, but he was already nodding off again. Hugging him close to me, I gently tugged him away from the bar. Hopefully, he would stumble out on his own power, or at least consent to be dragged away, or —

“WHAT THE SHIT, DUDE!” Or not. His arms flailed in a violent protest. I wasn’t having it. He didn’t pose enough of a threat to get dramatic over. I knocked his legs out from under him and dragged him out the back door. Freddy saw me coming and unhooked the velvet rope that separated the back porch from the street. I chucked the guy onto the sidewalk as Freddy locked the rope back in place. We slapped hands and I bulldozed my way back inside.