HomeCultureThe Impact Ranger Battalion Had on My Life 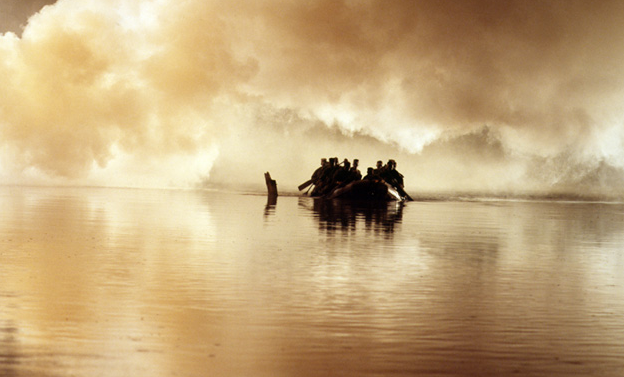 I was talking to one of the guys I served with at 1/75 yesterday morning, we’ll call him “Paul” (name changed as he is still on active duty), and we landed on the topic of how service, specifically service in a Ranger battalion, affects someone. Now, of course, everyone who has served in any capacity can speak to how their time on active duty had an impactful and lasting effect on them and their life.  Life in a Ranger battalion is kind of a unique animal though. I didn’t “thrive” there, but rather I “survived”. “Paul” and I articulated how our experiences in 1/75 were as prominent, if not more so, in the shaping of us as men than our own parents.  I’ll elaborate here on why and how some of those experiences have had a profound effect on who I am today.

It was a typical evening in Iraq or at least typical for that deployment. It was my very first trip overseas as a young Ranger, and to say I was on a steep learning curve would be an understatement. I had been up for just a little over thirty hours at that point and was raging on nothing but a solid diet of Rip-It’s and blueberry Poptarts as my squad finished up some training on entering and securing a courtyard. It seemed like we were going to have an unusual night in that there happened to be no missions coming down the pipeline that night. I was excited to finally get some much-needed rest, but much to my (and the whole platoon’s) dismay, we were all told to get outside on the driveway. It was just after dark, still pretty hot outside as this was summertime in Baghdad. The platoon gathered outside, and the Platoon Sergeant inquired into who was responsible for a “piss bottle” being left in one of the phone booths we used to call home.

Nobody claimed the piss bottle, and I think I speak for everyone in the platoon when I say we were all pretty confused. Then it started. What started, you may ask? Four straight hours of pure Ranger smoke raining down on everyone that was a Sergeant or below. To make matters worse, it was on an elevated driveway. Mountain climbers, elevated push-ups, flutter kicks… you name it. We were getting destroyed for the piss bottle infraction. About ninety minutes or so into the smoke fest I started to get a little lightheaded. When you are a brand new private in a Ranger battalion, and your team leader is right next to you getting the same punishment, you sure as hell better keep up… so I was not about to let a little dehydration get to me.

As I rounded the corner on another loop of bear crawls, it finally happened. I was on the ‘down’ part of the driveway and fell face-first into the pavement. This is what I was told anyway, as I don’t really recall it happening. For me, it went from bear crawling to hazily feeling a thermometer being inserted into my anus by the platoon medic. They gave me an IV and rehydrated me in very quick fashion. I was already dreading what would happen to me for passing out, so I wanted to get right back out there. No such luck. From a leadership perspective, they were not going to take the risk of letting me get back into the mix, so instead, they put a lawn chair on top of one of the shitty Iraqi cars and I sat on that with a red chem light in hand while I watched my platoon get destroyed for a few more hours.

I wouldn’t wish that punishment on my worst enemy. I wanted nothing more than to just get off that car and back on the driveway to endure the hardship with the rest of my platoon. Watching your peers and immediate supervisors buddy carry each other in full kit up and down the driveway, as they glared at you with disgust was almost unbearable. I repeatedly asked myself why this happened. I had received much worse on an almost daily basis during that deployment, not to mention the trials and tribulations that are required to even make it into the unit. It just didn’t make sense.

That night has replayed in my head over and over for years. What started as a nightmare slowly evolved into a learning experience that shaped who I am today. I learned humility. I learned that your body is something that MUST be maintained properly if you want it to work under extreme conditions. I learned that life is not fair, and you better Ranger the fuck up if you want to make it, much less thrive in it. I learned that you cannot dwell on past mistakes, lest they rot you from the inside. Getting past that experience forced me to realize that you MUST live in the present, prepare for the future, and learn from but never dwell on the past. Sitting atop that shitty white Iraqi car provided a valuable life lesson indeed.

I have always been patriotic. I was raised to respect the flag, respect my elders, and to love your country. I did not use to get a chill up my back when I heard the national anthem though. I did not use to stop mid-stride to stare at a flag waving on a pole. I did not tear up when I watched the 4th of July fireworks go off while ‘God Bless America’ played on the radio. All that changed in a C-17 on the return from my second deployment.

We had woken from an Ambien-induced slumber and were on the final approach into Savannah. We were returning on the night of the 4th of July… just in time to miss all the festivities. We were all excited to be back home after a long trip to Jalalabad, Afghanistan all the same though. As we started to circle Savannah, someone pointed out that you could see fireworks going off below us through the small porthole on the door of the aircraft. A few of us took turns looking down there, much to the dismay of the crew who wanted us to stay seated and buckled. We returned to our seats, and as we were about ninety seconds out, SSG “Joe” started belting out the “Star-Spangled Banner.” What ensued was moving to say the least. Every barrel-chested freedom fighter on that aircraft started singing it with him. I don’t know if words can accurately describe the sights and sounds of sixty of the most lethal men on earth singing their country’s Anthem at the same time.