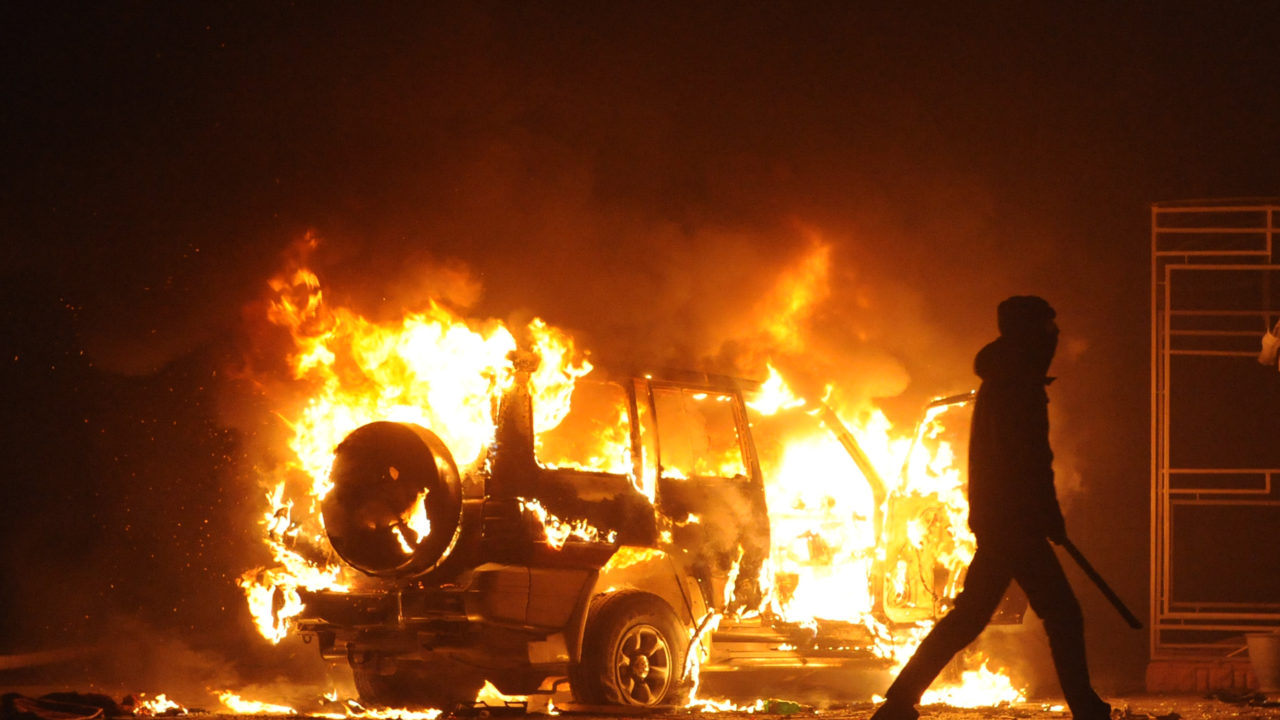 Minneapolis is burning. Ever since the murder of George Floyd at the hands of a worthless disgrace to the Thin Blue Line that shall not be named, the entire country has been in an uproar. It was bad enough that it happened on video. The fact that several other cops stood there and watched as a man who wasn’t resisting and was actively pleading for his life died is beyond damning. His murderer was promptly fired, and later arrested, but the response came too late. Anger and fear boiled over into violent protests and riots.

I’m not going to get into the various conspiracy theories, the arguments, and counterarguments, or even the small handful of assholes arguing that George wasn’t actually murdered or that he deserved his extrajudicial execution. Y’all can read as well as I can, and I’m not here to rehash this stuff. You already know where you stand, and if you’re looking to me to validate your opinions, keep lookin’. That ain’t why I’m here today.

I’m here today because what we’re seeing isn’t anything new, but it’s about damn time we called it what it is.

Ladies and gentlemen, allow me to christen the Great Minneapolis Boogaloo.

If you’re raising your eyebrows in doubt or preparing to type an angry rebuttal without actually reading what I’ve got to say, hold your damn horses and listen.

The Boogaloo, at its heart, is a rebellion against tyranny and injustice. It’s not a peaceful protest. It’s a fucking war.

Wars are not clean. Wars are not pretty. They are messy, ugly affairs that bring out the best and the worst in people. The romanticized Big Igloo fantasized about in the darker corners of the Internet is just that: a fantasy. It will not, and indeed does not, look like a bunch of dudes in Hawaiian shirts and tac vests skulking through the dark with cheap rifles and expensive NODs. It’s not going to be hilarious scenes of sicking claymore Roombas on the alphabet bois, or shenanigans involving tannerite being stuffed into dummies or plate carriers.

The Boogaloo is scared, angry people lashing out against the society that made them scared and angry. It’s burning, and looting, and throwing rocks at cops. And that’s all it can be because these scared, angry people don’t have the training and wherewithal to turn it into anything else. They’re a mob, nothing more, nothing less.

Are they justified in lashing out? Abso-fucking-lutely. If you see tyranny in action and DON’T get pissed off, you’ve forgotten your roots. Our Founding Fathers went ham over unfair taxes that largely weren’t a problem for anyone but the Founding Fathers. If dumping tea in the harbor gets your freedom boner up, but you turn around and decry protestors for property damage, you’ve got your wires crossed, my friend.

But being justified means nothing if you don’t have the necessary skills to turn anger into constructive action. Rage can start a fire, but it can only feed it for so long. It can’t turn that fire into targeted, sustained action. All it can do is burn and burn until either it runs its course or someone puts it out.

And that’s likely what will happen in Minneapolis. Their Boog will be a source of mass catharsis, but it’ll burn itself out before too long. Unless someone with the skill and know-how to take the reigns steps up, it’ll go down in history as brief, destructive, and ultimately futile. It’s not the Boogaloo that anyone wanted, but it’s what they got.