HomeCultureThe Cost of Civility: We Need To Talk 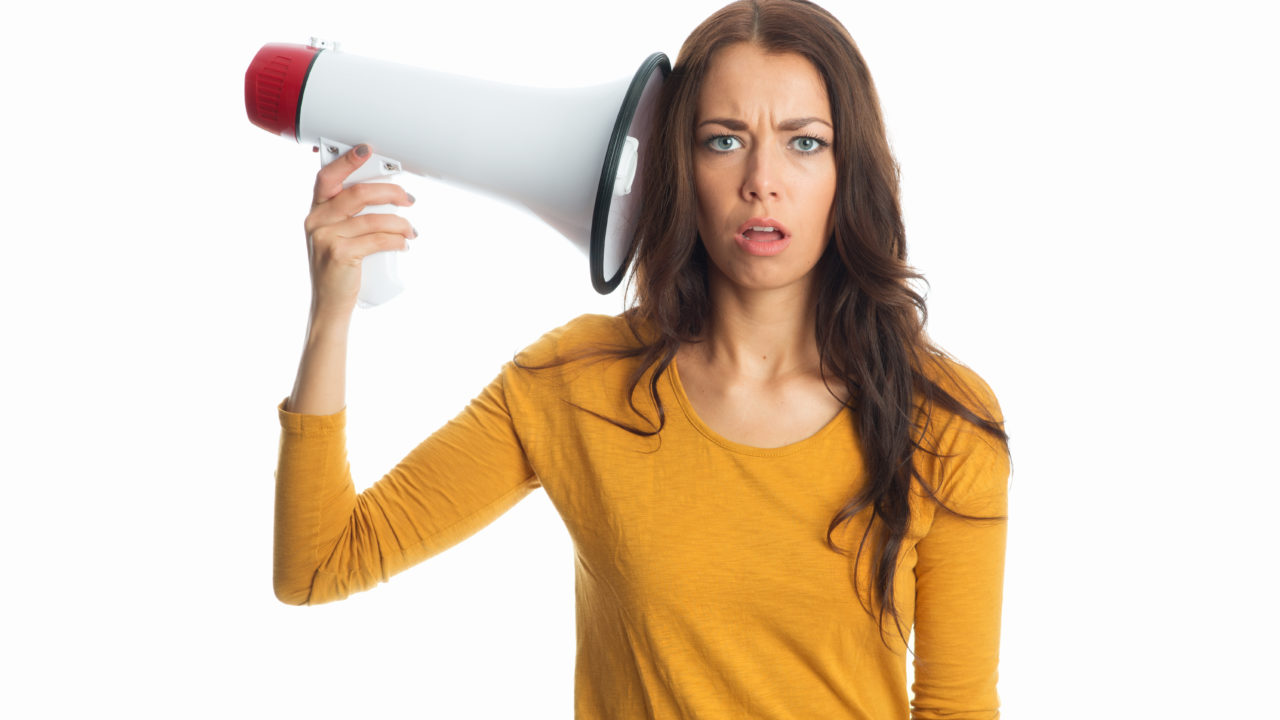 This article first appeared in The Havok Journal on July 5, 2018. Is America past the point of restoring civility?

We need to talk.

I’ve purposefully avoided writing anything on the latest immigration debacle because it’s a genuinely complicated issue that’s simply impossible to discuss in the thousand or so words I try and limit myself to. There’s a lot to digest with that issue, and there’s simply not enough space in an article like this to do it without resorting to a series. Maybe that’ll happen someday, but it won’t be today.

Today, I’d like to address the hordes of screaming, barely coherent keyboard warriors who have taken it upon themselves to spread around as much heavy hate and discontent about the matter as humanly possible. That’s who I mean by “you.” What, you thought I’d make you wait til the end?

Shouting and flinging poo have been the new normal for American political discussion for a while now. Outrage is the currency of the Internet Age. We don’t debate anymore, we throw memes and self-righteous proclamations at each other. We approach each new topic with the absolute certainty that we have the moral high ground. Rather than acknowledging that differences of opinion are the result of honest disagreement, we assume that they’re the result of moral and intellectual inferiority. In short, if someone doesn’t agree with the party line, they aren’t misguided, they’re evil. I shouldn’t have to explain to anyone how that’s a bad thing, but if the last few weeks have taught me anything, it’s that this seemingly basic truth isn’t nearly as obvious as I might have hoped.

The level of savagery I’ve witnessed since this immigration argument kicked off has been the worst I’ve ever seen from two sides of a debate who weren’t actively shooting at each other. Friends have turned on friends. Family has turned on family. Former bastions of reason and logic have turned into hate-filled battlegrounds. No matter how you look at it, this current level of antipathy is not healthy and cannot be sustained. 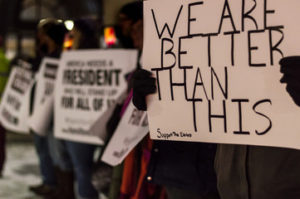 Anyone with their eyes open to the world around them knows that we’re going through a bit of a rough patch. President Trump’s election drove the wedge between Left and Right deeper than I’ve ever seen it. As easy as it might be to blame one side or another, the truth is, both Republicans and Democrats share the blame.

Now, before you start with the comments along the lines of “Well, what about…” lemme stop you.

It doesn’t matter who started this mess. It doesn’t matter who did what to whom for how many jelly beans. If you genuinely think that petty grievances and grudges are more important than finding a way forward, I’ve got nothing for you. It’s time to let go of the past and acknowledge that the world we live in is a pretty screwed-up place. It’s time to put aside the mutual hate that’s been festering over the years and try to fix it.

Do I expect you to forget about your beliefs and morals and agree to everything anyone else says? Hell no. This country wasn’t made great by groupthink, it was made great by passionate men and women who were willing to fight like hell for their beliefs. You should be no different. 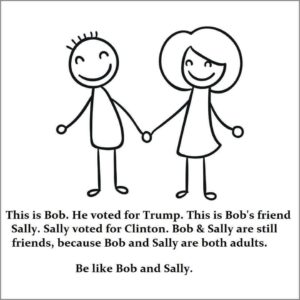 But what you should do is stop seeing the other side as the enemy. They’re not subhuman monsters to be ridiculed at every corner. They’re people, just like you and me. Now, maybe the way they think seems alien and evil to you, but how many times have you actually tried to have a conversation with someone on the other side of the aisle?

All I’m asking is that you put aside your prejudices for a moment and talk. Maybe nothing will come out of the conversation. Maybe both sides will still be just as belligerent as before. But I’m hoping that won’t be the case. I’m hoping that, when the chips are down, you’ll start to see each other as intelligent, rational beings who simply have a different point of view. I’m hoping you’ll see each other as humans, not animals.

Humans can be debated. They can be swayed. They can be viewed with compassion and respect in spite of disagreements, and that, more than anything, is what we need right now. I strongly suspect that, once you look past the army of strawmen you’ve surrounded yourself with over the years, you’ll see that the other side isn’t all that bad. They genuinely want what’s best for America, just like you. And if you don’t agree on exactly what that is, well, that’s life.

More importantly, however, that’s progress. Real, honest to God conversation leads to real, honest to God progress. It paves the way for us to move forward not just as a nation, but as a species. And right now, that’s exactly what we need, because those chimpanzees are starting to look pretty freaking uppity.