HomeCultureThe Most Important Lesson I Learned from My First Sergeant 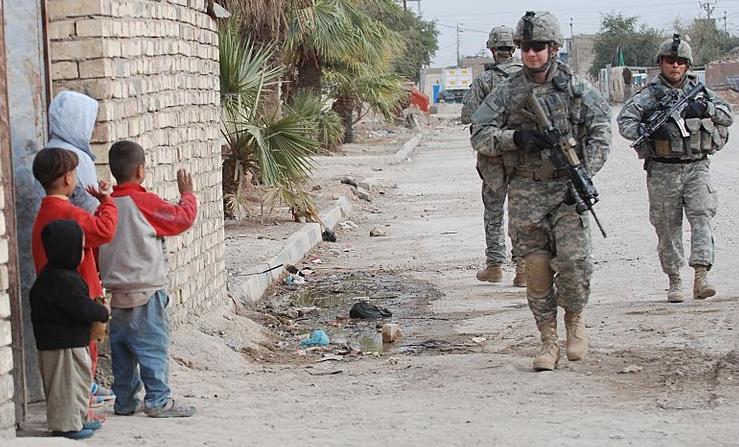 First Sergeants are the linchpin of the military community. They maintain tradition and continuity in a world where platoon leaders, company commanders, battalion commanders, and others are constantly coming and going. They are experts in their field. An Infantry First Sergeant, for example, has served as a rifleman, machine gunner, grenadier, team leader, squad leader, platoon sergeant, and Staff NCO. They know the job inside and out. Most likely they are near the end of their careers, so they don’t care about offending anybody and generally tell it like it is. Pretty much everyone else is jockeying for position, trying to keep up appearances, except for Top.

I’ve had some great First Sergeants. The ones I remember best were the ones who tried to make Lieutenants and Captains into better leaders. They took the time to mentor them, which isn’t always an easy task when you are trying to help somebody who, at least on paper, out ranks you.

When I was in the 82nd I got to work with First Sergeant Kratzner. He was an old-school career infantryman. He smoked at least a pack a day and had a dry, witty response for everything. His safety briefings at final formation on Fridays were things of legend that would cause soldiers from other units to come by just to hear them.

First Sergeant Kratzner was always right. He had experienced every personal, logistical, administrative and tactical situation in his 20 plus years, so all he had to do was recollect back to the last time a similar situation had presented itself and simply reuse the previous problem’s successful solution.

When I was a platoon leader I would often go to him to ask him stuff, to get his take on things. I didn’t always like to do this because I would think I had the right answer for something but would be told the opposite by him. Inevitably he was right. But, in a zero-defect environment like the 82nd, he was an indispensable asset for junior officers. You could ask him a question and get a good answer before you put something in writing or went to the Commander with an issue. He made Lieutenants sound smart, experienced, and well informed.

The greatest lesson he taught me was about time.

One of my troops got a DUI. I had to go with him to see the Battalion Commander when he gave him an Article 15. This translated to:

*Forfeiture of half a month’s pay for two months

My reaction to this was that the dude was going to be really pissed about the money and rank. We had to work a lot of weekends anyway, so a little extra time didn’t seem like a big deal. I shared my feelings with Top Kratzner.

“Sir, he doesn’t give a shit about the rank. He doesn’t make much money anyway so what’s fewer dollars mean so the forfeiture doesn’t mean shit either. What he cares about is the time. You can take just about anything from a man and he won’t care, but if you take away his free time, that’ll leave a mark. He’ll remember that. That’s what hurts.”

I later talked to the soldier who got the punishment and he confirmed it. There was nothing worse than spending his Saturdays and Sundays in PT uniform, doing landscaping and other menial chores. Top was right, they hurt him the only way they could.

Surprisingly, most people do…If an officer is asked to stay late because there aren’t enough cops working on the next shift, most will say no. If they are asked to come in early on O.T. they’ll usually decline. They’re saying no to money they hadn’t planned on getting in the first place. That could be gun money, tattoo money, beer money, or gambling money. It doesn’t matter, to them time is more important than money.

Leaders should always put time management first in the order of importance when doing their job. Very few leaders do. It should be factored into training, operations, and planning. This means keeping training relevant and keeping troopers engaged.  Also, when there’s nothing to do, don’t keep them at work any longer than you need to. Letting your guys go home 30 minutes early will make you a hero in their eyes and will pay dividends in the future.

Where do leaders fail the most in the time game? Communicating. Excessive verbosity overutilized loquaciousness, or just talking too damn much. Doesn’t matter what line of work you are in, somewhere there is a supervisor who over communicates.

Talking equals time and talking too much equals wasted time, time that could be better spent brainstorming, planning, and operating. Every minute spent speaking, is a minute that could be used executing.

The truly sad thing is, you could have something really important to say, but if you can’t say it succinctly, the message is lost. Your point, regardless of how relevant, has become moot, drowned in a sea of pointless adjectives and adverbs, nouns and verbs. And, like time, the point of the message is gone, never to return again. You could be the most intelligent person in the room, but if you don’t know how to deliver a message, how smart are you really?

If you can say it in a sentence, then don’t take a whole paragraph to explain it. If it requires a paragraph, don’t turn it into a chapter.

The most powerful force in the universe is time. Unstoppable, unalterable time. It is a limited commodity that, once it is past, you can never bring it back.