Rituals like this have existed within our ranks and specialized units for years. The sad thing is, they are disappearing fast because of the word hazing. The problem is, hazing is grotesquely mislabeled and misunderstood by our senior leadership. Anytime the word is merely mentioned there is an immediate knee jerk reaction. It all stems from leadership afraid to lose their job from a congressional inquiry. But the real question here is what is the definition of hazing?

Hazing is the practice of rituals and other activities involving harassment, abuse or humiliation used as a way of initiating a person into a group. Hazing is seen in many different types of social groups including gangs, sports teams, schools, military units, and fraternities and sororities.

Was I hazed when I showed up to the 14th ASOS? My job description required me to be physically fit, be able to carry heavy radios in a ruck, and most importantly be able to concentrate and do my job under intense stress. It seems to me that these guys were training me and helping me in all these areas. Aside from that, lets look at this from a social standpoint. At the point of showing up to the 14th ASOS I was a three time volunteer; once for the Air Force, Once for TACP, and finally for Airborne duty.

I wanted nothing more than to be in that unit, and be a part of their prestigious heritage and history. My motivation was to become one of them, so I would have gone along with any rituals or weird crazy shit they wanted me to do. To me, it was a right of passage. Everyone before me had done it, so who am I to ‘opt out’? I always said, “The more it sucks, the better story it will make.”

Everyone that serves in the military is required to maintain a set physical standard. We are held to that standard by a yearly physical assessment. Yet, somewhere and somehow having a subordinate perform physical activities has gained the label of hazing. To me, this is complete bullshit. It started with Air Force basic training.

Because of the fraternization and sexual assault cases that arose in Air Force BMT around the 2009-2010 time frame, commanders tightened the rope on any and all physical punishment. That was the wrong answer. We are a fighting force, we are charged with the immense responsibility of defending our entire country, but you are telling me that I cannot make a recruit do push ups as discipline? Why the fuck not? Deploying to a combat zone is a reality for this generation, and sadly this young generation now has turned to complete pop-culture-my-feelings-are-important garbage.

If you have been in the military for longer than five minutes, you have heard the phrase, “I went through when it was still hard.” We always laughed that off as an ‘old guy saying’ but there could be some truth to it. I was an instructor for the Air Education Training Command’s TACP Technical Training School from 2008-2012.  During my time there we faced a rough patch for the Battlefield Airman career fields when our “DMT” (Disciplinary and Motivational Training) matrix was yanked from the PJ, CCT, and TACP courses for almost a year. This meant even in tech school, we as instructors were not allowed to discipline recruits with exercises. Yes you heard that right… The reason behind it will blow your mind even more, and it stems from civilian course managers that were making extremely poor decisions.

At one point in my career as an instructor, I was asked by a Lt. Col. pilot, “What is a ruck march, and why do you have to have this as part of the TACP Course?”  I didn’t know whether to throw up on his pretty little flyer boots or toss him out the plate glass window. Around a year after the removal of DMT it was placed back in but now labeled “MT” (Motivational Training) and the matrix outlined everything that was allowed. But why the name change? Can’t we just call it what it is? You are doing push-ups or carrying a log because you screwed up son! The political correctness inside the military gives me a headache… They want us to be effective killers but we have to be gentle when we are teaching them how to do so. 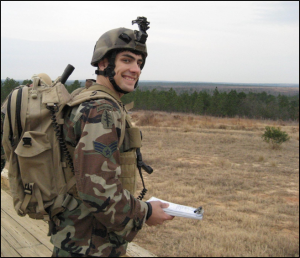 Looking back on my career I feel that I am very lucky. I came in at the last minute that the raw traditions still existed and I wouldn’t change any of it for the world. Yes there were times I hated the guys, and I felt that their requests or instructions were bullshit, but I sucked it up and did them anyway. Why? Because earning my spot in A Flight, 14th ASOS was and still is one of the greatest accomplishments I have had to date. Their constant razzing, banter, and methods stuck with me throughout my career, and greatly helped me integrate when treated like crap by the Army.

My advice towards this young generation that aspires to join specialized units is to embrace the suck. No hard dude ever cried to mommy or a Congressman because the guys were too mean to him. This is your rite of passage, and your time to face the gauntlet. This is when your peers push you and test you in order to know if you can be one of them. I hope as time carries on that we see more General Officers rise through the ranks who have actual ground combat time so that we can shift the military back to a, “hard, and combat focused” culture. It’s sad seeing the true military culture slowly die with leaders chipping away at tradition and “true forms” of training.

This was originally published on March 17, 2017