HomeCultureTattoos and the Warrior Tradition 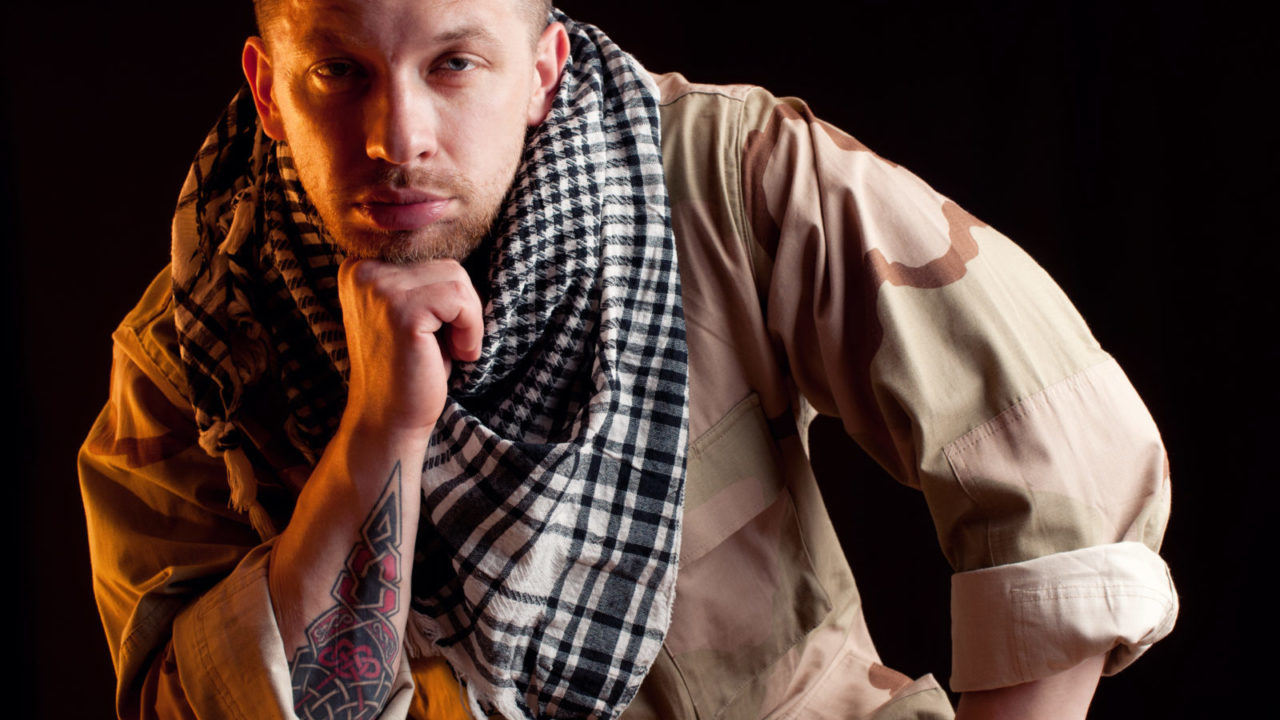 Recently the Sergeant Major of the Army told soldiers in Afghanistan that changes to the regulation that governs tattoo policy are on the desk of Secretary John Mchugh awaiting signature.  It seems that more than a year of debate surrounding tattoos in the military is about to come to an end and that the new regulation will be much more strict than the previous. Apparently, ink is causing massive disruption to good order and discipline, and senior leadership cannot stand to let this pattern of ink followed by mischief continue.

Now, I would like to give a little ‘full disclosure’ notice here: I don’t have a single tattoo. I was seventeen and trying to join the Army with the hopes of becoming a barrel-chested freedom fighter and bringing justice to terrorists around the world via projectiles traveling at 2,970 feet per second. In order for that to happen, my parents needed to sign the parental consent form. They, at the time, were not very thrilled with my decision to enlist at the height of violence in Iraq, but I finally convinced them to sign the form, but after they set one condition: that I cannot get a tattoo. So, not being one that could break a promise to my parents, especially after all the great care packages I received from them over the course of five deployments, I am ink-free today.

I have come close on multiple occasions though, most notably on my third deployment when we were co-located with a few platoons of NSW guys, one of which was a legitimate tattoo artist and had his equipment over there. I can’t really think of a cooler story behind a tattoo, than getting it done by a SEAL in a combat zone. Anyway, this is all beside the point. Many guys did get tattoos on that trip, and I know and respect many more that have tattoos, which is why I am writing this today.

Some of the greatest warriors I have ever had the pleasure of serving with have full sleeve tattoos. Are they un-disciplined, problem soldiers? No, not at all. In fact, I cannot think of more disciplined guys both in training and on the field of battle. I know I am not alone in this feeling either, I don’t think there is a single soldier out there who cannot name someone that they respect the hell out of who has a sleeve tattoo. So where is this “anti-tattoo” sentiment coming from? I would say that it stems from a misunderstanding of the warrior culture in general, and more specifically, a miscalculation of where the lack of discipline in the Army today is coming from.

Let’s first examine the warrior culture and the role tattoos have played in that culture throughout history. They have been around for at least 12,000 years and actually pre-date the much more socially acceptable act of decorative piercings by more than 7,000 years. Tattooing was a tradition in the British Navy in the 1700s when it was the most powerful navy in the world. Dayak warriors from Borneo would receive hand tattoos after they had successfully “taken a head” in battle, assuring their cultural status for life. The nomadic Viking warriors that were known far and wide for their skills in battle would tattoo themselves to identify themselves as warriors. The fiercest Celtic warriors were adorned with Woad tattoos, and other Celtic warriors would have ink along what were called meridian lines, to enhance their performance in battle. Of course, we can look to more modern warriors as well, such as those who fought in World War Two and Vietnam. It was not uncommon for a service member deployed to Viet Nam to take their R&R leave to a nearby Asian city to receive tattoos.

I think the greatest display of warriors with tattoos is the modern-day special operations warrior. Men who have, in some instances, deployed to combat zones for over a decade now. Men who routinely close with and enact precision violence on the enemy are often seen with copious amounts of ink on their skin. Navy SEALs, Army Rangers, Special Forces… All can be found with a significant portion of their ranks extensively tattooed. These are the best our nation has to offer, yet senior leadership is using ink as a connection to a breakdown in good order and discipline.

Why is this? Well, many soldiers can tell you that they are serving in a time where there is a lack of discipline in the formation. I don’t think many can deny that, as anyone can go to any Army base and find soldiers not wearing their uniform correctly, walking around with headphones on, or severely overweight. Soldiers show up to their first unit having been coddled through basic training and advanced individual training. Is the cause that they are getting tattoos? Or is it that the Army is simply unwilling to enforce good order and discipline as well as tough training in the face of political pressure to appease an ever more soft and entitled society? I propose that it is the latter.

The Army would do well to purge the ranks of obesity, to take the air-mist machines out of basic training, and to crack down on soldiers who consistently fail the APFT. That would be just a start. It is this author’s wish that instead of a new tattoo policy being on the Secretary’s desk, that instead there was a new policy on how to make our Army more combat effective in the face of budget cuts and trying political times. The Army would do well to take a few lessons from the tattooed warriors presently in the ranks, and look beyond the ink and instead focus on the warrior, or lack thereof.

It all comes down to leadership. Right now, the common soldier has as much confidence in senior leadership as they do Congress, with very few exceptions. This is not surprising, as senior leadership seems to be just as politically driven as those on Capitol Hill. Therein lies the true problem. Leaders who care more about their career and closed-door deals, than they do winning our nation’s wars.