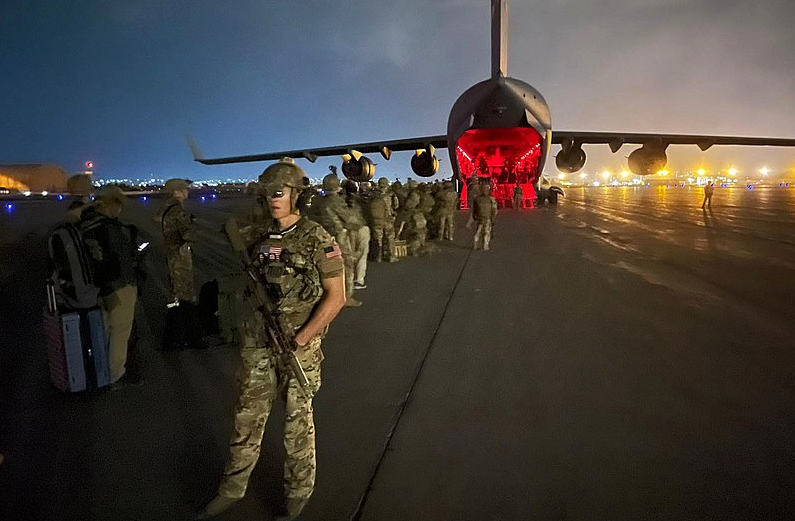 This first appeared in Frank’s blog on March 13, 2022. It is republished here with the author’s permission.

A couple of months ago, Karin, Asher, and I went out for lunch with Janan. Janan is a good friend, and she treated us to an enormous meal at Taqwa, a Palestinian restaurant in Milwaukee. We worked our way through bowls of red lentil soup and plates of shish kabob and saffron rice. We tried to feed our little grandson, Asher, pita bread, and stuffed grape leaves (he wasn’t liking the grape leaves). Even though Janan is a busy woman, we sat and ate at a leisurely pace. We had time to talk, and we had time to listen.

Janan is a leader in the local Muslim community, and she often interacts with immigrants. She had just recently organized a clothing drive/fundraiser for the Afghan refugees staying at Fort McCoy, Wisconsin. Our conversation turned to the topic of immigrants. I mentioned that people coming to America always seem to have one foot in the Old Country, while their children don’t have that connection.

Janan agreed and said, “Of course, they all have one foot in the Old Country. They die believing that someday they will get to go back home.”

Janan may have exaggerated slightly, but she was pretty close to the truth. I think she described some refugees accurately. Her words made me think about a number of things.

My wife, Karin, is from Germany. Her family, on her father’s side, were all refugees at the end of World War II. They were originally from Silesia, which is now part of Poland. They fled to the west and settled in Baden-Württemberg. Karin’s aunt and uncle, Aga and Kurt, often spoke of their hometown. I believe it was called Neustadt (Germany has a plethora of towns with that name).

Tante Aga and Onkel Kurt dreamed of going back to their home, but the Iron Curtain held them back. Then communism suddenly collapsed in eastern Europe. Aga and Kurt made the trip to Poland, and after fifty years, finally visited Neustadt. They were deeply disappointed. I can remember Kurt bitterly complaining,

Aga and Kurt never went home. They went to the correct geographical location, but they arrived a half-century too late. Almost all the things they remembered were gone, or at least changed beyond recognition. They tried to go home, but that particular time and place no longer existed.

Karin and I are friends with a Syrian refugee family. I used to tutor their kids. The parents and the older children still remember life in Syria, and they will always linger in those memories. The younger siblings don’t remember the Old Country. In fact, the youngest girl won’t speak Arabic, even though she understands the language. The little one has become an American, for good or for ill.

Immigrant families lose things over time. The first thing that goes is their native tongue. The members of the following generation, those who have been born here, often have no interest in the old language. Then maybe the religion goes, especially if the folks of the next generation intermarry with partners from different faith traditions. Oddly enough, the last thing to go is the food. The following generations may know very little about their immigrant ancestors, but they know what those people ate.

I just read that two million people have fled the war in Ukraine. They are all refugees. Can they ever go home? If the war ended today, this very minute, could they go back to something that they would recognize as “home”? If a person’s house is blown up, where is home? If a person’s friends and family are scattered to the winds, can that individual find a home? The longer this war goes on, the harder it will be for any of these millions of people to return home. Many of these migrants will be forced to build new lives and create new “homes”. Even if Ukraine wins this war with Russia, what will there be left in the Old Country for these uprooted and traumatized people?

We know a young Afghan refugee family. They fled Kabul just before it fell. They went across the border to Pakistan and were stranded there for months. They finally got visas to go to a small European nation. A year ago, they may have not even heard of this country, but they are there now. They are strangers in a new land, with new customs and a new language to learn. They are safe now. That is the most important thing.

The parents have a baby boy, a few months younger than our Asher. That boy was born just before the fall of Kabul. His parents will always think about Afghanistan. Maybe they believe that they will be able to return one day. The boy will remember nothing of his parents’ homeland. He will hear their stories, but he won’t understand their experiences.

He will only know their love.

The little boy is home.