HomeCultureBooksSearching for Abraham: “This Time, You Were Going to Be Involved” 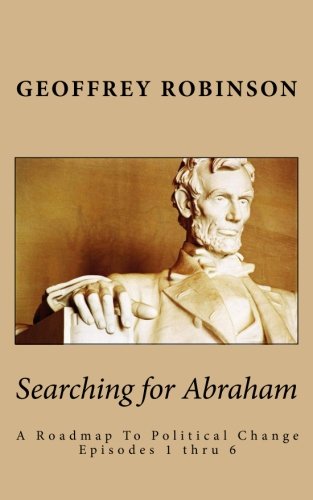 Editor’s Note:  Havok Journal writer Geoffrey Robinson is also an accomplished author.  Check out his vision of a dystopian future in his new book, Searching for Abraham, exclusively excerpted here for the Havok Journal audience:

In 2018 the American people were suffering more than ever under an oppressive and, on many occasions, corrupt federal government. Only thirty percent of the population turned out for the 2016 election. Many of whose citizenship was questionable. The only people in the nation doing well were government employees. They are seen as overpaid, underworked and un-fireable. Much like the Supreme Court they have jobs for life and in the eyes of the people are seen as nothing more than tools of the administration. Tools ostensibly used to suppress any dissent. The news media has now completely abrogated its responsibility to accurately inform. 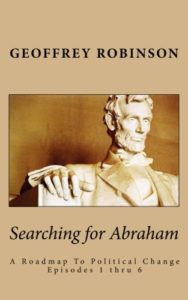 Special interest has taken over the government. Solar plants employing ten people put ten thousand coal miners out of work. The EPA is now a tool used by the Administration to punish those not contributing on an acceptable level. The FCC has taken total control of the internet and is now responsible for what you can access, and at what price you can access it. The education competency levels of the American student have fallen to the twenty and thirty percentile globally, yet no politician has the courage to confront the teachers’ unions. They want the votes more than a productive future for America’s children.

Taking foreign political contributions has now been made legal by the Federal Elections Commission and the Justice Department only prosecutes members of the opposition party. There is no longer any border control department. All immigrants are welcome as long as they vote the way they’re expected to vote. All foreign aid has been cut off to Israel until they dismantle their settlements. Iran is now a nuclear power.

Strikes continue to plague the ports and oil fields costing the American people millions they cannot afford. These strikes being facilitated by a government either too invested in gathering union campaign contributions, or just too feckless to intervene. Due to ever skyrocketing health care costs, which the IRS will fine them for not possessing, there is no longer an identifiable middle class. In today’s America you are either uber rich or dirt poor.

A broken watch has now exceeded the effectiveness of the US Congress by being correct twice a day.

In a small but well respected restaurant in Dallas, Texas, four contract software developers ignited a spark. The fire ignited by that spark resulted in a roaring conflagration of indignation in the American people. The conflagration was named The Referendum Project.

Whether you were an eighteen year old working a McDonalds job to earn money for community college, a small business CEO drowning under government regulation or just a citizen so dissatisfied with government that ‘Throw the bums out’ became your rallying cry, a legal process had been made available for you to profoundly change the political landscape of the country: and by God, this time, you were going to be involved.