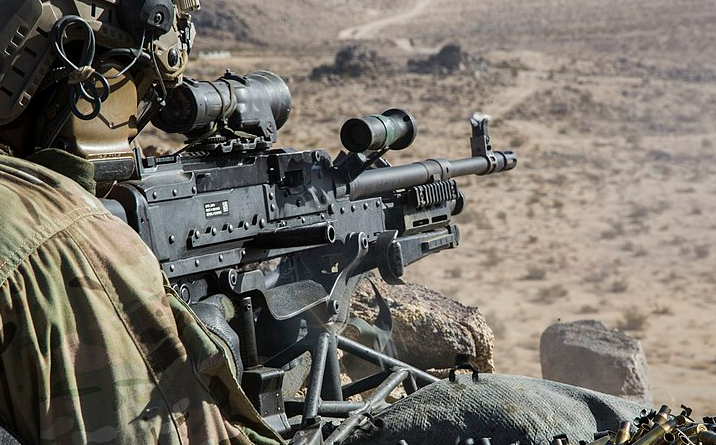 I didn’t grow up idolizing teen celebrities. My family could rarely afford cable, so if it wasn’t on a channel that was picked up with an antenna, then I didn’t see it. Instead, I grew up watching my dad work long hours at the railroad, coming home exhausted every night, or sometimes in the morning. He demanded excellence, not only out of our performance at school but also in our chores and yard work. He set the standard very early on that slacking was not acceptable, and showed me that if you don’t work hard you can’t possibly expect good results. This wasn’t just the product of a young father’s vigor, he has continued to set a high standard and an excellent example even after most of his kids have entered adult-hood.

When my younger brother graduated RASP, my dad had a plane ticket taking him from Minneapolis to Atlanta, where I was meeting him to pick him up so we could go down to Fort Benning together. As fate would have it, the five-hour drive to the Minneapolis-St. Paul Airport was wrought with bad weather, and he missed his flight. Because of the small size of the airport, they didn’t have another flight going to Atlanta until the next day – which would be too late for the early afternoon ceremony. Did that stop him? No, it did not. Even though he had already driven through the night to attempt to make an early morning flight, he jumped back in his car and got on the road. He drove straight through to try and make that ceremony, a feat that would be challenging for someone much younger than him. As luck would have it, he would hit traffic in Alabama (only 90 minutes shy of Benning), which caused him to just barely miss the ceremony. We told him we would meet him in the Commando’s parking lot, and when he rolled in you saw the eyes of a very tired man.

He gave a hundred percent and then some to make it, but it just didn’t work out. My heart swelled with pride whilst breaking at the same time. Proud that my dad embodied the Ranger spirit in his trek south, but heartbroken that he missed both my graduation ceremony and now my younger brothers. I don’t think my brother nor I will ever forget the effort he put into making it though, or the example he set for us as future fathers.  Young men and women would do well to look up to a man like him.

As a young adult, I believe a good role model is just as important as when you are younger. You are still easily influenced, and who you look up to can make or break you as you go through life.  As a young Ranger, I had some great leaders, and then I had some great leaders who were also men that I looked up to, and wished to be like someday.  I want to talk about one of them who influenced me greatly…

“V” was an intimidating guy if you didn’t know him. Tall, sleeve tattoos, former college basketball player. He was a Tab Spec-4 in the squad I was assigned to as a brand new Ranger, and I went on my first deployment with him. My first deployment was to Baghdad, and despite the marble floors, the swimming pool, and the volleyball court, it was not a vacation at all for me. Made more than a few really dumb mistakes as a new private, and I received plenty of guidance on how to improve on my shortfalls (if you know what I mean…). “V” was always the one that would sit down with us to teach and mentor, he was always the one that genuinely wanted to see you succeed. Sure, he would smoke the ever-livin’ piss out of you, but he did it for a reason. I learned more from him that deployment on how to be a leader than anyone else.

It was a particularly shitty mission we went on one night, the helicopter landed in the wrong place, we hit the wrong set of houses, and it was just an overall shit show in retrospect. I didn’t know all this until later, during the mission it was just me trying to “do good” and not fuck up. Well, I left the ladder at the first house we hit, and then I AD’d (accidentally discharged) my white light right as we were running up to breach the right house (to this day I hate the “twist on” Surefires). I knew I was in for it when we got back, but as we were waiting in the farm field to be exfil’d, another Spec-4 from my squad, “M”, had a little talk with me.

He basically convinced me that I am lucky that I didn’t get the entire squad killed that night, and said in no uncertain terms that if I kept it up I would be responsible for a friendly KIA at some point. That put me in deep thought as I sat on the MH-47 on our way back, and by the time we landed his words had fully sunk in. We handed off the PUCs and headed back to the mansion we stayed in, and as we started our squad AAR (with me in the iron chair, haha), I told the squad that I wasn’t cut out for this, that I would not put their lives in danger again because of my shortcomings as a Ranger. As a young 19 year old on his first trip, I couldn’t possibly fathom being responsible for an entire squad being killed. I didn’t think that I would be able to live with it, so maybe my exit from the unit would save some lives of good men.

Weak sauce on my part? Yes, absolutely – not a day that goes by that I don’t regret saying it. After I said that, “V” took me to the other room and talked to me. In ten minutes he changed my entire outlook on life and my outlook on being a Ranger. I’m forever indebted to him for that talk, as it not only turned that deployment around for me but also set the standard for what leadership was to me. I believe because of that talk, because of the example he set for me, those that I would later go on to lead benefited from the example he set. How many teen celebrities can make that claim?

This has become long-winded, and honestly, I could go on about the great men and women who have influenced me. My message is this: If you are worried about your kids being influenced by people like Miley, then put some real role models in front of them. If you do that, they will be able to identify people like Miley for what they are, and you’ll have nothing to worry about. Find people like my dad, like “V”, like “J”, or my Uncles Randy and Kyle. Find people like my Mom, who raised five kids, worked a full-time job, and earned her degree all at the same time.  I know that I am not the only person who knows and has been influenced by exceptional human beings such as this. Put your kids in front of these people, tell them that this is the standard, and slap ‘em if they ever mention how cool Miley or Lindsey is.