“Nomadic Veterans” duo Marty Skovlund and Leo Jenkins, both veterans of the Army’s elite 75th Ranger Regiment, set out on foot on June 7th from Denver, Colorado with $100 in their pockets and a goal in their hearts: to make it as far east as possible in 21 days, raising money for veterans’ charity GallantFew and raising awareness for veterans’ issues.

We interviewed the two of them shortly after they passed through Columbus, Ohio, and then got to talk to them in person during their stop at West Point right before they hopped a flight for Europe and parts unknown. One of the things Marty and Leo both discussed in their interviews were the difficulties many veterans face once they make the transition from the military to civilian life. When we talked to them at West Point, Marty specifically mentioned how important the relationship with his wife Lauren was to him not only during his time in the Army but also (and perhaps even more importantly) during the uncertain times immediately following his transition back to civilian life.

We thought that a discussion with a spouse of a Soldier who had made the military-to-civilian transition would make a great follow-up piece to our original interview with Marty and Leo. So we got in contact with Lauren and asked her for an interview, and she agreed!  She spoke to us by phone from the home she and Marty share in Colorado.

Lauren, thank you for talking with us tonight about your experiences as an Army spouse and your thoughts on the “Nomadic Veterans” trip that your husband Marty and his friend Leo are undertaking in support of GallantFew.  You and Marty have been married for 5 years, and you’re expecting your first child.  What was it like to be an Army spouse during a time of such prolonged conflict? 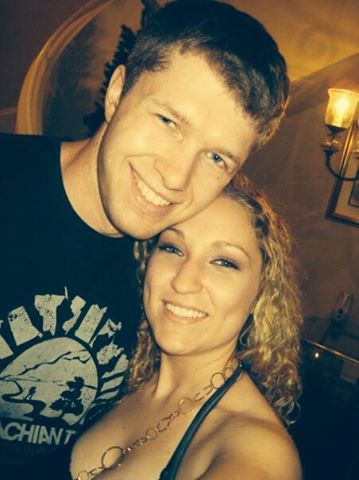 Lauren:  My usual response to this kind of question is, “I don’t know,” because when Marty was in the Army, I didn’t really dwell on the fact that my husband is in a dangerous line of work; it was just “the way it was.” He goes to work at 6 AM and comes home sometime after 6 PM. He goes away for long periods of time. I don’t know if I was just really young at the time, maybe I didn’t realize or wasn’t mature enough to recognize it, but as I got older and we got more serious, I tried not to focus on the negatives and I just put it out of my mind. Sometimes old movies would pop into my head, they make it seem so romantic like the girl can just say “don’t go” but that’s not how things work in real life, in the real Army. It is what it is, and you just have to deal with it and pray that nothing bad happens.

I think the most “romantic” part about being with a special operations soldier, particularly a Ranger, is that they have this… physically dominating presence. They’re brooding and intimidating, but they have actual manners. They are more polite and more disciplined than any person you’ll ever meet. I remember when I first started dating Marty I thought, “Oh, now THIS is how men are supposed to be! I can actually be happy in a relationship, I can trust him, I can feel safe, I can break down about something and he’ll be there for me. So the fact that I was with someone that seemed so unreal, like maybe what being with a superhero would be like, is the relationship I had. So it made deployments something totally worth going through, it made it kind of like “Oh this sucks but the alternative is just not acceptable.” It’s not acceptable to be with someone less than this. So you just recognize that they are sacrificing for their country and you start to get emotional with pride for what they’re doing, so it just made deployments… I don’t want to say “easier,” but certainly made them better.

Based on your experiences as the wife of a Ranger, do you have any advice for current or prospective Army spouses, male or female, especially with regard to transitioning from military service to civilian life? 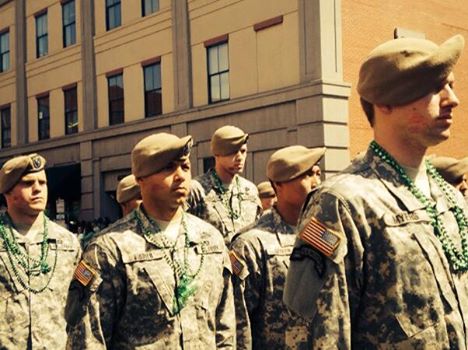 Lauren: I’m going to have to break this one down into two distinct parts. First, with regard to advice for a current military spouse or a future military spouse is to understand that life in the military isn’t a movie, it’s not a made-for-TV drama, it’s not all about you or all about them. It’s an equal partnership. I only feel comfortable talking about Ranger wives, because each branch and each unit is so different. So if you’re a current or potential future Ranger wife, I’d say that there is a specific “type” that can make it with a Ranger, because they’re alpha personalities. By that I mean that they’re dominant, they’re hardworking, don’t quit, have pride in their job, their unit, and their teammates, they’re natural leaders, and are independent. They take care of their families and each other. So a spouse MUST have these qualities too, or it’s just not going to work.

Almost every Ranger spouse I’ve met is stunningly gorgeous, independent, successful, intelligent, their personalities really complement those of their Ranger husbands. So the best advice I can give, and I hate to be crude here, is don’t be an attention whore or drama queen. That’s not how real women act, and you ruin it for the rest of us when you act that way. I’d transfer that to any spouse in any unit, male or female; it’s not about you, it’s not about them, it’s about both of you together as a team.

As for assimilation into civilian life, Marty and I experienced kind of a two-part transition. When he first left the Ranger Regiment, he was on an assignment to Recruiting Command, which was definitely a different way of life from the Ranger Regiment. So I’m not sure that I really have any good advice for transitioning spouses, other than to say it’s always a major adjustment, even going just from unit to unit in the military.

Something that helped me personally was that I went to the EBV-F Program (editor’s note:  EBVF = Entrepreneur Bootcamp for Veteran Families) at Syracuse University and we heard this really motivating speech from a former Air Force officer. She told us about how 90% of military spouses are under-employed, and most of them have higher education than their civilian counterparts yet we are paid less. There are all kinds of crummy stuff you have to deal with because people just don’t get it.  They don’t see that just because you are married to a service member you have to sacrifice a lot too.  You have to manage a household AND a job AND the kids, all by yourself while he’s deployed, and deal with the stress of all of that. We see a lot of companies out there that want to hire veterans—as they should—but you don’t see a lot of companies who want to handle veterans’ spouses, who often have a lot of the same qualities that the veterans themselves do. 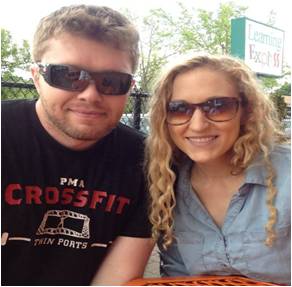 In order to deal with a lot of the issues that spouses face, I banded together with like-minded people.  Marty encouraged me to do the EBVF, at first I was like “why?” but then I went and was so amazed and thought “every military spouse should be coming here” because they totally get us. They totally understand, and they’re meeting you with the same level of motivation that you bring. That’s kind of what Marty and Leo are doing right now for GallantFew; getting linked up with fellow veterans and other like-minded people in support of a good cause.

One of the reasons I like GallantFew is that they mentor veterans.  This helps veterans be more secure and assertive in the civilian workforce, and it really helps set them up for success.  Veterans need to do this on their own, also. If you link up with mentors, you don’t get down on yourself.  You don’t obsess over what you don’t have or what you can’t do.  And that’s why it’s so exciting that Marty and Leo are getting so much media attention!  I really hope other veterans and families can see this and know that there are programs out there to help them and that they can do something to help themselves and others as well.

You mentioned GallantFew, and that of course is the charity that Marty and Leo are out supporting right now through their Nomadic Veterans project. You had an interesting response to someone who once asked you how you could “let” your husband head off to parts unknown, especially with you being more than seven months pregnant. Can you share with us what your response to that was to that question?

Lauren: Yeah!  I just don’t understand the mentality that comes from people who ask that question, why I “let” him do something.  I think you see that kind of thing where people assume that being married is somehow some kind of miserable life for a man, where the wife is the boss and the husband is a pathetic jerk that has to do everything she says.  I just don’t even understand those kinds of questions!  Marty and I discuss things all the time, we’re best friends, we’re equal partners in our marriage.  When he first told me about his Nomadic Veterans project I wasn’t excited about it, it seemed like a bad time for him to go, but I knew I’d feel horrible if he didn’t go, even if something bad might happen.  Deep down I knew he should go, and I told him “you have to do this, but it would be great if you could take someone you can trust with you,” and that’s where Leo came in.

So Marty will have been gone for three weeks by the time he gets back to Colorado. Do you have any big plans together for when he comes home?

Lauren: No plans at the moment, so we’re just going to focus on growing his business, getting his new book Violence of Action out, and of course, we’re going to be making the final preparations for our daughter to arrive.  We do have an anniversary to celebrate at the beginning of July, but that will be pretty low-key as well since we have a lot of more important things going on.