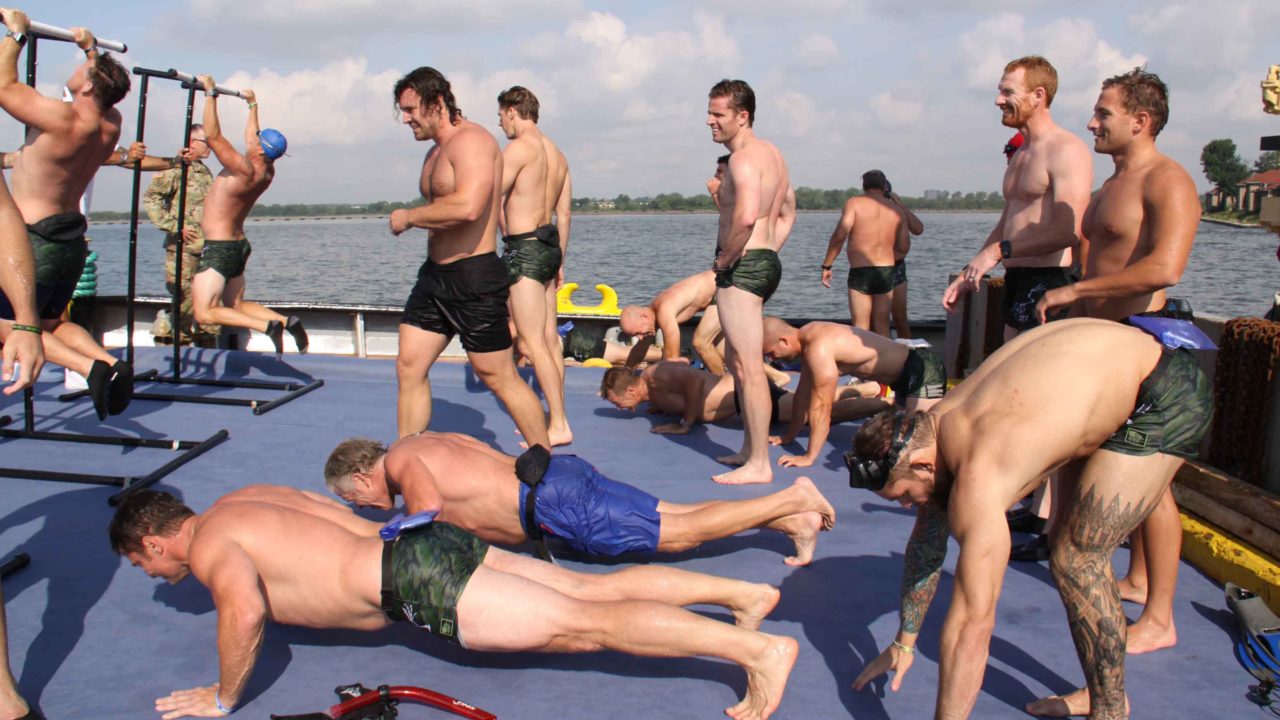 Tiny shorts, scroll on one thigh

Could not be much tighter

Don’t fuck with this midnight rider.

Ranger Panties, the ultimate statement of soldiering fashion. Cut one inch higher than comforting. All leg, all free. Airborne Ranger, livin’ a life of sex and danger. And that phrase does not ring true without the shorts that define the perimeter light infantry unit. Maybe these shorts are the ultimate expression of sex and danger. The moment you wear Ranger Panties, you know your penis could pop out at any moment, especially at the most inopportune time. What’s more dangerous than that? Perhaps only combat.

Admittedly, I first approached these shorts with great skepticism. I would have never worn them before the Army, and I was quite apprehensive the first time the frank and beans were barely covered up. It felt like trotting around in a shade above a banana hammock. As a Ranger private, I was in no position to mock the shorts. Plus, I slowly realized the best warfighter I ever had seen (up close) lived in them and wore them proudly. The hidden disdain of now putting on these near speedo ball holders began to dissipate.

Ranger panties were a sure sign that I was not in the “regular Army” anymore. When started to PT in Ranger Batt, I really knew I was not that I was not in the regular Army anymore. I ran until I puked in those shorts. The physical exertion was second to none. I ran so fast it was impossible to call cadence. Our squad lapped the legs around the airfield. We wore our Ranger Panties when it was freezing. When it was below freezing we ran by swaths of other soldiers in winter sweatsuits with a get-up of gloves and beanies. Looks of sympathy and envy as we ran on by. Sympathy in their eyes as they knew we would be in the cold for some time and envy because they knew it was part of the mystique of Rangering. Probably how a dog on a walk in the winter would look at a group of sled dogs hauling ass down the snowy street. I could only glance back for a split second. A squad of Rangers running in the winter is a site to behold.

Coming for the enemy no cap

Effort will never be diminished

So many found, fixed, and finished

Perhaps, Ranger panties were really meant to express strength. Muscle bound legs on display and expression unique to Ranger Battalion. Wearing them makes it easier to understand a universal truth. Contrary to popular belief- good guys are not the ones that kill bad guys. Badder bad guys kill bad guys. Only real bad guys could go 3 battalions deep in Ranger Panties. An ode to Spartans of old.

What must the enemy of thought? They surely had intelligence that the new guys on FOB GWOT were working out with tiny shorts on. Someone told em’. Hell, they might have even laughed at times, I hope so. Funny for sure. Dabble in Jihad though and those guys take their shorts off really fuckin fast and put on the full battle rattle.

And then what must the enemy have thought?

The same legs that tree trunked from those Ranger Panties now dangled in the wind from a helicopter. I knew no better feeling than to stare across the night sky at a brother from another mother, flying on another helo, his legs out too. I can only assume AC /DC wrote “Hells Bells” to capture this exact moment in time better than anyone else ever could:

My lightning’s flashing across the sky

You’re only young but your gonna die.”

Of course, these shorts do not hold any special powers. When you wear them it only adds to the lore of being an Army Ranger. Rangers have now taken them into other avenues of life, they sell on Amazon. Anyone can buy a version, they are so many forms now. Yet, none of them come with a scroll, the camaraderie, or the brotherhood. But, they go on the same as the ones from battalion – one leg at a time,  hopefully with a little sex and danger!