HomeCulturePTS…D? A Disease is Not a Disorder 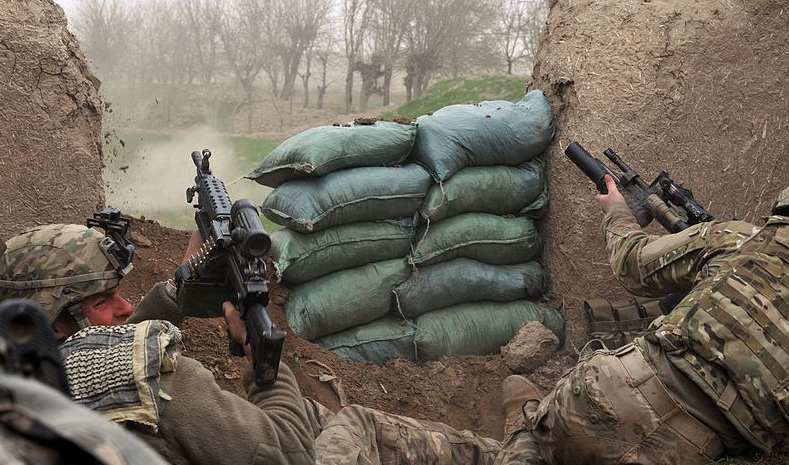 Editor’s Note:  Marty Skovlund Jr. founded The Havok Journal. His father, Marty Sr., an Army veteran and all-around great man, was our #1 fan. He even wrote a few articles for us himself, this being one. Marty Sr. moved on to the big rally point in the sky, August 6, 2017. We are forever thankful to host this soldier’s thoughts online. RIP Marty Senior.  Gone too soon.

This commonly occurs with soldiers who experience direct combat situations. But it also happens with people who work in law enforcement, firefighting, or people who experience a horrible accident that involves injuries and loss of life. Women who are brutally raped experience the same post-traumatic stress as the former.

Any time a human being goes through this kind of stress a period of time is needed to sort it all out mentally. It is important to realize that it is not your fault. The vast majority of people have no idea what you go through to keep them safe through your service.

The human brain is not designed to experience extreme violence and then go about your business as if it is normal. Therefore I agree with former President George W. Bush who said it should be called “Post Traumatic Stress,” which is simply a natural reaction to a stressful situation. It is not a disorder and should not be treated as such.

In many circumstances, pain killers and anti-depressants are the only treatment received for PTSD. What is needed is involvement with Veterans organizations to replace the lost camaraderie and combat Post Traumatic Stress. That sense of belonging that is lost upon separation from the military. It is far more effective to get involved with other Veterans in bringing the issues to light, like working with other Veterans who have the same experiences as you did, and understand you as no others do.

Become part of a network of Veterans who collectively are stronger. When you are in the military you are part of something bigger than yourself. When you separate you are once again an individual. The loss of camaraderie is in itself a detriment to most. Loneliness and isolation are what push us to alcoholism and drug abuse, the feeling that no one understands our experiences. Getting involved gives you back that feeling of camaraderie that will get you out of that isolation. Do not accept defeat without giving it a try because no matter how isolated you feel, there are many more going through the same thing.

Get involved and network with others and support each other. It is important for Veterans to know they are not abnormal and are not suffering from a permanent disorder. By getting out and being part of fundraising efforts to bring awareness to society at large is a worthy task and will give back the feeling of camaraderie that was lost.

I have read that only about 1% of Americans serve our country and of that 1% only about 10% experience combat. That means it is a monumental task to bring understanding to the masses who do not share the same life experiences. Who better to take on the task than Veterans who are not intimated by challenges!

People are especially identified by what they do for a living. My cousin is a doctor, or my brother is a plumber, or Sally is a nurse. When you leave the service you lose that feeling of brotherhood because you identified with the group at large. The loneliness that proceeds is what starts Veterans on a path of destruction.

20 Veteran suicides a day is beyond what can be ignored any longer. It is incumbent on us to get Veterans involved so they can gain a new identity as a civilian. Becoming a part of the Veteran network and getting involved with the many Veterans’ organizations will bring back the camaraderie that was lost and allow you to once again be part of something bigger than yourself.

Last month I was invited by my son Marty JR. to attend the G.I. Film Festival in Washington D.C., and the most common thing I heard about was the loss of camaraderie that soldiers feel upon leaving the service. The lack of belonging, of identity, is something we can all work together to overcome. Let’s start by removing the disorder from Post Traumatic Stress and realizing it is a normal reaction and is totally treatable.