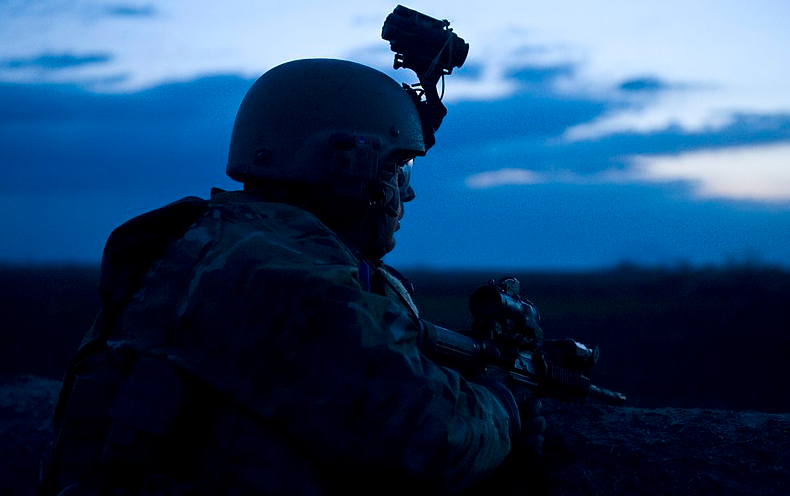 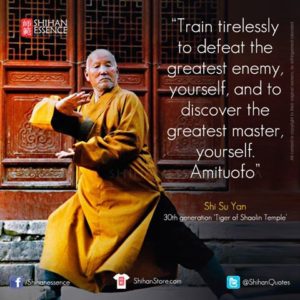 In Far Eastern philosophy, there exists a very ancient concept: “The student becomes the master, the master becomes the student – 學生成為碩士，碩士成為學生.” While this has remained with me for more than four decades now, most of that time I thought, “yeah, yeah, yet another undecipherable, Yoda-like, statement out of Asian mysticism.” Even after having diligently studied martial arts from China, Japan, Korea, and Thailand under different masters for more than 30 years and after having spent more than 40 years studying Zen Buddhism and Asian history and culture. After more than 40 years of meditation and having lived and worked in Japan and China and having traveled much of Asia, I failed to truly understand the meaning.

In Western Civilization, we are taught it is the aim of our efforts to attain the level of leader. We are taught to dedicate ourselves wholly to career or personal causes so as to eventually be recognized as a leader by our peers: “A master of our domain.” We are taught many different things about leadership. That it is an innate trait only some possess or that it can be developed in anyone. That there are many forms of leadership and we must find our own style. The list goes on and on. Entire libraries could be filled dedicated to the subject. Entire academic careers and programs of research and study are predicated upon the concept of leadership.

An example of the West’s concept of leadership is the stated aim of its military systems. Every branch, in most nations, focuses on identifying and developing leaders, with leadership being the ultimate aim of any and all. And very much like martial arts study, the military employs formal educational forms, rituals, processes, and doctrine developed over thousands of years of practice. This is designed to provide the student, the junior enlisted, and officer alike, a path to mastery, of senior leadership. Formal study and education steadily increase in sophistication and complexity as students attain higher and higher degrees of proficiency. This includes higher levels of responsibility and management authority, as one masters leadership. Or so the thinking goes.

It wasn’t until earlier this year, meditating while looking over the Mediterranean from my friend’s balcony north of Beirut, that I started to put it all together and to understand what it means for the student to become a master, and thereby once more become nothing more than a student. I turned 50 before I started to finally come to an understanding of what leadership and mastery really are before and started to understand the relationship between the two. And in a humbling moment, I realized neither was what I was taught or believed. The purpose I believed underlies all that reading, studying, and work, over more than twenty years in the military in combat arms, intelligence, and Special Forces and more years in the private sector business world was wrong.

The misunderstanding I had operated under for nearly 40 years came in two forms. 1): a misunderstanding of what mastery is. I believed mastery was spending one’s life in dedicated study and practice, memorizing all the forms in all their complexity and nuanced ways to obtain such depth of knowledge as to be a ‘master’. This was wrong. 2) misunderstanding what leadership is. I had believed it was spending one’s life mastering all the tasks and application of specific skills within a domain and related social interaction expertise in order to lead and guide subordinates to accomplish tasks. This was also wrong.

It shouldn’t have been a surprise to me. I had been told in the Q Course that, as grueling and demanding as the training was, it was only giving us the basic skills necessary to become a student of Special Operations. Another wise statement, this time spoken by SF elders who often themselves did not fully understand their statements. They did not understand it any more than my former martial arts masters and Zen Roshis did their own wise statements when telling me the dojo merely prepared me to be a student. However, as with the martial arts and Buddhist instructors in my life, our SF TAC’s statement also later proved to be absolutely true while conducting Village Stability Operations with 1st Special Forces Group in Afghanistan.

However, it was many years after the Q and Afghanistan that my epiphany occurred. In Lebanon, after decades of business and military service, I hit the half-century mark of living. The epiphany was: I had looked in the face of true masters and leaders across a broad spectrum of domains over the course of my life. From martial arts and Buddhism to the military, business, and finance, the sciences and academia, and to the arts and others. Without exception, not one of these masters, not one of these leaders, was at all what was expected. None fit a norm. Not once did they talk of doctrine or forms or rituals. None used jargon or dropped names or relied on formal definitions. Half the time, they were not understandable at all till after time had been spent trying to figure out what they had said.

To be honest, they were all a bit odd. As if they were something different, moving to a rhythm in which humanity does not normally move. They did not fit the look or paradigm of what I had been taught a leader and a master should be. Without exception, every single one spoke calmly from a far deeper place of knowing. A place well beyond the need for recognition or the understanding or praise and support of others. Strangely, each spoke and led in a similar fashion, regardless of the given domain of their mastery and/or leadership. While absolutely resolute and confident in their knowledge, they acted as if they were only just beginning their study, just beginning to understand their craft. They didn’t act like what one comes to believe a master or leader acts like. They acted like nothing more than a highly-dedicated student.

Dōgen Zenji (道元禅師; 1200 – 1253), the great Zen Master, once stated one seeks half their life to attain enlightenment, then spends the second half trying to understand what was seen in that very brief window of perfect knowing. As truly dedicated students of any domain, of any craft, we work diligently, sacrificing all to the study of our craft, over very long periods of time, practice leads us down all the many nuanced paths necessary to deeply know a thing. And if we are fortunate enough to have done so, in an instant we finally understand our craft. All of which is accomplished as an individual pursuit, a solitary path others may walk beside for a time, but which is only walked by the practitioner alone, mastery that is obtained solely by the individual.

It is only at this very moment, however, regardless it takes five years or fifty to get to this fleeting moment of absolute clarity, that we are able to truly begin to see our craft is only a small part of a vastly larger whole of existence and human endeavor. And it is only attaining this last understanding, our craft and knowledge is only a small part of a far greater whole, allows us to seek true mastery, to begin the work necessary to move beyond 1st to 10th degree black belt. This means we can master a given skill, a domain, an entire craft, but the title of Master is only obtained when we understand what we’ve mastered is itself only the beginning of our practice and now we must move beyond the obvious to the nuanced application of the knowledge and skills we have obtained and developed, nuanced application reaching far outside the confines of the domain of our craft alone. We must once more become a student.

This leads us to what Leadership really is, which should never be, but almost always is, confused with management. True leadership, is nothing more than this pursuit of the student, this single-minded pursuit of mastery of the many individual and collective skills of one’s craft, followed by mastery of this in the far larger scope of human existence. Leadership is like shooting done right when the sound of the weapon firing comes as a surprise to the shooter having combined without conscious thought the exact right combination of skills necessary to hit the target with surgical precision.

When the base skills have been mastered to a degree that no longer requires thought, the shooter can focus at higher levels of consciousness (battlespace as a whole) and move effortlessly from target to target. At its most basic, being recognized as a leader should be accidental and incidental to the lifelong pursuit of becoming a Master. Something naturally arises when one is so diligently dedicated to reaching and is so actively moving towards a distant objective, they look up and find others following and are surprised.

Seek mastery of your domain, doesn’t matter what it is, entrepreneurship or Special Forces or both, or something completely unrelated. Move beyond being simply a perpetual student, constantly honing a craft. Set a clearly defined, comprehensive, and highly difficult to obtain objective and accomplish it fully, master it. And when you finally reach it, understand and accept you have finally only obtained the rank of first-degree master. This involves moving beyond proficiency alone to proficiency along with understanding. But do so accepting full well that mastery of this objective is only the first step towards becoming a true Master.

Accept that each successive level of mastery only makes one once more a student. As our TACs in the Q Course stated, obtaining that first degree of mastery, graduating the Q Course, does nothing but prepare one to be an actual student, to begin the real lesson plan and learn outside the schoolhouse in the real world.

Should you look up and be surprised to find others following, like the Buddha, don’t tell them what to do. Give them tips and hints as to how they might pursue their own mastery. Share some of the knowledge you have gained along the way as to how you overcame the difficult parts in your own journey to date, help them see the destination with greater clarity. As leadership is nothing more than this, having a clear vision others can see as a destination, and helping them on their own path as students to that destination.

Passionate about leveraging diverse experience and skills developed during 30 years in technology, entrepreneurship, startup investing and Special Operations to develop the next generation of startup leaders globally.

This article first appeared in The Havok Journal on September 4, 2018.