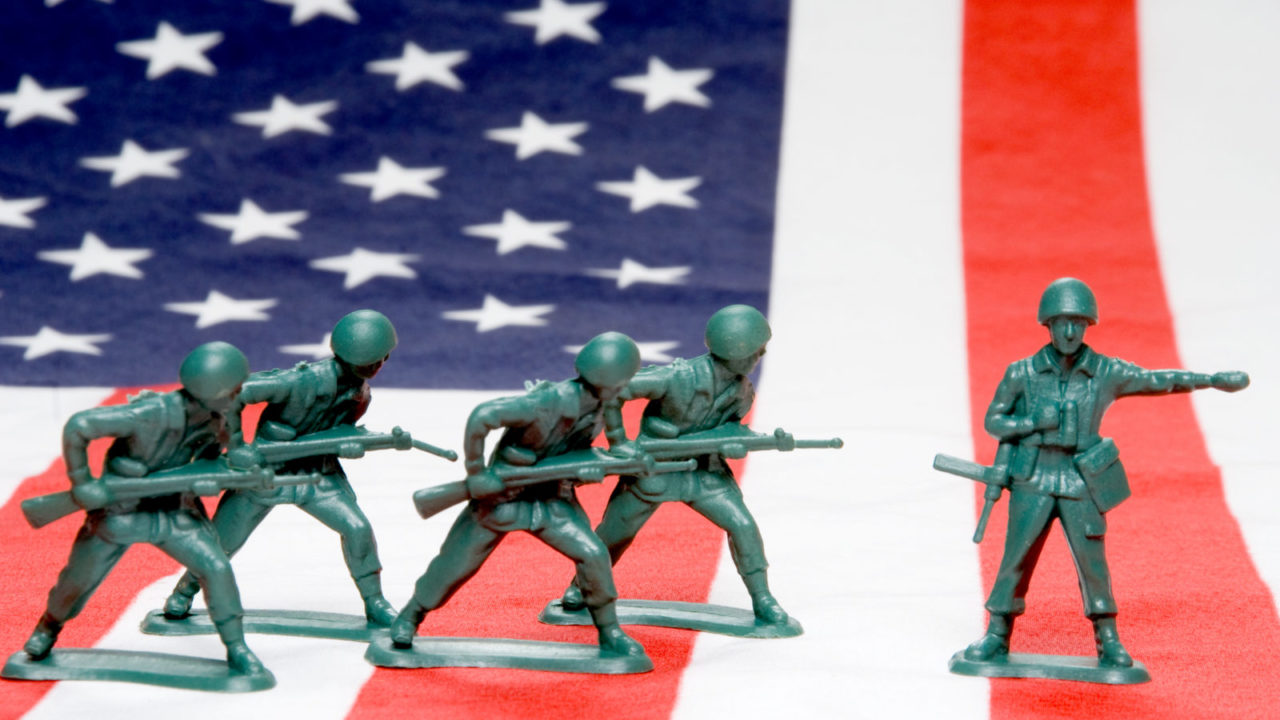 This first appeared in The Havok Journal on February 13, 2015.

The Reaper is making some well-deserved headlines these days. I admire him greatly; not only has he single-skindedly blocked Salon.com from using their incessant “white privilege” moniker when referring to anything involving guns or the United States, but Army Ranger/Sniper Nick Irving also killed dozens of men while carrying out combat operations overseas. It doesn’t get much more real than that. In a recent interview on FOX News, Irving was loosely questioned about his mindset and motivation.   Irving humbly said the following, “You do it for your brothers, that’s the reason why I did it… I just wanted to be there for the 75th Ranger Regiment.”

And he probably did do it for his brothers; there is no reason to doubt him. But his response got me thinking, what of these said brothers; what were their intentions? Could they all have had the same as Nick? Is that even logically possible?

It is here I get to punch in some technical philosophy for my trigger-pulling family. Note that in philosophy one of the greatest tools is the ‘thought-experiment’; where you merely plugin working conditions and see where it takes you. To wit:

Epistemology is the realm of study that focuses on knowledge, its acquisition, and especially its limits.  Housed within Epistemology is the Munchhausen Trilemma.  (Stay with me, grind through the next few lines, it will bear fruit, I promise)

The trilemma is ever-present in daily life, or at least it can be utilized.  When providing proofs for any theory, and condition and proclamation- the trilemma provides only three options to explain a purported truth.

Option #1 – The circular argument (proofs support the other. A allows B, B allows C, yet C allows A…)

Option #2 – The regressive argument (each proof requires another proof. A allows B, B àad Infinitum)

Option #3 – The axiomatic argument (the proof is an acceptance of a brute fact. A just is)

Pose the question “could all warfighters be fighting for the man next to them?”  Applying the trilemma quickly rules out the first two, and subsequently answers the question with a resounding “NO.”

In a war it is certainly normal for all combatants, say a platoon-sized group, all fighting to preserve the lives of the individual members.  However, this does not answer why they are there. Twenty soldiers all standing in a circle pointing to the man to his left and saying “I’m doing this for you” explains little as to why they stormed the berm, kicked in the door, or came to the combat zone at all.  In an incumbent role, perhaps being sieged by an invading force, a uniform need to preserve friendly life is a viable answer. However, as an occupation force, as a warfighting entity that flies across an ocean and patrols farms, towns, valleys, and mountains—an explanation must be provided as to why they were conducting such operations to begin with.

Option #2 doesn’t provide us with much help either.  Imagine a column of soldiers, aligned to the right, beginning with a single man. The man is asked the question “why are you fighting?”, and his response is “for the man next to me”.  The questioner goes to the man next to him, asking this second man the same question, and he gets the same answer as before. Same with the third man, and same with the fourth, and so on. If this was the case then presumably this column would go on forever.

Eventually, someone has to be in the fight for a different reason.  Even if we take this thought-experiment of Option #2 to its extreme, there would eventually have to be one man that went to war for a reason other than “the man next to him”, thus validating this magnificent chain of support.  Just one man saying “for the GI Bill” allows, via the rules of logic, for a thousand to answer similar to how Nick Irving did; one joining after the other, to protect the man that joined right before him.

With very few exceptions, explanations are overtly patriotic, steadfast, and dutiful.  We went to kill jihadists to prevent a mainland invasion, overthrow terrorism-centric regimes, capture WMDs, provide support for stabilization efforts in the Middle East, and even…..liberate the Iraqi people (?).

And are these accurate?  Does the list portray a general sentiment?  Absolutely it does.  The problem is these are rosy, geopolitical savvy dimensions of a multi-dimensional object.  A few particular dimensions are, in the opinion of this writer, woefully neglected.

Of course, there is the noise from the predictable corners, pointing out with rabid hindsight the lack of WMDs; and usually capping it off with something about oil and the Illuminati.  However, as an aggregate, the warfighters who deployed to Iraq and Afghanistan seem to consistently provide an explanation to the general public, as canned as a lukewarm  “thank you for your service” that we occasionally receive back from them.

I think of the energy that occupied the rifle ranges, shoot houses, turrets—the place in space and time right before the flashbang detonated.

—— There is an elephant in the room, one worth talking about.