HomeCulturePeterson is a Coward, Not a Criminal. 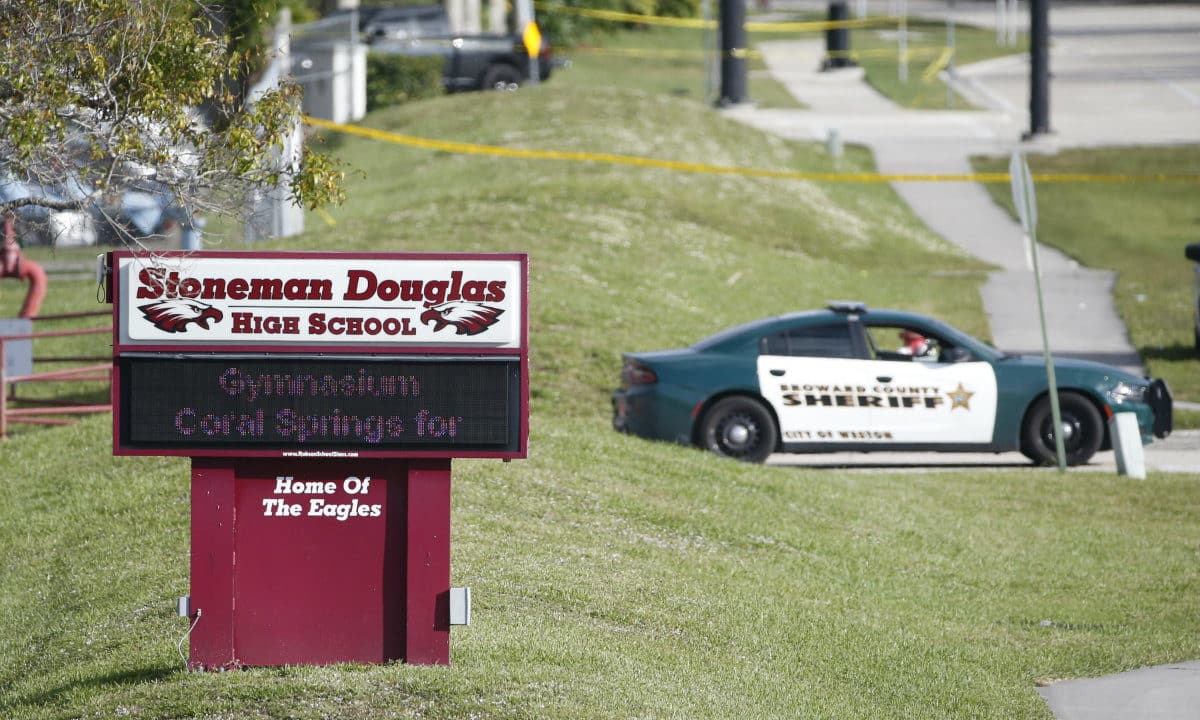 I remember the headlines of many of the websites and papers after they discovered a resource office, Scot Peterson, stayed outside while 17 people were murdered at Marjory Stoneman Douglas High School on a February morning in 2018.  Last week, Scot Peterson was charged with multiple counts of child neglect. Is Peterson a coward? Yes.  Should he ever be a police officer again? I’d never hire him, but the cold hard fact is Scot Peterson had no obligation to engage the shooter.  This may piss off a few people reading this. Especially when we think about the standard many of us hold police to when we think that an officer’s job is to protect and serve. The simple fact is that police do not have a constitutional duty to protect someone, even your child.  On June 27’th 2005, the Supreme Court ruled that police are not there to protect you.  So, why is Scot Peterson being charged with multiple counts of child endangerment? Well, because he is a scapegoat for a larger problem that happened in Broward county that was evident from reading the public safety commission report on the subject.

After reading the report, I realized that the Broward County Sheriff’s Department (BSD), was never prepared for an active shooter, including Peterson.  It was evident throughout the report that the officer’s had more concern for their lives than that of the children inside the school. Even once some officers arrived and heard shots fire, many of them spent time putting on their ballistic vests, one of them even remained for several minutes by his car after hearing the putting on his vest for no apparent reason. “As Stambaugh was putting on his ballistic vest there were five gunshots recorded on his body camera. The gunshots were loud and distinct. Stambaugh remained next to his vehicle for several minutes, even as Cruz fled building 12. “ (102)  In any active shooting incident, seconds matter. Most active shooter courses emphasize this. When Stambaugh was asked the last time he took active shooter training, he didn’t know.

Stambaugh wasn’t the only officer on the BSD that lacked a sense of urgency when responding to the incident. Officer Eason was called out in page 104 of the report. “Again, assuming he continued in an urgent manner he should have been able travel that distance in approximately one minute (if traveling at 40 mph). That would have put Eason on the east side of campus at approximately 2:26:07. It is then worth asking, did Eason actually continue toward campus in an urgent manner? If he did continue to respond in an urgent manner, what was he doing up until 2:28:03 when his body camera turned on? Regardless of what he was doing, why was he not moving toward the sound of gunshots?”    Within one minute and thirty-nine seconds, twenty- one people were shot, nine of them fatally. For almost two minutes, Officer Eason was not engaged during a time that may have saved lives.

Reviewing the report, it’s easy to see a sheriff’s department that was unprepared, a department Peterson was a member of. His lack of engagement was shared by his department.  The report continually points out miscommunication and lack of preparedness shared up and down the Broward Sheriff’s Department. This was in sharp contrast to the Coral Springs Police Department that was also involved in the response.

Once the Coral Springs Police Department (CSPD) was on the scene it was amazing to read the change in the scene in the report. When Captain Brad Mock (CSPD SWAT) arrives, the first statements about Captain Mock was that “he would be an integral part of the law enforcement response within building 12”. (121)  By contrast, the report mentions the lack of organization and preparedness of the BSD.  From lack of communication over the radio to the organization to setup a command center. BSD was not prepared. “Captain Soberon recalled asking a BSO lieutenant where the command post was located however that lieutenant said he did not know.” (123) After the incident, Sergeant Myers of the CSPD was asked by an investigator why he left his rifle and body armor in his truck and entered the situation with only his handgun, the officer replied that it would take too long to get his rifle from his trunk. Sergeant Myers showed bravery and professionalism as did many from the Coral Springs Police department. Sergeant Myers stated, “seconds matter”.  Looking back at the BSD references, it was evident that the CSPD was better trained.

The report showed a lack of preparedness by the school system itself.  This was first exhibited by Andrew Medina, the first campus monitor to see Nikolas Cruz entering the campus from an unlocked gate entrance. In his interview after the incident, he stated that he knew Cruz had withdrawn from the school. He also knew he was a trouble maker in the past, but he didn’t approach Cruz, even though he saw him with a duffle bag. In fact, students were later interviewed that when they heard shots fired, they knew it was Cruz. This was also evident in the report.  By the end of his interview, he acknowledged he was scared to approach him, and he knew something was wrong.  He thought that Cruz was dangerous. He did not stop him. The school’s limited training on handling this incident could have saved lives if the campus monitors were properly trained, entrances were monitored, and maybe someone besides Peterson was armed on campus.  During the interview process in the report, many of the monitors pointed out they reviewed the new color coding levels implemented at the school, but they had only had a single session on what the color coding meant, and that was all the training they had. Although Medina was the first to see Cruz, other campus monitors saw Cruz, or heard gunshots and failed to respond by calling a code red. This was the code to indicate there was an active shooter on the school grounds.

It’s sad to say my kids have participated in active shooter drills, and they have even been on lockdown because of threats against the school, but I’m thankful that the school system and police have the training where I live to handle this type of incident.  When I looked at various reports, it was evident that signs were missed, and I am sure we will miss signs in the future. The key here is making sure you have the right people trained to handle such an incident from the school to the first responders. Scot Peterson is a coward. He will live with being a coward for the rest of his life, but he had no legal responsibility to protect the children in the Parkland Shooting. There is enough blame to go around, from the school system to the Broward County Sheriff’s department.  There was a lack of training in the BSD that makes me wonder if a majority of the deputies that responded that day would have done anything differently if they were in Peterson’s position.  Did Peterson lie to investigators? Yes. I’ll give anyone out there saying he committed a crime that one, but we need to be careful if we start holding first responders liable for protecting someone. This opens our law enforcement officials up to some unwinnable solutions.