HomeCultureOpinion: The Ex-Deputy Charged in the Parkland High School Shooting is a Coward 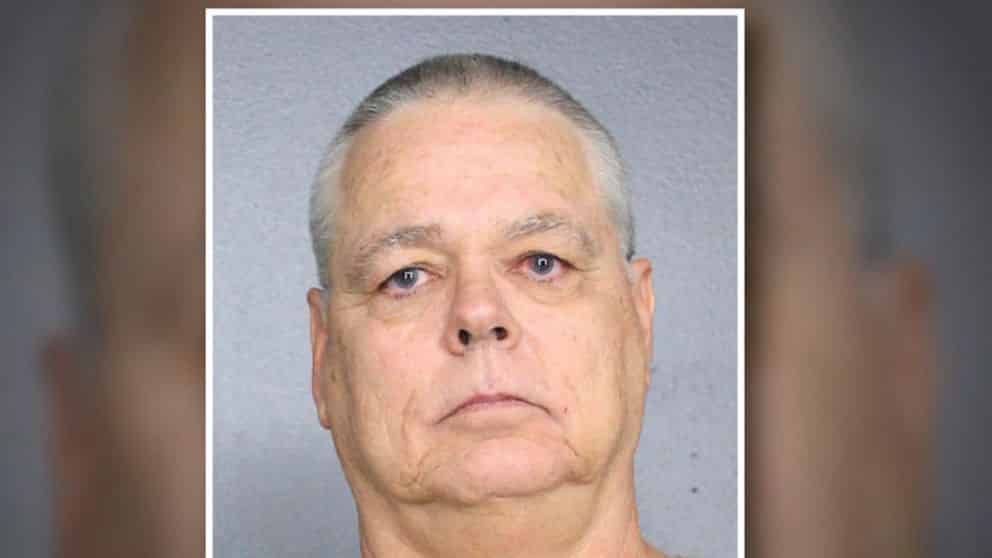 Opinion: The Ex-Deputy Charged in the Parkland High School Shooting is a Coward
by Kevin Wilson

This first appeared in The Havok Journal June 6, 2019. This is being re-published because a year later, Sgt. Brian Miller was reinstated to his position with full back pay due to a technicality, satirized in Article 107 News May 15, 2020.

Ordinarily I don’t like seeing news that a police officer has been arrested. It’s a kneejerk response brought on by being brought up to trust and respect law enforcement, having several friends and acquaintances in various agencies, and generally believing in what they do. It’s a bias that I have to consciously set aside when writing an article, because they don’t always get it right.

Police, hell, all law enforcement, is made up of humans. Humans are imperfect. Humans make mistakes. Sometimes those mistakes come with consequences, and those responsible need to be held accountable.

This time though, my bias isn’t an issue.

Scot Peterson, the deputy on duty at Majory Douglas Stoneman High School on the day a madman killed 17 people and injured 17 others, was arrested recently on seven counts of child neglect, three counts of culpable negligence, and one count of perjury. If convicted, he could face as many as 96 and a half years in prison.

For those of you who aren’t familiar with Peterson’s role in the events of that fateful day, he was the SRO for the school. He refused to go inside to investigate the sound of gunshots, and when other LEOs arrived, he instructed them to stay away from the school.

His cowardice and inaction almost certainly cost lives, lives that might have been spared by a prompt response to the incident.

Naturally, his lawyer is trying to spin this as a bad thing. Joseph DiRuzzo, his attorney, had this to say:

“Mr. Peterson was not criminally ‘negligent in his actions as no police officer has ever been prosecuted for his/her actions in responding to an active shooter incident. Let there be no mistake, the actions taken today against my client should concern the American Public and every public employee who, under the State’s misguided legal theory, could be criminally liable for actions taken as a ‘caregiver.’ To that end, the State’s actions appear to be nothing more than a thinly veiled attempt at politically motivated retribution against Mr. Peterson as no other individual employed at the Broward Sheriff’s Office or Marjory Stoneman Douglas High School has been criminally charged.”

Does he have a point? Honestly, I don’t know. As much as seeing Peterson get his comeuppance for being a worthless waste of oxygen tickles my funny bone, it’s arguable whether or not the charges will stick.

I’m no one’s idea of a lawyer, but I seem to recall something about a court case that established a precedent on a similar situation. Something about officers not actually being required to put themselves in harm’s way. I’d look it up, but it’s like 120° out and my broken down ass is almost out of cigarettes. Not about to hobble to the PX to replace the ones I’d chain smoke out of anger.

Whether or not he can be held legally culpable, the fact of the matter is, Peterson deserves much worse than a prison sentence.

You can argue all you want that cowardice is subjective, that we can’t judge since we weren’t there, but to use a word that my editor will probably censor, I call bullshit.

In the last year, there have been several incidents where unarmed individuals have fought back against shooters armed with nothing more than bravery. Some of them died doing it. They were kids, untrained and unarmed, and they were willing to give their lives to save others.

Peterson was not untrained. He was not unarmed. He had 30 years of experience as a deputy. His job, his sole purpose for being at the school that day, was to protect those kids. And he completely and utterly failed.

Maybe it’s because I hold the thin blue line in such high regard that I’m so disgusted with him. Like I said, I know several officers. They are, to a man, or woman, brave and honorable. They’re not perfect, but that doesn’t stop them trying to get it right. I’ve no doubt that any of them would throw themselves into the line of fire to save children. To them, their badge means something. Being a police officer isn’t just a job, it’s a sacred trust. They took the salt, and they do their best to live up to their end of the bargain.

Peterson didn’t just prove himself to be scum, he stained the honor of every man and woman in uniform across the nation.

Whether or not the charges against him stick, I sincerely hope he spends the rest of his miserable life keenly aware of just how much of a failure he really is. I want the consequences of his inaction to haunt him each and every second of every day. With any luck, it’ll be from a jail cell. Preferably with a cellmate that teaches him that “fist” can be a verb as well as a noun.