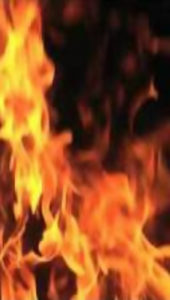 After fighting overseas, 92 percent of American veterans say they want to continue their service. Meanwhile, one after another, natural disasters continue to wreak havoc worldwide. What do these two challenges have in common? A new mission and purpose for veterans. Brad Genereux shares his story with Team Rubicon in Gatlinburg, Tennessee.

I was frustrated at first, but it’s always like that. ‘Go bag’ packed. Plans canceled.

I waited for the green light to launch to Gatlinburg with Team Rubicon. Anyone who’s stood ready to deploy can relate to the anxiety often associated with it. But make no mistake, there’s also the familiar rush of being part of a mission once again; which is probably what draws so many veterans, like myself, to fill the ranks of Team Rubicon.

On November 28, 2016, a wildfire roared through the Gatlinburg area catching the local authorities by surprise. The fire moved so swiftly that many of the evacuation calls made were too late. Fourteen people perished in the flames and thousands of structures were reduced to smoldering ashes. The local community was left reeling in the aftermath.

Within days, Team Rubicon roared into action to help the fire-devastated community. The initial team arrived as soon as access to the area reopened. The needs of the community were assessed and the coordinating efforts began in order to bring in the Team Rubicon army of volunteers to assist with recovery and cleanup efforts. I immediately threw my name in the hat as one of many who answered the call. Then, I settled in and waited for the call go-ahead to don my grey Team Rubicon shirt and join the mission.

On December 8, I loaded my truck and headed south for Tennessee. Although not sure of what this mission entailed, I was energized to be able to help. But it was not just the ability to help in a time of need that drew me south. Rather, and more selfishly, it was the team that I knew I’d once again be a part of. To once again experience the camaraderie that I so dearly miss from my military career: The sense of purpose and belonging; standing side by side with people who believe in helping and supporting each other; and knowing they share my scars and fatigue from serving in hostile places.

My friend Andrew Hanna, an Army veteran was the IC, or Incident Commander, on the operation dubbed “Blue Smoke.” He gave me a hug when I arrived as part of the first wave of volunteers. He relayed a quick down and dirty. “Fire is a different animal,” he said. “In floods or tornadoes, the homeowner is there to talk to. It’s fast and easy to determine how best to help. In this situation, it’s very hard to locate the homeowner as there is no house left at all.” He looked tired from nearly a week of leading the initial efforts.

The next morning I was assigned to an assessment team. Our job was to locate homeowners in order to offer assistance. However, there was no listing to work from. We ended up driving around the area searching for those with the look of disbelief on their faces as they surveyed a pile of ashes that once was the place they called home. We took notes of the site, listed hazards and a description of the work we could help with. We determined that many trees wouldn’t survive and needed to be felled. Ashes needed to be sifted for valuables. It was amazing the random items that survived the blistering heat. Sometimes the homeowner had a short list of heirlooms they hoped to locate, such as jewelry, plates or coins. Others just wanted us to find their pet’s remains.

But, mostly, we listened.

Many homeowners suffered a wide range of emotions with anger, sadness, and frustration crashing over them in waves. Many just want to talk about their memories. They talked about how long they lived in their home, how they’d built things, the families they raised, the local bear they named. Then the losses flooded back. They talked about their narrow escapes, walls of flame on either side of the road, parked cars bursting into flames—very much like a warzone—an inferno that cannot be described. Not everyone escaped. They talked about the neighbor who didn’t make it out. Unfortunately, in many areas there was no broadcast evacuation notice. The firefighters raced from door to door, just ahead of the flames pushed by winds exceeding 80 mph.

A few days into the mission the guy in charge of operations finished his time in Tennessee and headed home. Andrew pulled me aside that afternoon and asked me if I might be interested in a “challenge.” He’d heard through the grapevine that in my former life in the Navy Seabees, I was an Operations Chief. I knew where this was headed. My destiny of running a chainsaw slipped away, even before he asked me to step into the operations role. Of course, I agreed.

The remainder of my time on Operation Blue Smoke was spent putting together the Sawyer, and Sifting and Assessment teams. I was tasked with ensuring each team was staffed with the right skill sets, coupled with the appropriate work orders. With daily meetings, site inspections, briefing the team leads, the days slipped by faster and faster.

I had the privilege of serving with a group of extraordinary people during my first look at the inner workings of the Team Rubicon operations. While I’d have loved to wield a chainsaw and relish the aching muscles at the end of the day, I took pride in my contribution.

The highlight at the end of each day was the debrief during dinner. The crew returned from a long day of hard work, filthy and tired, but fulfilled. Stories were told, sometimes about the funny antics that took place, sometimes tearful playbacks of how thankful the homeowners were to have this group of strangers, veterans and first responders, traveling from abroad to help them in their time of need.

It’s powerful stuff to be involved in something bigger than yourself. To be associated with a group of people who feel this deep need to give and to help. These patriots believe in helping their neighbors in a crisis, asking for nothing more than the opportunity to lend a hand. These are real people who give me faith in our human race and in the resilience and goodness of Americans.

Jake Wood, the founder of Team Rubicon, has managed to harness a vast resource of experience and goodwill that benefits the members as much as it benefits the victims we help. I salute you, sir.

Take Action: Join Team Rubicon to help respond to natural disasters in communities across the U.S. and abroad.

Connect with Brad: Brad Genereux is the author of A Soldier to Santiago, Finding Peace on the Warrior Path published by Blackside Publishing. Besides volunteering his expertise with Team Rubicon, Brad’s passion is to lead other veterans to trek the Camino de Santiago as another way to process their deployment demons. If you’re interested in trekking the Camino de Santiago in Spain, connect with Brad.