Editor’s Note:
Money is tight in the US military these days.  Budgets and manpower levels are shrinking dramatically, yet our missions seem to be remaining at a steady state.  #NotAllVeterans agree on the best way to deal with the ongoing crisis; in fact, there are considerable disagreement throughout the force.   Here is one suggestion from Havok Journal writer (and former National Guardsman) Leonard Benton.

There is a lot of talk these days about the need to cut costs in the Department of Defense, but there are few viable ways put forth to make it happen.  One way to save massive amounts of money from the military budget is to quit wasting money on providing equipment to the National Guard and Army Reserves that is never used or used so rarely that there is no point in them having it at all. 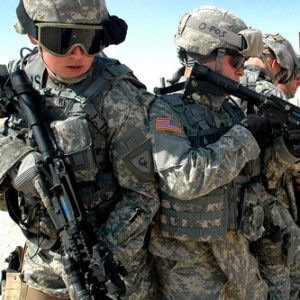 While the need to do something about the waste in Guard in particular, there will be a fight to do so because the National Guard is an entity almost to itself as far as the military is concerned.  With loyalty first to the State and only then to the Federal Government, any slight is taken to the next level with vigor if they feel that Big Army is unjustified in its actions, and the Guard has the full backing of their respective senators and members of Congress.

Individual states and National Guard as a whole threw a fit when the Army implemented a plan to take the Guard AH-64’s and move them to Active Duty units so that the money could be saved on buying a new reconnaissance aircraft.  There simply was not enough money to develop a new recon bird or to upgrade the existing fleet so instead the plan was to absorb the 192 AH-64s that were issued to the Guard to replace the recon platforms.

Why the fight from the Guard?  Is the National Guard planning on staging a battle with the next state over, and want to be on equal footing?  Of course not, but the real answer isn’t much better.  The Guard rationale in wanting to keep its fleet of attack aviation is nothing more than prestige and posturing that we don’t have time to accommodate nor afford.  Guard use of attack helicopters is limited in the Defense Support of Civil Authority roll which is the mission they are on when supporting the State during an emergency.

Why would the National Guard prefer attack aviation, which it can’t use within its own state borders, to transport aircraft that have a high degree of utility in disaster relief?  Do individual states need helicopters equipped with missiles and heavy machine guns?  Well, I imagine that Louisiana might have had some use for a fully armed Apache after Hurricane Katrina. I am also positive that it would best be served staying ‘imagination’.

The Guard helicopters don’t get as much flight time either.  The pilots are there one weekend a month and while they have the ability to drill at nearly any time, since weather or maintenance might ground them they still do not fly anywhere near the amount of hours their Active Duty counterparts do.

This equipment re-validation theme applies across the board too.  The Guard and Reserves have no need for up armored vehicles.  Check your local National Guard Armory or Equipment depot and you will find an entire fleet of vehicles just sitting there doing nothing for most of the month.  Much of it is nice brand new equipment that is going to simply sit there unused for the majority of its life, a life that might be much shorter than Active Duty equipment.

Military equipment, especially vehicles, is designed to be used.  If you just let it sit; it will seize bearings, rot seals, flatten tires, and degrade until it is deadlined.  The maintenance hired to take care of it cannot duplicate constant use.  Even Active Duty equipment does not get the full work they should sometimes.  The vehicles in the Guard are lucky if they get started once a month.

What to do about all this?  We learned in Iraq what to do if only the military will pay attention.  Preposition equipment stocks.  The Guard can have some stuff; they need trucks but they don’t need armored ones unless that is all that is available.  The armor stuff can go to active duty or to storage.

FT Hood could set aside space, there is a lot of open land there, and all the identified equipment could be positioned there for draw anytime the mission required it for State use or for annual training.  We also don’t need to provide every single item on the list.  Most of it is wasted anyway. 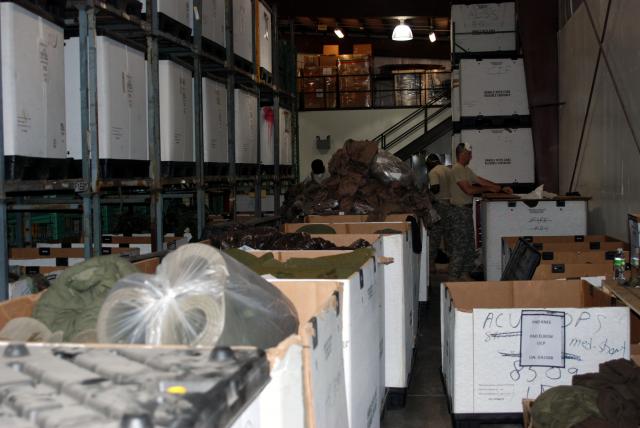 The National Guard and Reserve supply rooms are full of equipment that they never use.  The Army issues it because the regulations require it and the Guard demands it, and then it rots.  I have seen equipment that was destroyed because it was packed away and forgotten.  By the time someone opened it and looked at it, the foam padding had actually melted and ruined the components, total waste of money.  I have seen equipment crates unopened for 20 years because they never used it.

So don’t issue the Guard and Reserves anything more than the minimum necessary to support the domestic missions that they have.  Everyone is going to have to go to training anyway so what is the point in giving them more than they will use?  When they perform summer training, they go to the equipment storage depots and draw what they need.

The savings by removing equipment that the Guard and Reserves will not use is tremendous, not only in the issue costs but also in maintenance and fuel costs as well.  What is the Guard going to do with a Bradley or an Abrams?  Why do they need a Paladin or MLRS?  They need to be trained on the equipment but they can do that by drawing it from the stocks instead of having their own that will just languish in storage.

From top to bottom we could go through every Armory and pull equipment that has been issued to the Guard to replace damaged or missing stocks of active units and save millions.  The Guard has no use for an MK19 or an M2.  They can keep the M240 and below for there might be a need for them but the rest can be prepositioned.

Another way this prepositioning of equipment would save money is in the transfer equipment from one unit to another.  Every single time a unit deployed in the Guard during the war, there was always a massive reshuffling of equipment because something was broken, missing, or never issued to a new unit.  The cost in man hours, transportation, and shipping was ridiculous.  The Guard even had ‘rodeos’ where hundreds of units all went to one location to pass around equipment.

The Active Army is cutting manpower and reducing whole units in order to make cost savings, and the other components are going to have to feel the pain as well.  The Guard needs to adapt to the idea that cost cutting measures apply to everyone now and we don’t have time for anyone’s pride.