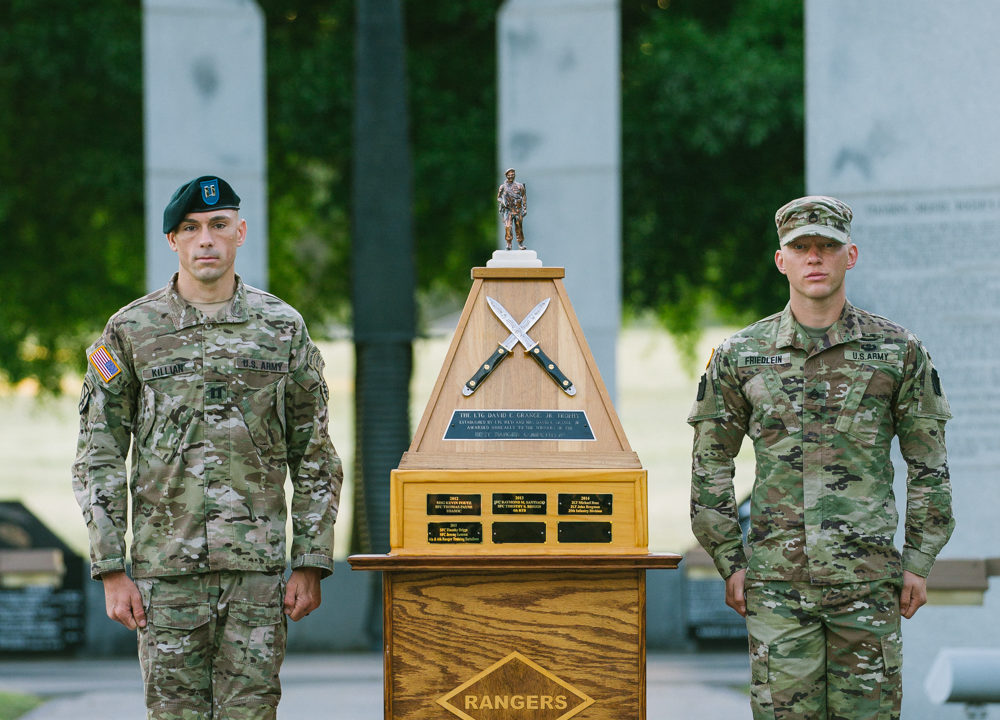 At the end of 2016’s David E. Grange Best Ranger Competition, Captain Robert Killian and Staff Sergeant Erich Friedlein stepped across the finish line into history. As Team 47, they became the first National Guard soldiers in the history of the competition to earn the title of Best Ranger.

The win was especially gratifying for Captain Killian, who came in a close second in 2014 and 2015. Killian, 34, is no stranger to grueling physical challenges that can push a person to the very limits of their endurance – both physically and mentally. In addition to successfully completing the Army’s Ranger School and Special Forces Qualification Course, the Colorado National Guard soldier has competed in the Ironman World Championship in Kona, Hawaii, the Army 10-Miler, and took first place in the 2015 Spartan Race World Championship in Lake Tahoe. In 2010, the Army named him the All-Army Male Athlete of the Year.

As a National Guard soldier, Killian has come full circle. He began his military career as a young Cavalry Scout in the National Guard before attending the Citadel and beginning a career as an active duty officer and serving in the 10th Mountain Division. He has since left active duty and serves with 19th Special Forces Group in the Colorado National Guard.

I asked Killian how he compares events such as the Best Ranger Competition against the numerous non-military events he has competed in.

Killian is not alone in his assessment of the value the Best Ranger Competition has to individual soldiers and their units.

“This is the first Best Ranger win for the Army Guard since the competition began thirty-three years ago.  We couldn’t be more proud of Captain Killian and Staff Sergeant Friedlein and the other National Guard competitors. They trained for months and have demonstrated what it takes to compete and win.” Command Sergeant Major Conley told the Havok Journal by email.

Captain Killian’s teammate in this year’s victory was 31-year-old Staff Sergeant Erich Friedlein, a nine-year veteran of the Pennsylvania National Guard. This year’s Best Ranger Competition was the third for Friedlein, who serves the National Guard as a full-time Master Fitness Trainer at Fort Benning.

“It’s not going to change everyone’s mind overnight,” Friedlein said when I asked him how his win might affect people’s perception of National Guard soldiers, “It shows we can perform the same soldier skills as active duty soldiers and perform them to standard.”

“I think it’s a start,” responded Killian, “It will help people realize we deploy a lot – both in combat and in stateside civil missions. We go through the same schools and the same training. We don’t have the same time to train, but we still train to the same standards.”

Every November, the National Guard holds try-outs for the Best Ranger Competition at the Army National Guard’s Warrior Training Center at Fort Benning, Georgia. Guardsmen from several states attend the assessment looking for a chance to represent the National Guard in the punishing three-day event that is arguably one of the world’s most taxing athletic competitions.

Those who are successful enough at the November try-outs are invited back in January to begin training for the event. Due to their close proximity on Fort Benning, the National Guard competitors train closely with competitors from the 75th Ranger Regiment.

Although train up periods for soldiers competing in the Best Ranger Competition are common among up to 80% of the various units within the Army, in the end it isn’t the key to winning in and of itself.

Killian and Friedlein trained as teammates for the 2015 Best Ranger Competition, but Friedlein was unable to compete. This year, however the National Guard team’s coaches paired the two together again.

I asked Killian and Friedlein what recommendations they had for other soldiers with aspirations of competing in Best Ranger.

“Get your cardio up. It’s extremely taxing on the body. Endurance is great.” Said Staff Sgt. Friedlein, who regularly competes in distance running events of varying lengths, “Be able to focus under pressure and not mess up the technical skills you need.”

“Ruck and run for long periods of time.” He added. Friedlein also competes in obstacle course races, such as the Spartan Race, after being introduced the sport by Killian.

Captain Killian suggested taking advantage of the information available today that wasn’t an option for competitors in years past. “Watching the competition online is a huge benefit.” He told me, “See the techniques and how teams execute and train on it.”

The winter bi-athlete and obstacle race runner also recommended focusing on fitness and soldier skills. “Pace yourself. Don’t burn yourself out. You can’t train light, so you have to find the middle ground. Train on the technical skills we need to be successful as soldiers. It’s the total package.”

Both soldiers agreed competitors had to enter the training with higher levels of endurance and strength than most. Technical soldier skills such as marksmanship, knot tying, and land navigation can be improved in relatively short periods of time, but endurance and mental toughness have to be there when the soldiers begin to focus their training. 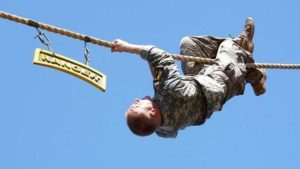 Captain Killian and Staff Sergeant Friedlein both cited the night orienteering event and the ruck marching as the most difficult events of the competition. The Best Ranger competitors are allotted eleven and a half hours to complete the night orienteering course, which can be a major source of points for the two-man teams. Team 47 took eleven hours and twenty-four minutes of the time permitted – and it paid off.

Finding time to train prior to the train up period was formidable. Both men are husbands and fathers with full-time jobs, so the balance of family and career obligations with the high level of training necessary to be successful presented its own challenges.

“A lot of early mornings, lunch breaks, and working out at night.” Said Cpt. Killian of his workout schedule, “I’d bring my lunch with me and slam it while I check emails after I work out.”

The support of family was critical.

“My wife was very supportive.” Staff Sgt. Friedlein said. “I tried to spend as much time as possible with her while I could. It takes up a lot of time, so you have to have a supportive family.”

In the 33-year-year history of the Best Ranger Competition, only three men have been two-time winners, with only two, Master Sergeant Eric Turk and Sergeant Scukra, taking the title in consecutive years. Master Sergeant Walter Zajkowski took the title twice, once in 2007 and again in 2011. 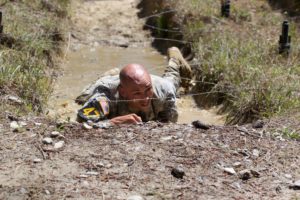 No two-man teams have won the competition twice, which is another historic first the National Guard soldiers would love to achieve. Whether they compete again together or on separate teams, both expect to continue representing the National Guard at the Best Ranger Competition in the future.

“We’re here to stay, “Staff Sergeant Friedlein said, referring to the National Guard’s role in Best Ranger, “and to be a presence in the competition for years to come.”