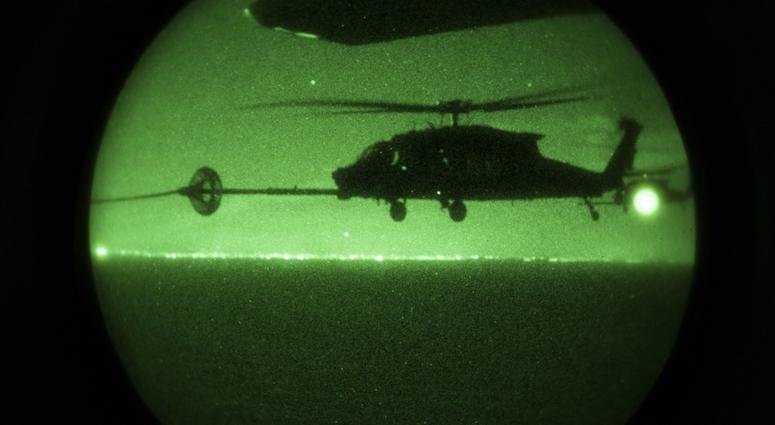 In late January of 2005, the Lava Dawgs had just left the city of Fallujah after 75 days of some of the most intense, offensive operations of scale in the Iraq War. Everyone was elated to have survived. They were each given 2 beers per man as a late Christmas covenant. The snap and pop of aluminum cans gave clear indication to a temporary solace. Guys were hugging and singing and loving on each other. It was like a frat party that had continued for 230 years. There was some jolly, good banter and smiles abound.

The men were exhausted, but the prospect of survival had increased exponentially and they were grateful to be alive. Up to that point, the battalion had lost 20 Marines killed in action and over 150 wounded in the fight for the City. The men toasted to those that were there and those that were not. Someone had stashed away a bottle of Jack Daniels from a care package and they were passing it around for a swig. The guys were throwing around porn magazines, sharing cigarettes, and Copenhagen. Everyone was in lust with the war. They had done something that few in a career get to do. But, there was one more mission to complete before going home.

The first free, elections throughout the country was set to take place on January 31, 2005. The infantry company was tasked with providing security at various polling locations within the Anbar Province, so that people could vote for a new president. Being in a predominantly Sunni part of Iraq, it was expected to be a low turnout because Al Qaeda was still firmly embedded among the people. Most of the vote would be decided by a Shiite majority in and around Baghdad. Nonetheless, the drinking festivities would be short lived as they boarded CH-53 helicopters via Al Asad airbase in the following days.

They began early in the morning of January 25, shuttling Marines out to Rutbah in the barren wastelands of western Iraq. The birds flew in pairs and each carried about 24 Marines within their bellies. There was about 150 Marines in Charlie Company, so it would take at least three waves to transport everyone. It was sunny and clear that day. Looking out the back of the helicopter, there were scant traces of Bedouin dwellings in the vast surrounding sandscape.  Rocky outcrops jutted to plateaus. The Marine pilots remained diligent all day, ferrying the grunts to Camp Korean Village, a former work site for North Korean scientists in preparation for Saddam’s subsequent attempt at developing a nuclear program. To the Marines, it was just another FOB in the middle of nowhere via a single lane highway that led to a dead end at the Jordanian border.

Around midnight, the temperature dropped below 30 degrees and most of the Marines were bundled up in their poncho liners, trying to get some sleep. It was very windy outside, and sandstorms were developing. Most of the company had already made the trip, but one platoon was still left back at Al Asad. Because of the inclement weather, it was expected that the remaining sticks of Marines would stand down and continue the next day. However, the order was given to go anyway. At about 0030 hours, the birds were fired up on the tarmac. The propellers whipped and fluttered. The sweet smell of aviation fuel engulfed their nostrils. The Marines were geared up with a full combat load. At the last minute some men were switched between the two sputtering helicopters. One of the birds had a maximum load, so they shifted the balance to account for the weight. Animal Mother was a bit disgruntled that they took him off the bird because he had already fallen asleep. He grumbled and cursed as they rushed him to the other helicopter. After everyone was accounted for the crew chiefs gave the thumbs up and raised the landing ramps. Slowly and methodically, the birds rose into the air, one trailing just behind the other. Lifting into the cold, desolate night sky, the call of duty commenced. It was about an hour flight, so they would touch down around 0130.

Fifty minutes into the flight at about 0120, some of the Marines were staring out the porthole as they saw a tremendous flash and fire ball. The trace helicopter began moving erratically, up and down. There was a commotion near the cockpit. The crew chief was noticeably shaken and was looking down outside of the helicopter door. No one knew what was going on except for the stomach dropping feeling of a turbulent aircraft. The men were screaming, but the squelching engine was too loud to hear anything. Minutes later, the lone remaining helicopter touched down on the flight line of Korean Village with a harder than usual landing. The crew chief began yelling for the Marines to “get the fuck off the bird now!” Everyone grabbed their gear and hustled off. Just as soon as the last man exited, the helicopter throttled the engines and quickly took off. No one knew what had happened. The platoon sergeant was waiting to brief them. “The other bird went down and no one knows anything else,” he said. Everyone’s heart sank to the depths of their guts. There were lots of questions and no answers.

According to US Government reports, the pilot had sustained a debilitating case of vertigo while navigating through the sandstorm. He became disoriented and flew the helicopter directly into the ground. There were no survivors. Al-Qaeda used the incident to bolster their cause by taking credit for downing the aircraft with a surface to air missile. This was a false report. Immediately, a search party from a different unit was assembled and they rushed out to the crash site, about a 20 minute drive away into the open desert. As the first responders approached the scene, they were held back because of a large array of munitions that were cooking off. Portable rockets and grenades were exploding, and 7.62 link and 5.56 ball rounds were zipping and cracking in every direction. There was nothing anyone could do until the blaze had subsided. They cordoned off the area until morning. The next day, there was huge crater and metal debris scattered about. The pilots were still strapped into their seats. Everyone was charred and unrecognizable. Body parts were strewn over a half mile radius. The only thing that was left of the helicopter was the twin engines that still remained partially intact.

It was a moment of unconscionable loss and devastation. Animal Mother was standing on the tarmac about to vomit with the abrupt realization that he was originally on the helicopter that went down.  They were all within two weeks of going home. Four of the victims had children that were born on their deployment that they never saw. The Marines were left with the gut wrenching task of sifting through their belongings to send home. Partially burned letters, pictures, and personal items were inventoried. No one had accountability of the names of the perished. The next day the company met to debrief what had happened. Everyone was crying and hugging each other. Thirty-one names were read aloud. Unbelievable sorrow, guilt, and grief engulfed the room, as men broke down to their knees in anguish. Twenty-six Marines, one Navy Corpsman from Charlie Company, First Battalion, Third Marines (Lava Dawgs) and four, flight crew from HMH-361 (The Flying Tigers) were killed instantly. Along with seven other casualties throughout the country, January, 26, 2005 remains the deadliest day of the Iraq War for American service members.

I often wonder what those men could have done with the air in their lungs and a beating heart. Some would have gone on to be doctors, businessmen, politicians, husbands, and fathers. I see their faces and remember the way they laughed. Most of them were just 20 year old kids with a lifetime ahead of them, only to be cut short so close to a reprieve. I struggle to make sense of their sacrifices after more than a decade. They will never be forgotten. Semper Fi.