HomeCulture“Sex is Like a Cheeseburger”: The National Sexual Menu 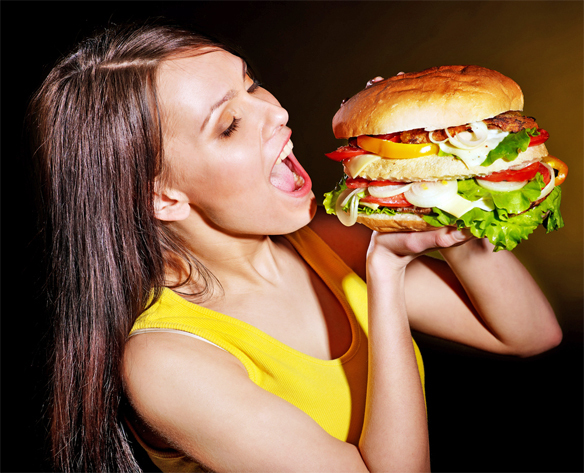 Sex is like a cheeseburger. Today’s X-rated society has reduced sex to the value of a fast food cheeseburger—hot, fast and cheap. Order it any way you like. Readily available any hour—everywhere. Consume as much as you want. Satiating a variety of tastes, it gratifies the appetite—temporarily. In a hurry? Just drive through, pick it up, devour it on the run. Or, take your time, sit down, and savor the experience.

Sometimes You’ve Gotta Break the Rules: Books, interviews, magazines, and the Internet and the media lay bare the private lives of public figures. Who would have guessed that sex would invade every corner of our lives and become our national obsession? Splashed across screens, sexual imagery bombards our eyes via the Internet, television, and film.

Have It Your Way: To some, sexual choices are merely doing what I feel, doing it my way, or focusing on the legalistic aspects of what ‘is’ sex?

The most notorious re-branding of Have It My Way occurred during a Grand Jury investigation. Paraded on national TV, the Baptist, cheeseburger lovin’ President Bill Clinton hyper-focused on the legal definition of the word “is.” If he reinterpreted what sex ‘is’, then Cigar McClinton could avoid admitting, “I engaged in overtly sexual behavior with Monica Lewinsky.”

Clinton’s I’m-not-going-to-admit-to-something-I didn’t-do attitude led to two nationally televised apologies. The first apology affirmed the legal accuracy of his statements. The second apology admitted he “misled the country, the Congress, my friends, [and his] family.”

And what about Monica, and all of Clinton’s other accusers? Attacked as liars, bimbos, narcissistic, and loony toons, the humiliated and demeaned were treated with no more value than a used, tossed Big Mac wrapper.

With Clinton’s reputation at risk, his redefinition of ‘is’ attempted to deceive and to rationalize his behavior that many believed wrong—immoral even. Amazingly, his political charm remained unaffected. An ABC poll revealed: “Two-thirds of Americans surveyed after the broadcast of President Bill Clinton’s grand-jury testimony say he was evasive, and even more don’t buy his narrow definition of sexual relations.” A TIME/CNN poll found that 87% of those questioned said that oral sex was—well, sex.

After publicly humiliating and privately devastating his wife and daughter, most people still didn’t want Clinton removed from office. His ‘talent’ was more important than his ‘character.’ America prospered economically and Clinton ended his presidency with skyrocketing approval ratings—73 percent in late December 1998 when the House voted to impeach him.

Like Clinton and others who call themselves Christians or Republicans or Democrats or sports ‘role models’ or actors or Hollywood producers or comedians, a disconnect exists between their private sexual mores and their public denials and hypocritical-politically correct proclamations of “we respect and defend women.”

Trivializers and deniers of sexual harassment, Clinton’s defenders ‘persisted’: “Clinton’s personal life should not be a public issue.” Really? What say you now? After decades of victims ignored and disparaged by powerful predators, how are the efforts of the culture enablers who rationalized Clinton’s choices and protected him looking so honorable today? Does every accuser who comes forward really have “the right to be believed?” How is it possible that the power persisters allowed these crimes to continue for so long? World War 2 martyr Dietrich Bonhoeffer wrote: “Silence in the face of evil is itself evil: God will not hold us guiltless. Not to speak is to speak. Not to act is to act.”

EEOC’s Legal Definition of Sexual Harassment: It is unlawful to harass a person (an applicant or employee) because of that person’s sex. Harassment can include “sexual harassment” or unwelcome sexual advances, requests for sexual favors, and other verbal or physical harassment of a sexual nature.

Harassment does not have to be of a sexual nature, however, and can include offensive remarks about a person’s sex. For example, it is illegal to harass a woman by making offensive comments about women in general.

Although the law doesn’t prohibit simple teasing, offhand comments, or isolated incidents that are not very serious, harassment is illegal when it is so frequent or severe that it creates a hostile or offensive work environment or when it results in an adverse employment decision (such as the victim being fired or demoted).

The harasser can be the victim’s supervisor, a supervisor in another area, a co-worker, or someone who is not an employee of the employer, such as a client or customer.

This first appeared in The Havok Journal on November 17, 2018.