HomeCultureMotherhood and Brotherhood: A Simple Heartfelt Thank You 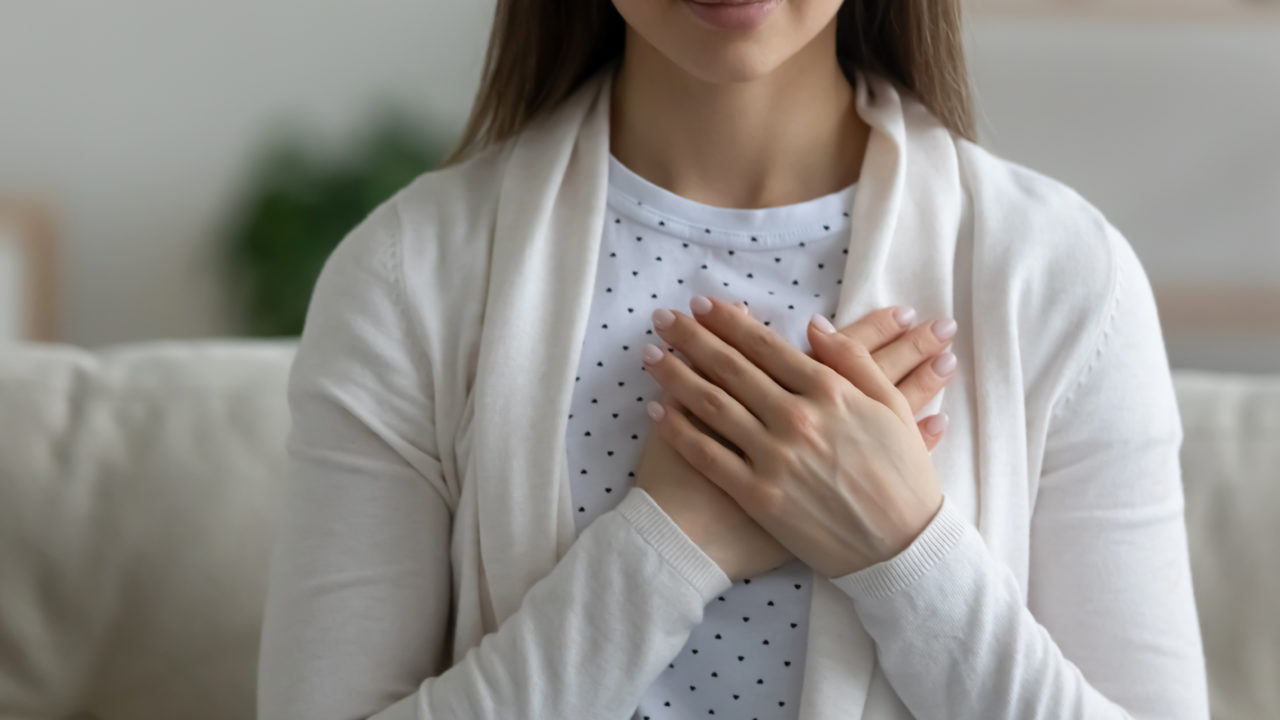 As a Gold Star mom, I often wonder whether my mind will ever stop trying its best to reject the “ultimate bereavement.” Words spoken to me by soldiers comfort and strengthen me: “You are never forgotten. I can’t imagine what you go through on a daily basis. I’m forever grateful for the sacrifices you’ve made everyday you’ve been without your son. A simple thank you is never enough.” I’m humbled by the respect and kindness of soldiers who “get it” and acknowledge the loss of my firstborn warrior, your brother-in-arms. 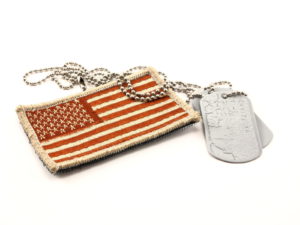 From my perch, I can’t imagine the suffering and trauma of soldiers who’ve lost a buddy closer than a brother, or seen a fellow warrior die on a deployment, or worked to save a wounded comrade, or cradled a man down while encouraging him during his last earthly minutes. And to add to that trauma, then body bagging or picking up bloody body parts to be shipped to Dover Air Force Base in a refrigerated coffin.

I’m awed by your raw strength and courage to shoulder more than I could ever bear. And yet, many of you were there to comfort our precious children when they expelled their last breath. And words can never express my thankfulness for your sacrifice, for every team member who walked alongside my son through the valley of the shadow of his death…who did everything humanly possible for my son who fought the good fight and finished his race. His sovereign, heavenly Commander-and-chief — for whatever His reasons — issued other orders regarding Kristoffer’s eternal homecoming and final divine deployment.

No Time to Mourn

Our death-averse culture ignores and marginalizes traumatic loss, pushing us to “Get over it!” or “Move on.” Before our brains and hearts activate the devastating pain of reality, we’re expected to bounce back while still numbed by shock. And I can’t even imagine compartmentalizing and shoving the loss in a box to address later — or not — in order to perform flawlessly on another mission tomorrow night.

I was fortunate, my son was viewable. Some aren’t. Blast those IEDs. I spent private time talking to my son’s lifeless, wax-looking body. “Son, do you even realize how much I love you?” As I gazed at his long, thick eyelashes, I mourned that I’d never see his beautiful blue eyes again this side of heaven. I mourned that he’d never walk his beautiful, little girls down the aisle, if a man had ever survived Kristoffer’s intimidating scrutiny. And I wondered, What are his buddies thinking and feeling?

The Crazy of Mourning

Like a demon stalking a body to possess, raw unmanageable trauma took custody of my grief-possessed body, permeating me with crazed emotions. I’ve heard and felt the craziest things, rendering me incapable of accessing rational thinking. Anger at the loss of someone who practically shares our skin is a powerful force. Blinded by a bigger picture regarding what we think is the worst thing in life that could ever happen, the traumatic death of our loved one instantaneously pinpoints our focus on the wildest, most difficult emotions of the human condition.

The agony in the eyes of three rows of Rangers standing at attention outside the funeral home where my son lay in repose remains burned into my memory bank. As I walked past those amazing warriors with their eyes trained dead ahead, I longed to make eye and heart contact with those who knew my adult son in a way I’ll never know him. As I passed by, I heard myself blurt out, “You are all my sons.” And I meant it. I intuited the loss of my son, their brother-in-arms, and our mourning bonded us together as family.

I’ve seen mourners make the grief all about them. And, whether they realize it or not, they dismiss their dead loved one’s buddies feelings, thinking that a father, mother, spouse or fiancé’s grief trumps their battle buddies’ loss. After all, the men they fought and died with aren’t family, right? Wrong.

I suspect the attachment bonding between men, wholly reliant on each other for their lives, is more durable than titanium, torture or time. Like flux, forged by the blood of battle, my gut suspected the chemical bonding in the brain between battle buddies is as strong as marital or family bonds. For many soldiers, research verifies, that losing a close friend to combat is akin to the grief experienced by the loss of a spouse (Litz & Schlenger, 2009).[1]

The Crazy of the Unpredictable

The only predictable grieving patterns I’ve noticed? Raw trauma and mourning activates the crazy in people and everyone responds to crazy differently. Looking back on the first and second year after my son, Kristoffer, was killed, I experienced pain imposed by others who I concluded had to be thoughtless, selfish, narcissistic, mean or missing the empathy chip. The place I felt most emotionally safe? In the presence of Army Rangers and Gold Star moms.

I emotionally imploded and lacked the emotional margin to support myself, much less any one else. Bushwhacked, the imprudent words of a few exploded agonizing emotional shrapnel inside my shattered, fragile self. My emotions ricocheted uncontrollably — 24/7 — sidetracking me from leaning into my first priority — mourning. I sought out counseling or processed my pain detonated by verbal IED’s to help me exert enough near-superhuman self control of sheer grit to hopefully avoid retaliating. I made a conscious effort to never lose sight of the pain and loss of others.

When I had absolutely nothing to give, I resigned from leadership positions that once impassioned me. I withdrew from those who leaned on me to prop them up. I avoided negative, angry people whose self-nurtured, victim mindsets or addiction to dumping crap drained me.

The Crazy of Clichés

Ten days before the two uniformed officers delivered ‘the news,’ I read H. Norman Wright’s book, Recovering from Losses in Life, and in particular, what not to say to a grieving person. As I read through God’s heads up, shame and regret flushed my cheeks. “Oh man, have I ever been stupid. I’ve said that, and that, and that to grievers.”

Just as others suggested ridiculous, distressing, ill-timed cliches, I’d offered the same what-not-to-says when I felt uncomfortable in the silence of their presence and mourning. In the following months, when proffered stereotypical, unhelpful comfort, I laughed and dismissed their unintended offense. Faith and advice untested is worthless.

The Crazy of Death

The problem of death presents problems after death — the crazy of mourning. I’ve met parents whose dead child becomes their new identity. If I did that, my fallen son would find a way to kill me, for sure. I’ve seen survivor victims one-up other survivors. Really? Your pain is worse than mine?

I’ve often said that funerals trigger every entombed, unhealed dysfunctional family or personal issue. And I suspect that judging or lashing out at others distracts mourners from the hard, exhausting work of leaning into heart-pillaging pain to process our worst fears realized.

Pain is pain is pain. Mourning is mourning is mourning. My pain and mourning doesn’t trump yours. Your pain and mourning doesn’t trump mine. My life in a safe bubble differs from lives lived on danger’s edge. When a Ranger or veteran of pain tells me, “I’m so sorry for your loss, Ma’am.” I know he’s not just mouthing trite words. I know he understands, better than the other 99.55%, who’ve never served. A warrior’s shared grief comforts this momma’s heart.

I trained my child who grew into a warrior. You trained with warriors like my son. How many meals did I prepare and eat with my son? How many MRE’s did you eat with someone’s beloved child? My son fought against my parental rules. You fought together against the lawless. As a mom, I’d give my life for my son. As a warrior, you’d give your lives for each other. And now my son and your fallen buddies, gave the ultimate sacrifice: “Greater love has no one than this, that one lay down his life for his friends.” (John 15:13, NASB)

I know we’re not supposed to compare, but I do. I lost one son and I struggle dealing with that loss. I can’t imagine how you process multiple losses of men as close as your skin or kin. When suffering doesn’t make sense, I’m humbled, honored and comforted when I’m among your good company.

And this momma’s heart worries and wonders about those who share in my suffering. My heart aches with you and for you as we process the sacrifice of those gone too soon in this far-too-fleeting life. A day does not pass without thinking about those who served. I’m forever grateful for the sacrifices you made and a simple thank you will never be enough.

Reflection: Are you afraid to contact a Gold Star parent? Most long to connect and support you. What are some specific ways Gold Star parents can support you in your grieving? To the extent that you’re comfortable, please share ways others have comforted or understood your mourning.

Resources: Are you a grizzled, experienced warrior who’s stuck or still needs to process the traumatic loss of a battle buddy? Grief follows its own timetable. Honor the life of our fallen sons and brothers by seeking help when you need it.

This first appeared in The Havok Journal on November 11, 2014.