HomeCultureMorality in War: A Not So Merry Christmas Story 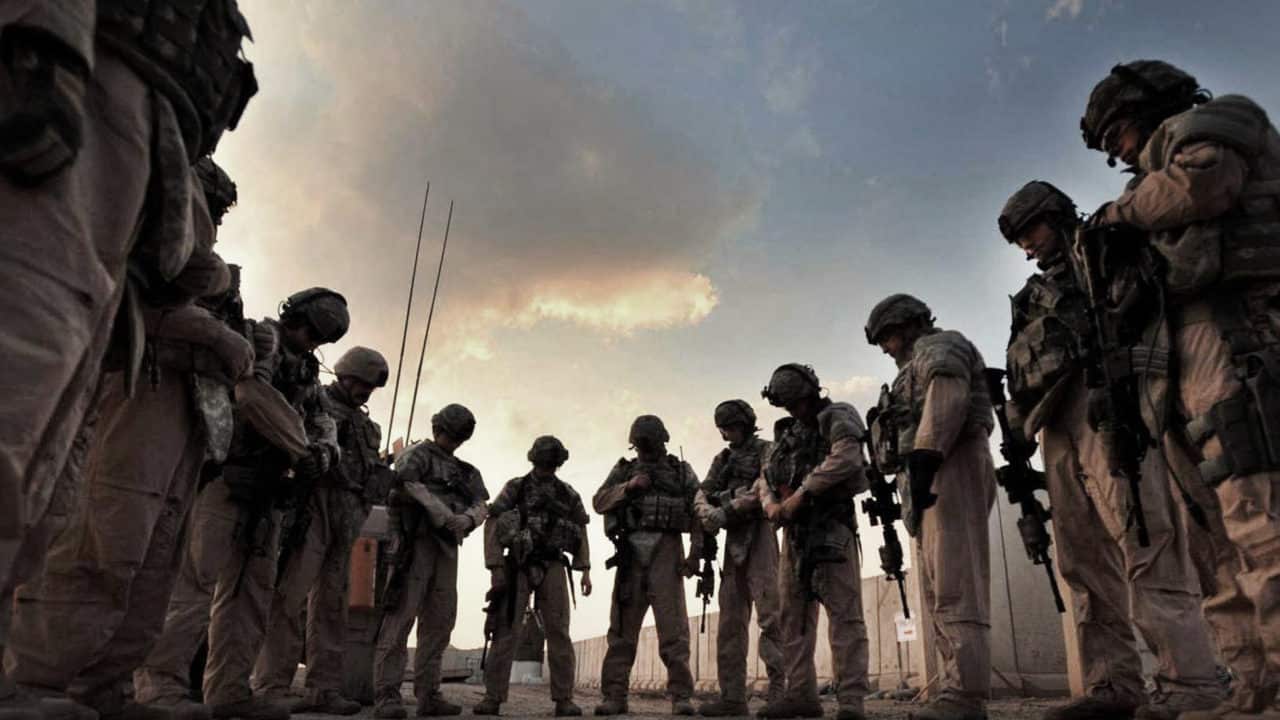 “He whom you see evil may be the greatest of all Saints.”

He mastered the greatest plan, which inevitably brought together the greatest of followers. He gave us His one and only son only to later be sacrificed for our atonement. And that son became man through an immaculate conception.

The miracle of Jesus is more than just that of Mary giving birth to a baby without the introduction of natural insemination from her husband, Joseph. Culturally, it may be perceived as the greatest miracle of all time.

In many cultures during the period leading up to the birth of Jesus, adultery was identified as a crime punishable by death. Even long after His birth, the Bible discusses punishment for adulterers.

“If a man is found sleeping with another man’s wife, both the man who slept with her and the woman must die.“ — Deuteronomy 22:22

“If a man commits adultery with another man’s wife–with the wife of his neighbor–both the adulterer and the adulteress must be put to death.“ — Leviticus 20:10

The Lord Our Savior knew the laws mankind placed on HIS Kingdom. He knew more than anyone what could happen to Mary once the population learned of her pregnancy—especially if Joseph turned his back on her. But the Lord knew His power was much greater than the laws set forth by mankind and Mary maintained her faith in the Lord.

Many will claim that which is written in the Bible is the Word of the Lord. Others understand that the Lord Our Savior Jesus Christ did not write one word inside the Bible, but rather the words written within were so through his prophets. (Now, let the theological debate begin.)

Some could easily conclude that the Lord Our Savior placed His greatness over the laws of mankind. And through His miracles of life, He protected Jesus while in the womb of Mary because He protected Mary ensuring her own husband, who had difficulty accepting the immaculate conception, believed in something much greater than, not only himself but the powers who created “man’s laws.”

The Immaculate Conception, during times of civil unrest, elitists abusing their power to control the people, and even times of war, maybe the greatest example of identifying how morality overrides the law. It is arguably the primary foundation between the case of natural law vs man’s law.

“The world needs men who uphold the highest of morals willing to fulfill the most immoral acts to protect those who lack the courage to do so themselves.”

In the aforementioned quote, morality should not be confused with legality. Long ago, I was told something that has stuck in my head ever since the day I heard it.

“In order to save a life, sometimes you must sacrifice a life.”

Since the war in Afghanistan began, the United States and our coalition partners sacrificed many lives all in the vein to prevent more atrocities like those witnessed on 9-11-2001.

Some individuals have done things while fighting these wars they would never normally do outside of war. Unfortunately, some of these persons have been labeled as “murderers.” And yet the word “murder,” today, is a legal term not to be confused with killing.

If anyone ever read the Old Testament, they would realize God ordered the killing of many. In fact, Samuel 15:3 reads: “Now go and strike Amalek and devote to destruction all that they have. Do not spare them, but kill both man and woman, child and infant, ox and sheep, camel and donkey.”

Do not think for a moment God was against killing. Some could argue during times of need such as war, God actually condoned the act as seen in Joshua 4:13: “About 40,000 ready for war passed over before the Lord for battle, to the plains of Jericho.” God actually ordered Israel to kill their enemies when they entered the land of Canaan.

Today, however, wars have not been about submission for the greater good, but rather emplaced for, and by, those unwilling to commit to the acts of killing for reasons outside the total destruction of evil to be replaced with good upon the submission of the enemy.

Today’s wars are fought with laws by one side, all the while against an enemy who does not abide by such laws. And sadly, more often than not, when the enemy is captured, he is released back to the world population committed to his acts of violence. On the contrary, our own soldiers who commit “crimes during war” are often sentenced with much harsher penalties.

The insanity is overwhelming.

Imagine playing a game of chess. You know the rules, but your opponent chooses not to play by the rules set forth. You have two decisions 1.) Stop playing, or 2.) Learn your opponent’s psyche and accept that your rules make the game impossible to be won; therefore, stop using your rules knowing they will be used against you.

America cannot, will not, ever win another war again; because our false morality will prevent us from doing such.

Wars are meant to be swift and implemented with extreme violence. Casualties of war need to be accepted. World War II was the last war where we upheld true morality for the greater of mankind. And per today’s social moral warriors, we conducted thousands of war-crimes per today’s psyche. Suggest reading about the ears, bones, and teeth taken from Japanese soldiers as war trophies. Specifically, read Skull trophies of the Pacific War: transgressive objects of remembrance.

In war, people must die. It is ugly. And at times, the inhumanity of such is critically important if for any reason, the ugly inhumanity serves as a critical psychological campaign message helping the enemy make the decision to submit before he faces his own death.

And yet today, people want to place themselves high on a pedestal when they learn about American servicemen and women involved in alleged “war crimes.”

President Franklin Roosevelt who once received and graciously accepted a letter opener made from a Japanese soldier’s arm bone must be rolling in his grave. So is the man who once said, “He without sin shall cast the first stone.”

This first appeared in The Havok Journal on December 20, 2018.