HomeCultureMilitaryWant to remedy malaise in the Army today? Start by improving enlisted barracks 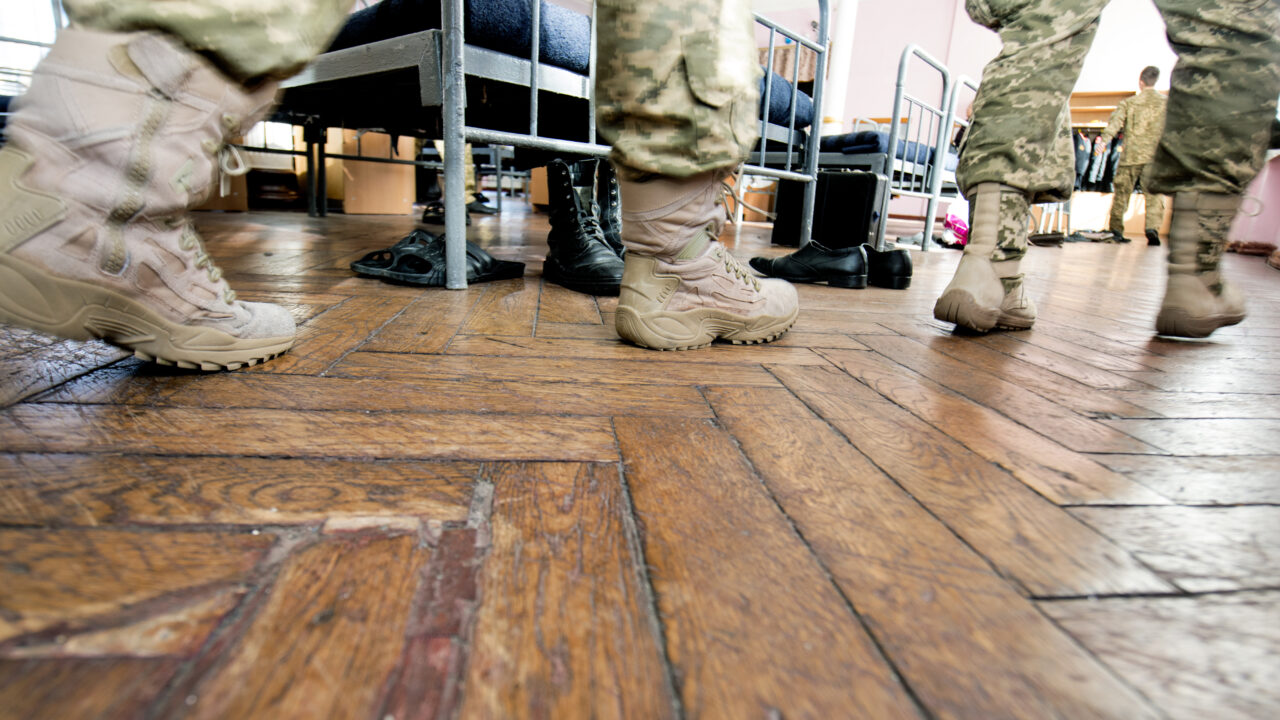 If you want to improve morale, discipline, and reduce soldier suicide in the Army, better quality of life in the barracks is a good first step!

At a barracks room in Fort Bragg, North Carolina, a young soldier is preparing to pack his belongings and move to temporary barracks across post… this will be the sixth time that he has changed barracks in less than two years since he was assigned to his unit.

The reason for the move? His barracks are in deplorable condition.

Mold, pest infestations, and poor-quality tap water top the list of the multitude of issues associated with the barracks…barracks originally constructed just over a decade ago. Prisoners at the U.S. Disciplinary Barracks at Fort Leavenworth live in cleaner and healthier accommodations.

As the soldier packs his belongings, he focuses on the immediate task at hand, while in the back of his mind he is thinking, “I can’t believe I have to move again… I hear the temporary barracks are worse than our current barracks… why does it take over two years for our barracks renovations to be completed!?” “And they asked me if would reenlisting–ha!”

Currently, there is much discussion in senior Army circles about the necessity to change the Army’s culture.  The need to revamp and revitalize how the Army conducts its core business, from empowering subordinates, embracing inclusivity, being less risk-averse, to eliminating bureaucracy.

But to the rank and file, there is a much simpler formula for improving the Army culture and optimizing soldier performance, and it begins by giving them a place to live that makes them feel valued.

In that regard, Army senior leaders are failing on an epic scale.

In February 2021, the Chief of Staff of the Army, General James McConville stated at a virtual webinar hosted by The Heritage Foundation that the Army’s primary upfront investments will be in people.

Indeed, the buzzwords so often heard from Army leaders is that “taking care of soldiers” is a top priority, that personnel in the Army are its “most valuable asset.”  And yet, these words fall short to the young, enlisted soldiers as they look around at the often-appalling living conditions provided for them.  It is hard to convince a young soldier that leaders truly care when he or she lives in a mold-infested room and has brown water coming from the tap.

Home to Airborne and Special Operations Forces, Fort Bragg is the center of the Army universe. Arguably the best soldiers in the United States Army are stationed at Fort Bragg, hosting the 18th Airborne Corps, 82nd Airborne Division, and U.S. Army Special Operations Command to name a few of its tenant commands.  It represents the very core of the Army’s elite, with the highest priorities for resourcing and manning.

And yet, ironically, the post suffers from acute and chronic deficiencies within its barracks, notably in those belonging to the 82nd Airborne Division.

On December 31, 2021, The Fayetteville Observer reported that a United States senator from North Carolina asked the Secretary of the Army to immediately address conditions in Fort Bragg’s barracks.   In a letter to Secretary of the Army Christine Wormuth, Republican Senator Thom Tillis said that his office was contacted, with photo evidence of mold, in Fort Bragg’s barracks.

“It has come to my attention that many unaccompanied housing installations at Fort Bragg, North Carolina are experiencing issues due to mold and outdated infrastructure,” Tillis wrote.

The article went on to state that in October 2020, about 200 soldiers under the 1st Special Forces Command’s 528th Special Operations Sustainment Brigade were temporarily moved after faulty heating, ventilation and air-conditioning systems caused moisture and mold in two barracks buildings.

“Every report of mold in our barracks is elevated to the top of our priorities and receives an urgent response,” Pence said. “On average, all mold reported in Fort Bragg barracks is fully remediated by our Directorate of Public Works within five days.”  Colonel Pence continued saying that 24 of Fort Bragg’s oldest barracks are either undergoing renovations or scheduled for renovation in 2022. “All renovations will correct original design issues that make mold conditions more likely.”

“We take these types of issues very seriously and we’re constantly inspecting our paratroopers’ barracks to ensure they are maintained to the high standards they deserve, just as we did after 1st Brigade’s historic deployment to Afghanistan in August,” Donahue said in a statement. “Taking care of our paratroopers is a paramount concern of every leader in this division, one that we focus on daily.”

As encouraging as these statements sound, they ring hollow for the soldiers who view key leader engagement on these problems as too little, too late.  It also brings little consolation to the hundreds of soldiers who are displaced to substandard temporary barracks or placed on a continuous carousel of moves from barracks to barracks while their own undergo needed renovations.

Today’s soldiers recognize that barracks are not meant for luxury living, nor is there any expectation of that on their part.  Unhealthy, dysfunctional, and poorly maintained barracks however is not a reasonable expectation.

This brings to the forefront several burning questions. Why were these buildings constructed to such a poor standard that they possessed “design flaws that make mold conditions more likely?”  How did these barracks become dilapidated, and mold-ridden, in the span of a decade? Why has it taken Army leadership years to address these deficiencies, compelling soldiers to write to Congress when it should be a front and center issue for leaders? Why is the construction of barracks not standardized across all Army installations and why is there such a discrepancy of barracks quality among the Services?

All important questions that are moot at this point… what needs to happen now is immediate, direct, and committed action by Army senior leaders to resolve the issue. If the Army leadership is truly vested in caring for soldiers as it claims, completion of these required renovations will be measured in weeks, not years.  But alas, as a general officer once said, “if the command really thought it was an important enough priority, it would find the resources needed to take care of it immediately.”

It is difficult to appreciate how millions of dollars can be rapidly surged to house and care for displaced refugees, while American soldiers continue to live in run-down, unhealthy, and substandard barracks.  Such an environment hardly inspires soldiers to “Be All They Can Be,” to borrow an old Army recruiting slogan. Rather, it is not a stretch to conclude that such living conditions contribute directly to poor individual morale, discipline problems, soldier readiness issues, and even suicide.

We ask much from our young soldiers, they deserve a decent place to call home during their enlistment.  Army senior leaders must take steps to remedy this situation and provide a quality of life commensurate with the sacrifices expected from these young men and women.

There is a story of King Henry VIII dressing as a commoner and walking the streets of London at night to see if the constables were doing their job.  Perhaps Army senior leaders should follow suit; put on civilian clothes, find a vacant room and spend a weekend living in the barracks. It would be an eye-opening experience, one that would give real insight into the plight of our soldiers and hopefully spur them to act.

If only Army senior leaders were so bold…