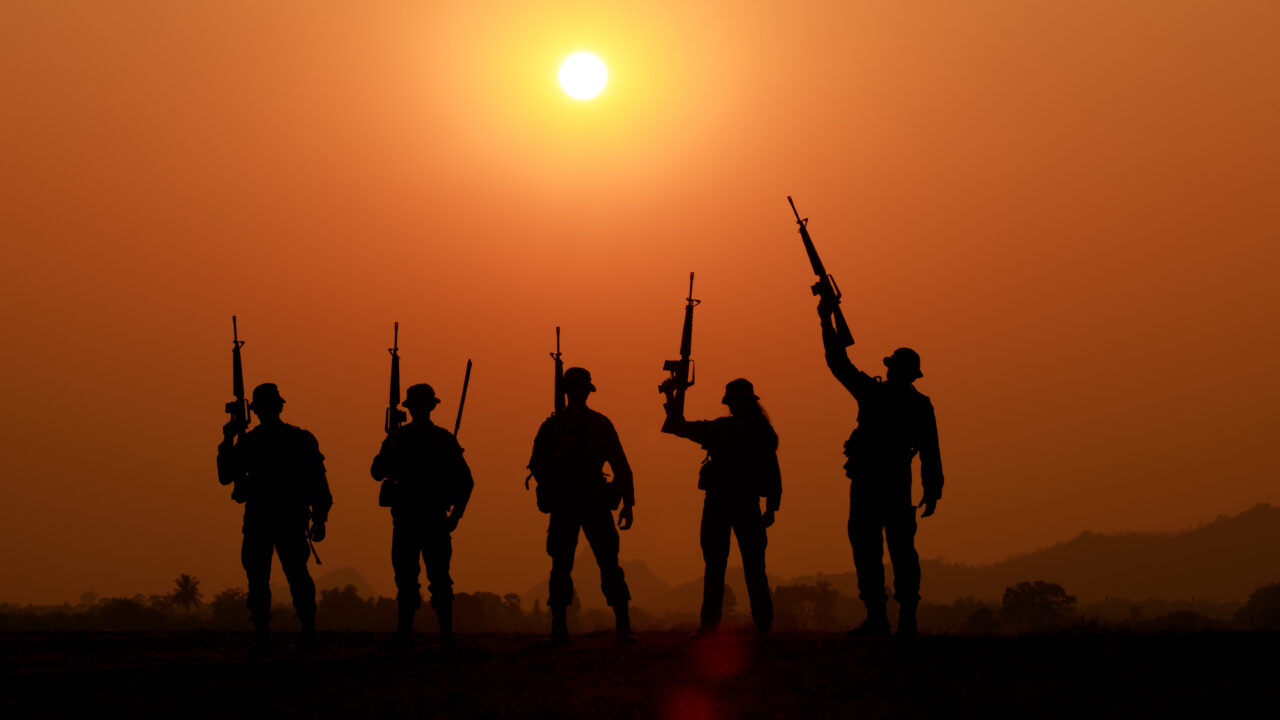 This article first appeared in Black Rifle Coffee’s Coffee or Die Magazine in October of 2019 .You can read more great Coffee or Die articles here.

In my current job, I am part of a large strategic-level staff section consisting of junior enlisted Soldiers, noncommissioned officers (NCOs), warrant officers, commissioned officers, Department of the Army (DA) civilians, and contractors.  The manning in my small division within this organization is almost evenly split between field grade officers, senior warrant officers, contractors, and DA civilians.  Although I have none working directly for me, I talk often with the Soldiers and NCOs in other divisions in the course of my duties.

An experience I recently had with a senior NCO in another division after I casually mentioned my pending Department of the Army (DA) photo gave me the opportunity to reflect on the impact that NCOs have on our Army, and have had on me personally, and the kinds of things that make the US Army’s NCO Corps “Uniformly Excellent.”  It went something like this:

NCO:  “Oh, so you have your DA Photo for your promotion board tomorrow.  Who’s going with you?”

Me:  “What do you mean ‘who’s going with you?’ No one’s going with me, this is a DA photo not a Solider of the Month board or an Article 15 reading.”

NCO:  “OK sir, well who’s inspecting your uniform before you go down there?”

“Well, I‘m going to ask the guys in the shop to look it over, but I’ve been in the Army over 23 years and I don’t really need an ‘inspec-…’”

For those who don’t know, in US Army parlance a “DA photo” is the photograph that goes into one’s official military file, and is essential for things like promotion boards and command selections.  The photo is taken in the formal Army Service Uniform, which most of us old-timers refer to as “dress blues.”  People make a lot of judgments based on the photo:  Does this person look fit?  Do they look “commander-ly?” What sex and race are they?  Are they not wearing any awards they’ve earned, or more importantly, are they wearing any decorations that they haven’t earned?

Because of the extreme importance of this photograph, it is taken very seriously and it’s quite common to have someone go with you to the studio to make sure everything is straight and professional-looking.  It’s kind of like bringing a squire along for a jousting match.  It’s fine to do all the prep work beforehand, but the preferred method is to bring someone with you who can help with last-minute adjustments to make sure everything is straight, even, and crease-free before the photographer starts snapping pics.

I have a board coming up, but I’m not competitive for the next rank so my DA photo doesn’t really matter.  Nonetheless, it’s an expectation of the profession to get this done, so I dutifully booked an appointment and prepared my uniform.  About an hour before my appointment I closed the door to my office and changed into my dress blues.  I then asked my civilian deputy, a former Army E7, to look it over.  After that, I called the NCO who offered to inspect my uniform for me, and he came down to my office.  We made final adjustments, and I then took the short drive down to the photo studio.

I admit, it was useful to have a knowledgeable NCO look over my uniform before I went for my DA Photo.  I didn’t do that last time, and I made one rather conspicuous mistake and a handful of minor ones (see photo).  I mean, it’s not like I attended the State of the Union address with my entire ribbon rack inverted, but yeah, I could have used a little NCO love.  Hopefully I managed to avoid any issues this time.

My session went uneventfully.  The photographer was a total pro, helping me stand so that my hands held in my sleeves (to prevent wrinkles) and that my arms were cocked in a certain way to show “waist gap” (i.e. to show I wasn’t fat; I didn’t even know this was a thing).  She even turned me so that the seven “combat stripes” on my right forearm were clearly visible.

Partway through the shoot, I realized that this was probably my last DA photo session ever.  I will not get picked up for promotion, and I have a few years left until mandatory retirement.  It was a weird feeling to recognize that I would probably never have to go through this rigmarole again.  As I got ready to leave, a master sergeant and a staff sergeant were standing in the reception area fussing over a young female Signal Corps captain, making sure every pin was properly placed, all of the spacing was 100% within regs, and every bit of lint was culled from her spotless dress blues jacket and skirt.

I was a little emotional on my drive back to the office, thinking about the interest the two NCOs showed in the professional success of that young captain, and the investment NCOs made in me during my 20+ years in the Army.  I remember First Sergeant Donlin from when I was commanding an intelligence company in the Second Infantry Division in Korea on 9/11.  I remember Sergeant First Class Devine from my three deployments to Afghanistan as the S2 for 2/160th SOAR. Master Sergeant Rhinehart was my detachment sergeant on my first tour in Iraq, back when I commanded the Group MI Detachment and the Group Support Company in 5th Group.  And I can never forget Sergeant First Class Watson and Petty Officer Gordey from my time in JSOC.

But the NCO who I remember most is my first platoon sergeant, Sergeant First Class Ellery Edwards, who was actually my platoon sergeant twice when I was an Infantry-detailed officer in Delta Company, 1-327 in the 10st Airborne.  He taught me what right looks like, both for officers and for NCOs.  I will be forever grateful for those lessons, some of which I will detail in a later article.

But for now, I want to bring it back to the start of this story.  The NCO from another division who took the time to help me with my uniform isn’t “my” NCO.  I’m not “his” officer.  But he cares enough about the Profession, and about me, to personally ensure I get this right because he knows how important it is.  NCOs do this kind of thing all the time, every day.  “No one is more professional than I…” the NCO Creed states, and for almost all of my career, that’s what I’ve seen from the NCO Corps.  No matter how long an officer has been in uniform, and whether it’s about “uniforms” or any other issue, he or she would be well suited to solicit and consider the advice and counsel of NCOs.  Not every NCO is great, of course, and “always do what your NCO says” is bad advice, especially for young officers.  But it’s been my great privilege to experience great NCOs across the duration of my career, and after 20+ years I’m comfortable in saying that excellence is uniformly distributed throughout the NCO Corps, which is a great strength of our Army, and a great benefit to its officers and Soldiers.

At the time this article was written LTC Charles Faint was an intelligence officer serving as the G2 Operations Chief in United States Army Pacific (USARPAC). He is seven-tour veteran of the wars in Afghanistan and Iraq, a Yale University graduate, and owner of the military-themed blog The Havok Journal. This article is a personal vignette and does not reflect an official position of USARPAC or the US Army.