HomeCultureMilitaryUnexpected Lessons in a Combat Zone 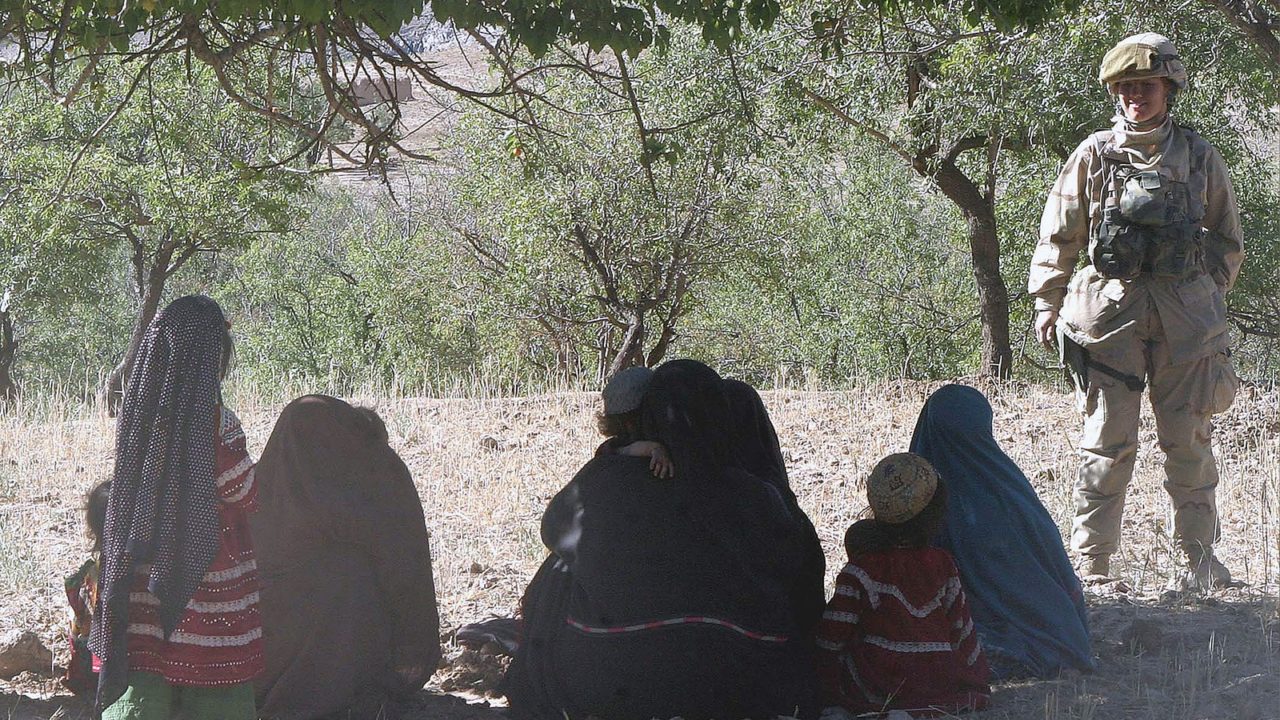 Editor’s note: Photo information at end of the article.

Don’t worry. You’ll be safe. Women don’t go into combat.” My husband assured me as I lay with my head upon his chest while discussing my fears about my upcoming deployment. His dismissive response annoyed me, but, in the end, he was right.

In 2004, it was against the law for women to serve in ground combat operations below the brigade level, which was good news for me! Especially since I had blown off all the training and lessons on this topic during Field Medical Service School (FMSS), well, beyond retaining the necessary facts needed to pass the tests, that is.

I knew that I wouldn’t need to retain combat information like land navigation, operating a radio, becoming proficient with using and cleaning a firearm, learning squad formations, etc., long term because I was a female Corpsman. The expectations were different for me and my male counterparts regarding where and how we would practice medicine with our respective greenside units.

Come to find out, once the 22nd MEU arrived in Afghanistan, the rules about women’s roles in combat altered drastically overnight. I quickly learned that everything is subject to change, especially in a combat situation where the mission comes first.

Problems came to light as soon as our boots hit the ground, and the powers-that-be made changes to address those issues. That’s how several random women and I got assigned to the Battalion Landing Team (BLT) 1/6 ground maneuver elements as female searchers. Unfortunately, unlike the other female searchers, I was lost in the sauce.

I got put on the 22nd MEU roster last minute when another female corpsman became non-deployable for health reasons, so I was her replacement. Meaning, the newbie fresh out of FMSS (who had mentally data dumped everything she could after passing FMSS) missed all the field ops and workups that everyone else on the MEU had participated in, in preparation for this particular deployment. Thus, I was wholly unprepared for what came next, and it showed in the stupid and embarrassing things that I continuously did out in the field.

For instance, while riding shotgun in a random vehicle that I got told to go sit in, while we drove to our next rendezvous point with the rest of the convoy, I thought I had “found” a package of jalapeño cheese spread from an MRE. I was starving, so I ate it. It turned out that I was wrong. That cheese spread belonged to somebody else, you know, like to the guy screaming in rage at me as the driver of the HUMVEE got between us when he came looking for his food.

How was I supposed to know the guy was saving it for later?!!!

Man, I had to do some serious wheeling & dealing to get that guy another package of jalapeño cheese spread to replace the one that I had eaten, in addition to an extra package of cheese spread as an apology. Anyway, the Marine took both cheese spreads, but he never forgave me. Instead, he gave me the stink eye every time we crossed paths for the rest of the deployment.

Lessons like field etiquette as it pertains to chow time do not get taught in a classroom. They are more like crash & burn experiences you gain along the way as you piss people off. I wish I had learned about the sanctity of food in the field (in general), especially jalapeno cheese spread in particular, before making an enemy for the rest of the deployment. Speaking of things not really talked about until the need arises, going to the bathroom was another interesting issue for me as a female in the field.

One night, on top of the mountain that Charlie Company had established as a temporary area of operation, I squatted over the pants wrapped around my ankles and tried to hold my trousers out of the way so that I wouldn’t pee on them accidentally. I didn’t want to add the smell of urine to the stench of body odor and sweat already permeating my uniform since we hadn’t bathed or washed clothes in weeks.

As soon as the ominous sound of a metal belt buckle, clinking down the side of the mountain, echoing through the silence of the night reached my ears, I froze in place. The realization of what just happened brought home the fact that I had more significant problems to deal with now. Like, how was I going to keep my pants up?

All I can say is, thank goodness for cravats! They make excellent makeshift belts. Likewise, after another uniform malfunction a few days later, I also discovered that zip ties are quite useful in holding broken helmet straps in place too. As you can imagine, I was a mess out there. Not on purpose, of course. But I have a knack for racking up “un-cool” points, as the guys say, with my less than perfect military bearing and undignified mishaps.

Regardless, I am happy to say that when shit hit the fan, I shined where and when it counted. I also discovered that most blunders in the field are forgivable as long as you hold your own and don’t make things overly hard on anyone else. That unspoken rule, learned in Afghanistan 16 years ago, has served me well on this side of my DD214, in marriage, when dealing with friends and family, and working with other professionals.

It appears that some of life’s best lessons truly are learned at the worst times and in the most unlikely places.

This first appeared in The Havok Journal on January 13, 2021.