HomeCultureMilitaryToxic Exposures: Feeling like Sh*t All The Time Isn’t Normal 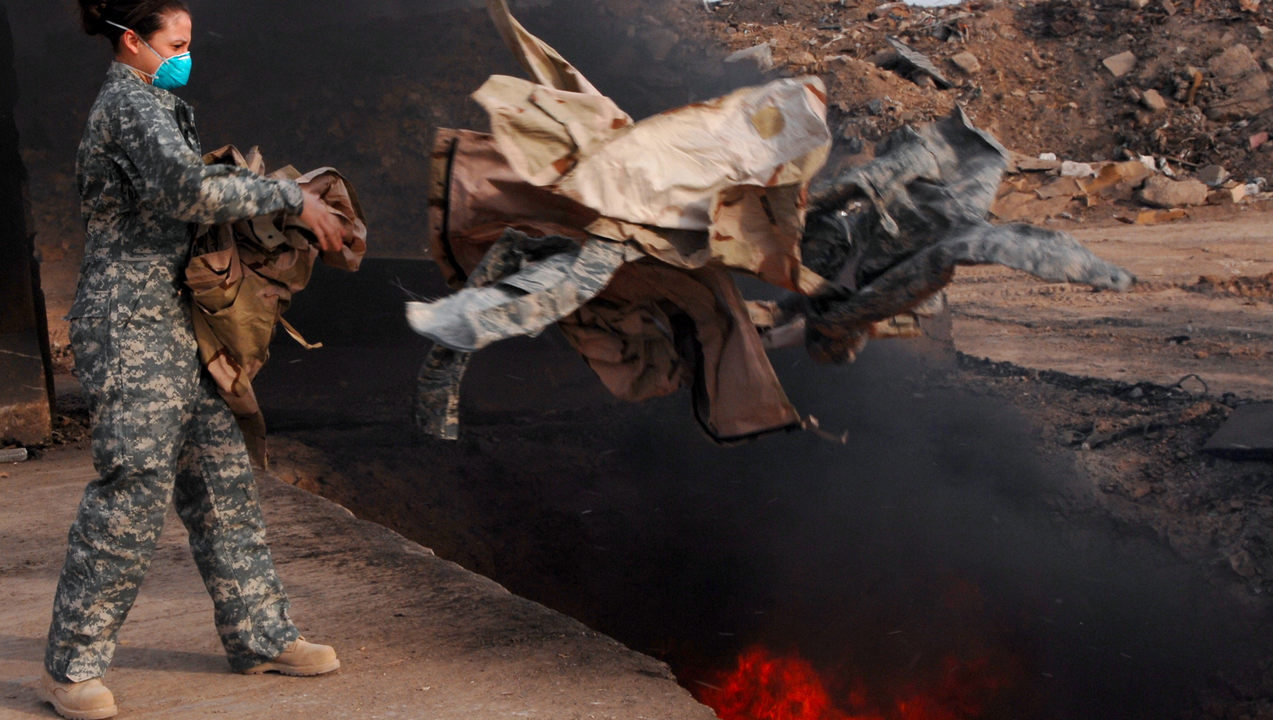 This previously appeared in The Havok Journal but remains an important issue including recent legislation: Presumptive Benefits for War Fighters Exposed to Burn Pits and Other Toxins Act of 2021. 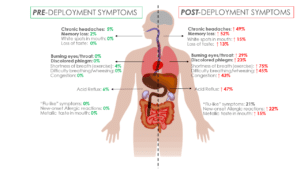 It’s been 10+ years since your last deployment. You haven’t thought about the black smoke or pungent smell much since you left. Never thought twice about the multiple antibiotics you had to take or the dust storms that enveloped you when you were on a run. It was something that was an accepted part of combat. Well, it’s time you reflect and take time to learn about your exposures because they may help solve the puzzle of your health.

For some, transitioning into civilian life, feeling like crap, being fatigued, battling sleep apnea, memory loss, headaches, and constant sinus infections, have been the norm. These symptoms have been accepted as a way of life, and there is rarely a correlation with previous exposures when evaluating the current symptom, by either practitioners or individuals. The reality is service members do not deploy unhealthy, but often they return with a multitude of acute and chronic symptoms, some of which only begin to manifest years after their deployment.

A research study, conducted by HunterSeven, a non-profit organization led by veteran military nurses, revealed that approximately 95% of OIF veterans are potentially suffering from long-term health issues from exposure.

Veterans that participated in the study reported chronic respiratory issues, gastrointestinal complications, skin conditions, and sleep disorders to name a few. The research showed some symptoms that were present during deployment subsided or were no longer deemed “acute” once the individual left the combat zone. However, the lasting impact of the exposure is what’s most concerning and was the impetus for the research.

The years between symptoms and exposure decrease the correlation between the two, leading to delayed diagnosis and unnecessary suffering. This lack of awareness is sickening veterans at a rapid pace. Rare cancers and physiological conditions are taking the lives of veterans post-deployment. Stories of young service members being diagnosed with diseases that are commonly found in people over 60 are being reported to HunterSeven regularly.

The increase in advanced disease with grim outcomes is often attributed to the late-stage diagnosis. Symptoms were ignored or devalued because historical references were not considered during the evaluation, and leading questions were not asked upon initial complaint.

This is why the HunterSeven Foundation is pushing for processes and software to be implemented at healthcare facilities that prompt the intake practitioner to ask questions specific to a veteran’s experience, exposure, and symptoms. The intention is to help discover information that can quickly and effectively reach a more specific diagnosis.

However, it will be a while before that process can be adopted widely. In the meantime, the onus is on the individual to understand the impact exposures have on their health and carefully evaluate their existing symptoms.

Toxic exposures are more than just burn pits. The particles, the dust, the insecticides, the munitions, and the antibiotics are all exposures for service members in Iraq. The burn pit residuals, military waste, and chemical weapons that accumulated or leaked into the sand over the course of the current and previous deployments to the region, and thus, pose a cumulative inhalation/contact hazard. The Iraq environment’s winds, climate, topography, and altitude, are factors that may have uniquely impacted risk and should be considered. Most service members were exposed to one or more of these toxins simply by being in the region.

If you were deployed, you should start paying attention to your health and symptoms NOW. Evaluate your exposures, record them in a personal medical journal, and on the  Veterans Affairs Website, educate yourself on toxic exposures, and most importantly, take control of your health. Military toxic exposure awareness within the medical field is progressing. Still, it is a long way off from being broadly understood at a level where it can be applied widely to patient diagnosis. For this reason, you must be your own health advocate.

Bottom line – it’s not a matter of if you were exposed, it’s a matter of when and how much. It’s on you to answer those questions for the sake of your health.