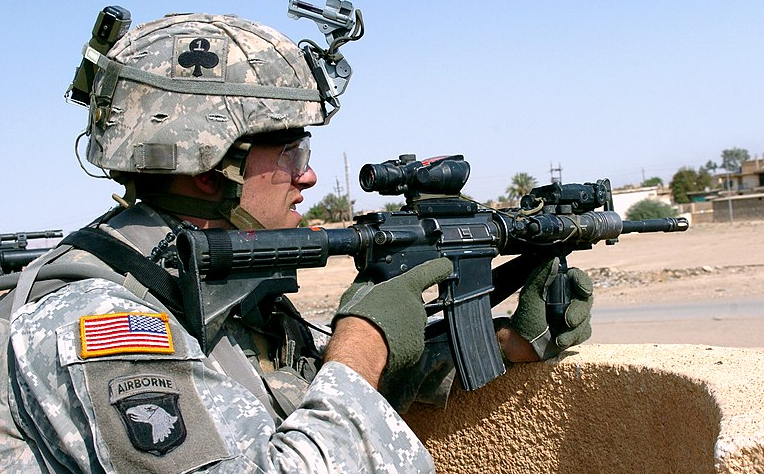 This first appeared in Frank’s blog on April 24, 2016, as “Wall to Wall Counseling.” It is republished here with the author’s permission.

Karin, Hans, and I were at my sister-in-law’s apartment, hanging out. Shawn’s phone rang, and she said to the caller:

“Yeah, we’re all here. I’m working on my blog, and Karin is knitting. Hans and Frank… well, they’re talking about blowing stuff up.”

Hans and I finished talking about things that go boom, and then Hans mentioned how he used to kick in doors and clear out buildings while he was in Iraq.

“Yeah, Dad, it was dark and I was the first guy going into the room. The next guy tossed in a flash grenade but didn’t tell anybody that he was going to do that. The flashbang went off, and I couldn’t see or hear anything. I was yelling at the top of my lungs because I couldn’t even hear my own voice. I took off the NVGs (night vision goggles), but all I could see were green spots.”

“Yeah, but we worked it out later. We had some ‘wall to wall counseling’.”

“That’s when two guys go into an empty room and resolve their issues in there.”

“The bad part is now the Army says we can’t do that. I guess that ‘he fell down the steps’ isn’t a good enough answer anymore.”

“Did you ever fall down the steps?”

Hans looked at me and said, “Once.”

There was a pause and then Hans said, “A pillowcase with a few soap bars in it worked the best. The guy might get a few bruised ribs, but that’s it. I never went for the face.”

Hans stared at me and said, “Because a face shot brings up questions that nobody wants to answer.”