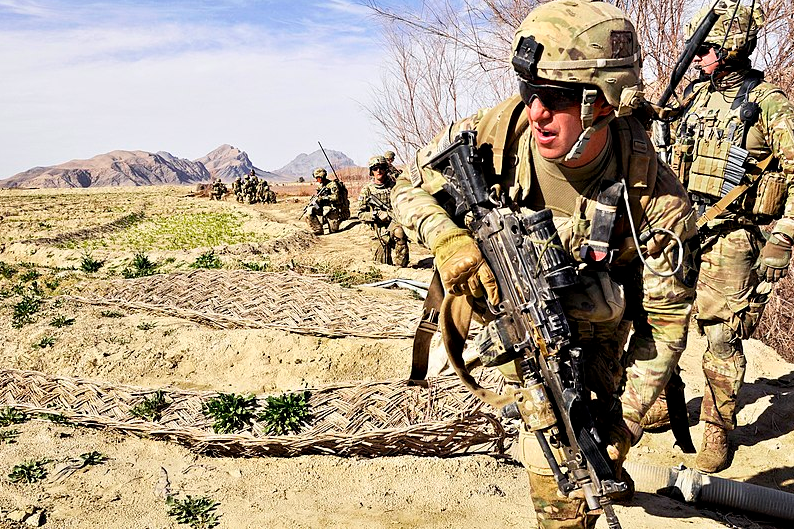 This first appeared in The Havok Journal on September 8, 2021.

On a crisp morning within the desert plain of a United States Army base in the southwestern United States, Soldiers are conducting physical fitness training in small separated groups with masks on, similar to many mornings before this one and yet significantly different.

This morning’s workout focused on core and quick twitch muscle activation. In an attempt to prepare for the latest 3.0 version of the United States Army Combat Physical Fitness Test (ACFT). This being the third variation they have had to prepare for during COVID. This preparation is being done with no, to minimal, equipment due to a failed Department of the Army equipping plan. Standards are a continuously moving target for Soldiers due to the involvement of Washington D.C. citing unrealistic standards and higher failure rates overall but particularly female Soldiers.

The United States Army is in a purgatory of fitness. Soldiers impacted by changing standards, are unsure of what the basic requirements will be in order to prepare. This vignette showcases how politically correct involvement upon one preparedness facet of the Army acts as a distraction from lethality. Policy and politically charged mandates, along with “knee jerk” reactionary training have continued to plague the force and sap lethality in earnest for over 24 months.

This is prevalent in examples such as the Secretary of Defense mandated training on extremist behaviors in September of 2020. On top of the slew of annual, semi-annual, quarterly, monthly, weekly requirements, the highest position of defense deemed that awareness of extremists was important enough to halt operations and rob valuable training time towards core functions that result in lethality.

“I truly believe the Army is better today than ever before” – 12 FEB 2021, United States Army General Officer, address to Division level formation.

This quote is so bland that it could be attributed to nearly any Army leader. The more one hears this type of statement one is left to believe that it is just an overgeneralization of another 30 year veteran of the force who is simply toeing the line and propagating the mainstream message. One cannot state whether that General Officer believes in what they stated or if the above statement is quantifiably true. Do “better” work environments equate to lethality on the battlefield? It seems the point is that the working environment having been enhanced to be more inclusive and less abrasive thus creating a more prepared force.

Among the sliding scales of physical fitness, the flavor of the week, and political environment required training, the Army’s time is being traded for training on topics not directly related to destroying adversaries on the field of battle. Enemies of the United States are not expending time or resources on making their work environments or working relationships more palatable, they are adapting faster and innovating quicker, optimizing their time to create effects on the battlefield, perhaps there is a lesson there for the United States.

Joshua is a graduate of Indiana University Class of 06’ where he was commissioned as a United States Army Air Defense Officer. He holds a Master’s in Military Operational Arts and Science from the United States Air Force Air Command Staff College. He serves as the Active Defense Chief at the Army Air Missile Defense Command level within the Combined Air Operations Center.  He additionally served a three-year tour as an Operational Advisor with the U.S. Army Asymmetric Warfare Group as a Troop Commander and the Group S-3. His other works include Defining Cross Domain Maneuver for the 21st Century, the U.S. Army Travel Awareness Handbook and multiple articles within the Small Arms Review and the Asymmetric Warfare Journal.